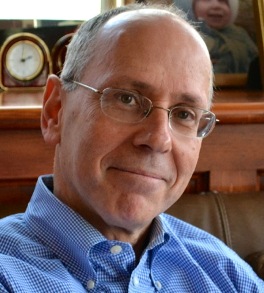 Roger Longman is CEO of Real Endpoints, a start-up company focused on pharmaceutical reimbursement, and aiming to help both payers and product developers improve the value of pharmacotherapy.

Roger Longman is CEO of Real Endpoints, a start-up company focused on pharmaceutical reimbursement, and aiming to help both payers and product developers improve the value of pharmacotherapy. Its first product assesses – systematically, objectively, and transparently – the value of drugs relative to their competitors. Until November 2009, Longman was Managing Director, Pharma at Elsevier Business Intelligence, a Reed Elsevier company. He has been involved with the health-care industry for more than 25 years. From 1990 through 2008, Longman was co-CEO and managing director of Windhover Information, a company providing analysis and data around pharmaceutical and medical device business strategy through publications, databases and conferences.

Longman co-founded and built the company through internal development (with publications such as IN VIVO, Start-Up and The RPM Report, several databases, including The Strategic Transactions Database; and a series of senior-executive conferences), and through acquisition. In 2008, Windhover was acquired by Reed Elsevier and merged with its FDC Reports division (publishers of The Pink Sheet, The Gray Sheet and many other medical-industry newsletters), creating Elsevier Business Intelligence. Longman ran the combined group’s pharmaceutical business until he left in 2010 to begin working on Real Endpoints with Norman Selby, who had been Windhover’s chairman and lead investor.

Over the years, Mr. Longman has become recognized as an expert in biopharmaceutical strategy and often speaks at key industry events organized by important trade organizations, investment banks, venture capital firms and leading pharma and biotech companies. He lectures regularly at several leading universities and co-directed the Wharton-Windhover pharmaceutical program at The Wharton School. Mr. Longman completed his BA at Cornell University and an MA at the University of North Carolina at Chapel Hill, and then taught for three years at the European division of the University of Maryland.