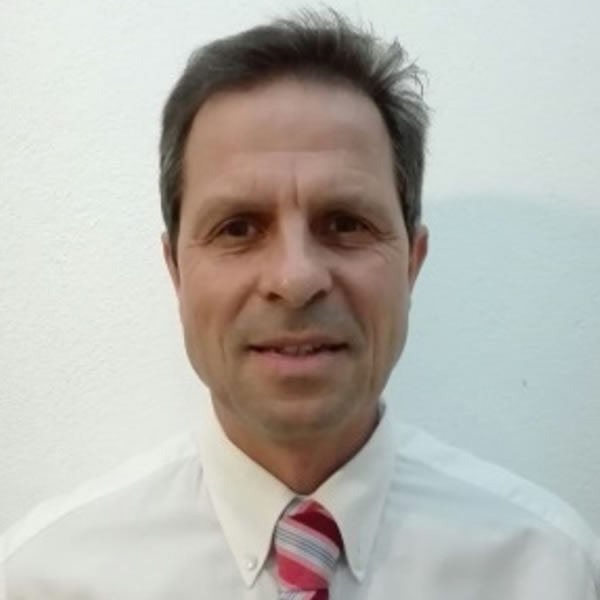 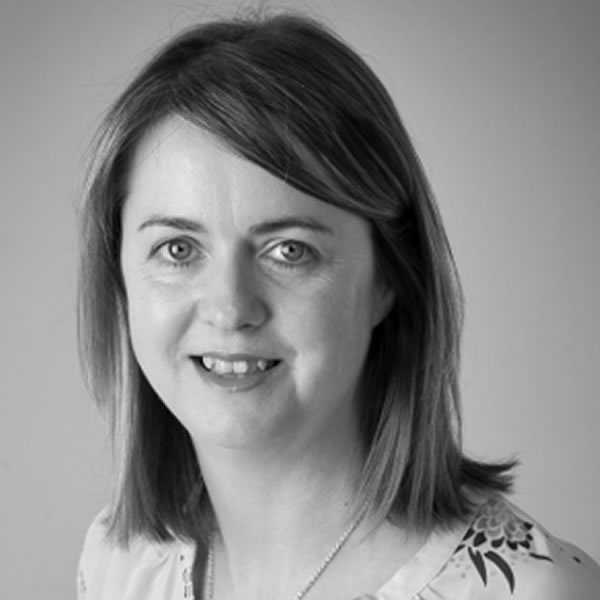 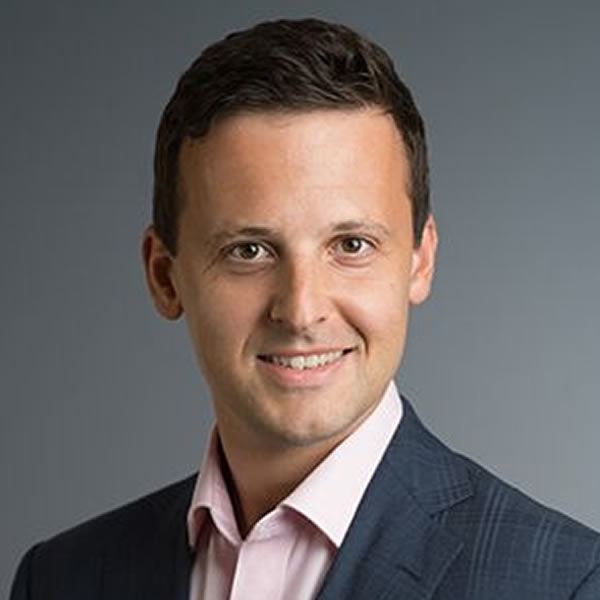 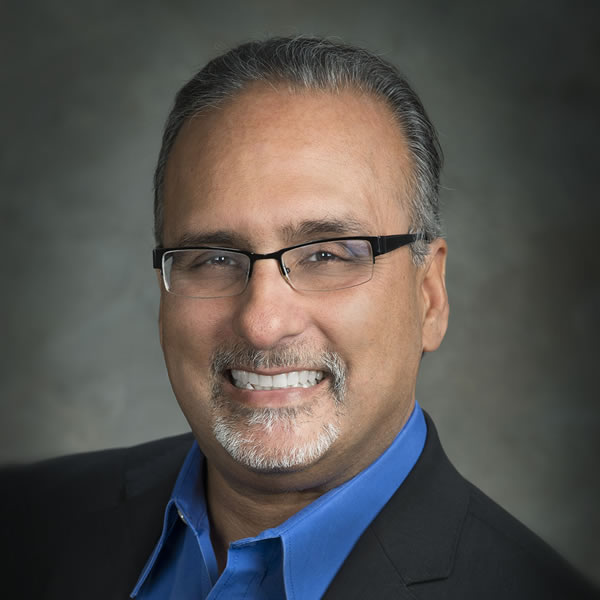 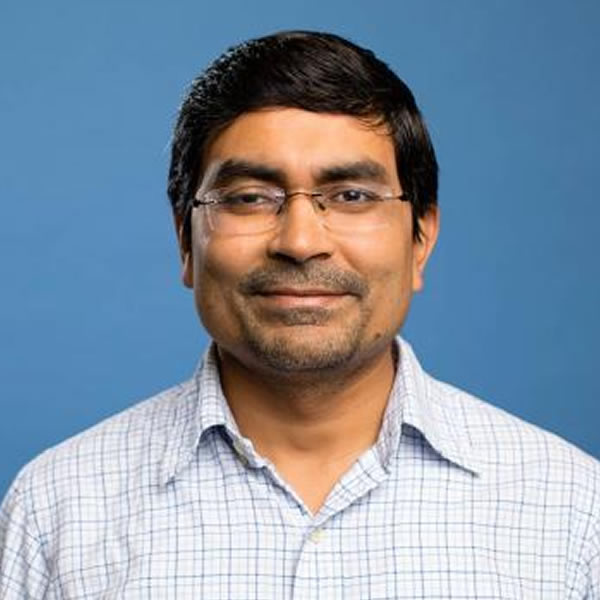 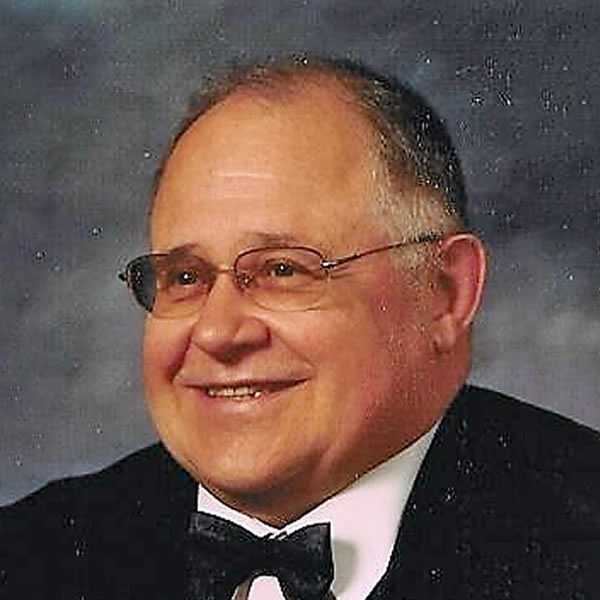 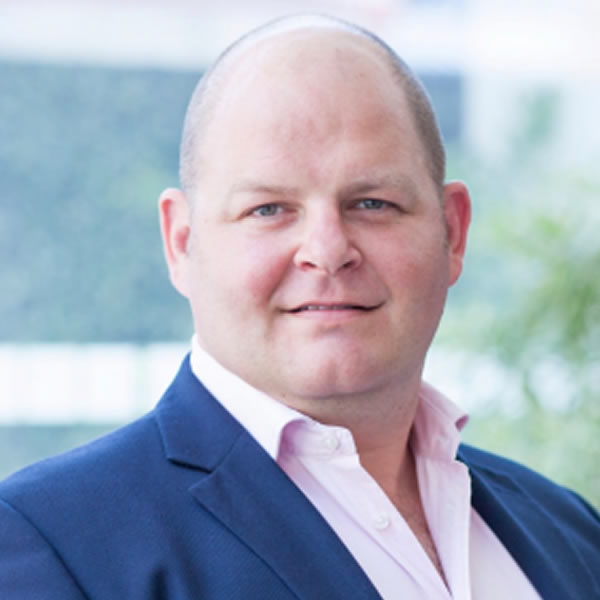 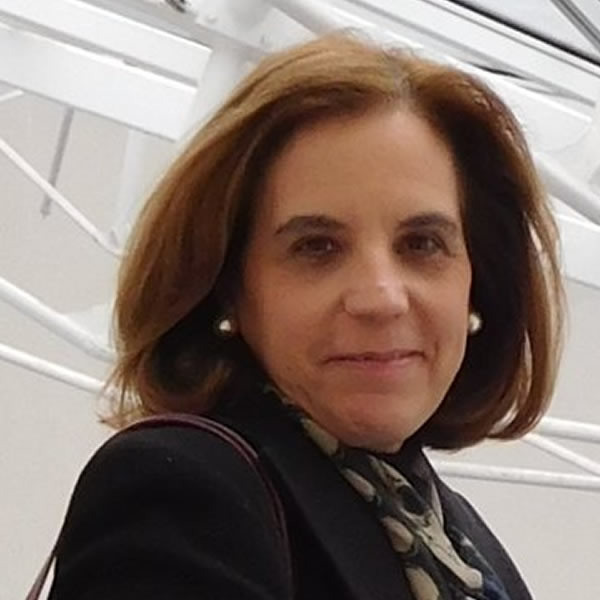 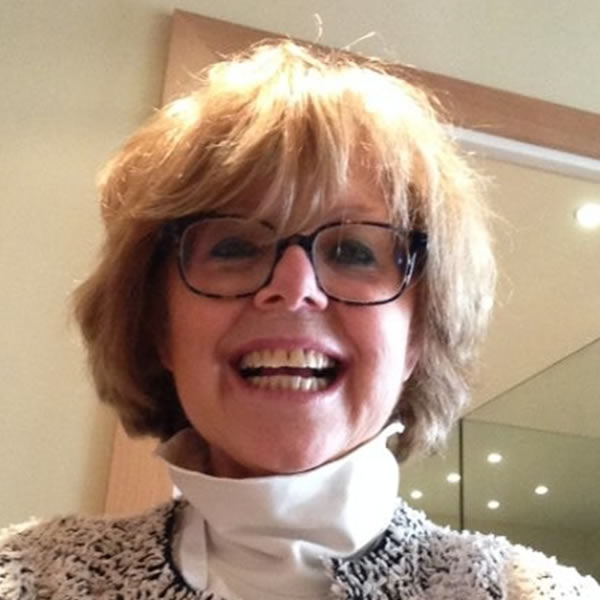 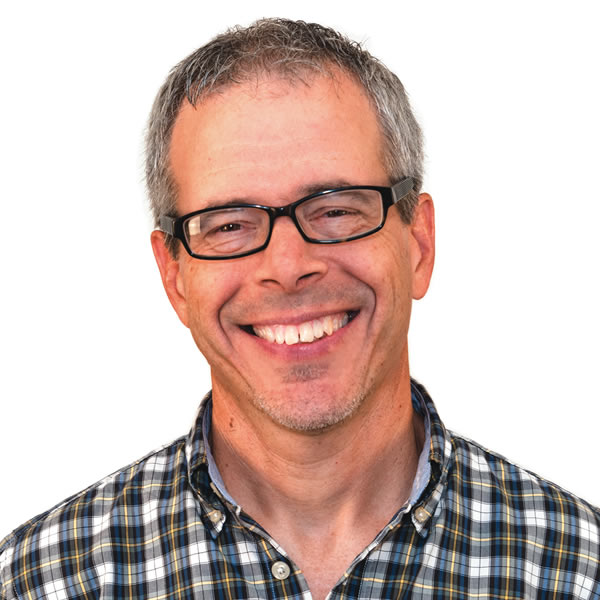 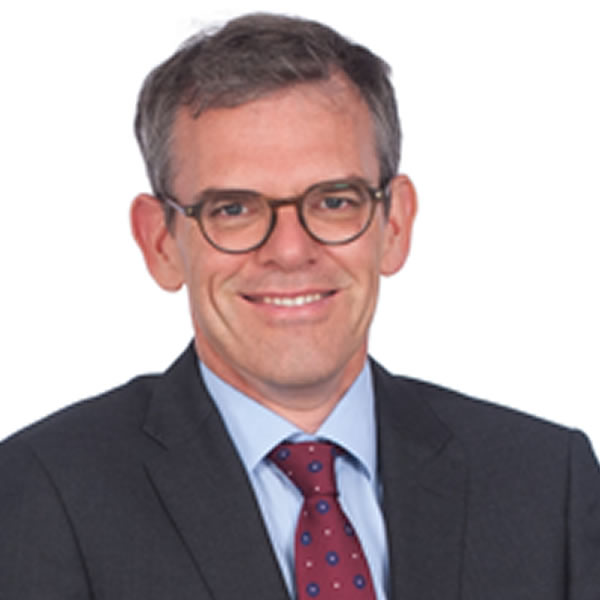 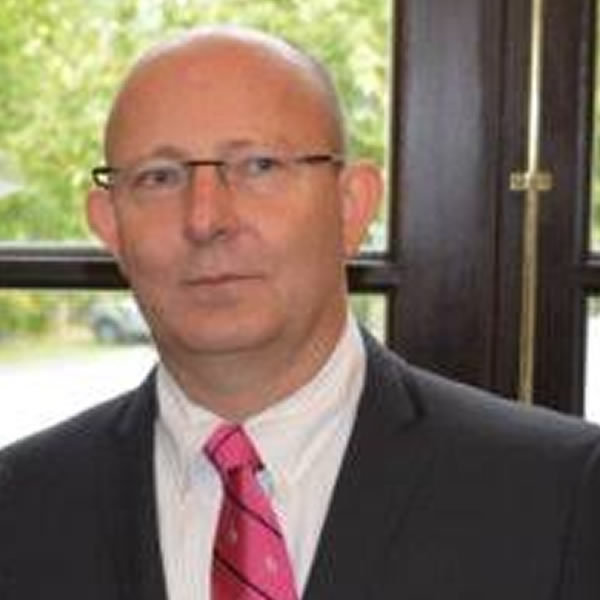 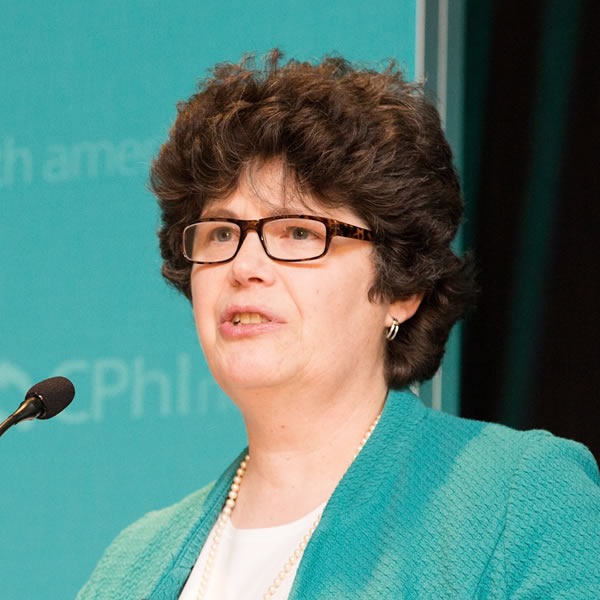 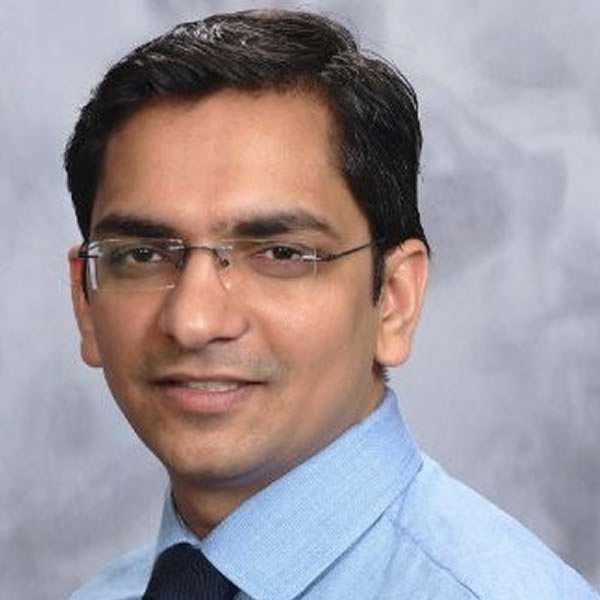 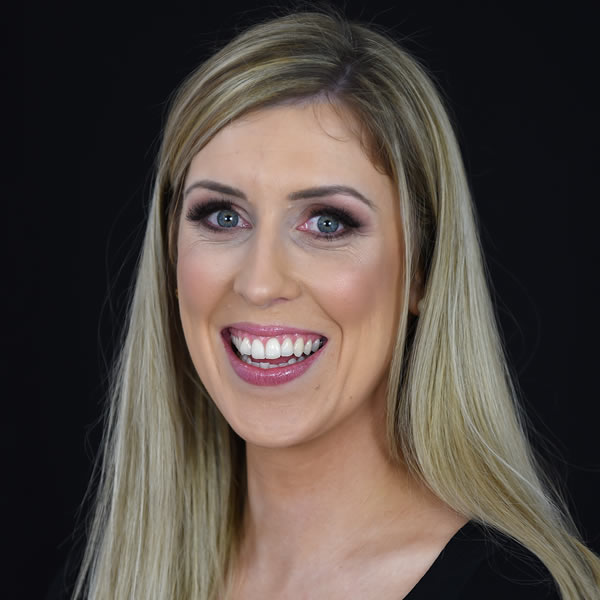 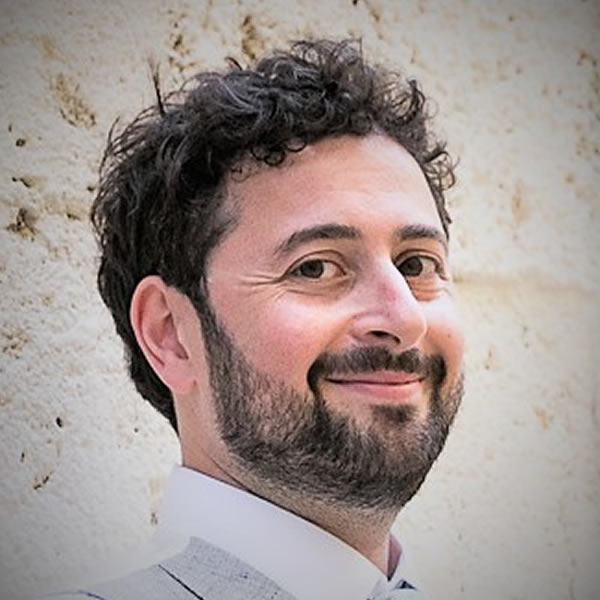 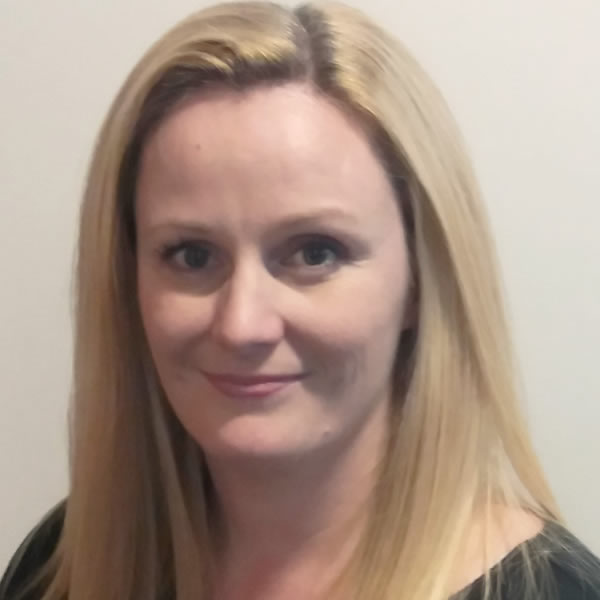 Over 25 years pharmaceutical experience in Boehringer Ingelheim, including roles in Quality, local sourcing (chemical and Pharmaceutical plants), Global sourcing (Chemical, APIs, CMOs, packaging components), Corporate EHS&S (Senior EHS&S manager, 3rd party auditing program) and Global 3PM Chemicals Manager. Currently I am in a group to manage the supply of outsourced/purchased APIs (as well as strategic Starting Materials and Intermediates for our Chemical Manufacturing) for BI’s Pharmaceutical manufacturing Network. I am also Corporate EHS&S auditor to our sites and to our third party. I am the PSCI (Pharmaceutical supply chain initiative) BI representative since 2013.

Currently co-chair of the Communications committee and also part of other committees like AMR/PIE, Audit. I have a PhD in Chemistry from the University Autonoma of Barcelona (UAB) and an MBA from Universidad Pompeu Fabra of Barcelona. I live in Sant Cugat del Vallés, a village nearby Barcelona (Spain). I’m married with 4 kids and my interests include soccer (supporter of FC Barcelona), gardening and riding my mountain bike (at least twice a week).

Evonne Brennan is Technical Director for the Americas region at IMCD. Evonne’s main focus is in the area of formulation development, scale-up and Pharmaceutical processing. She is a member of the Editorial Advisory Board of Pharmaceutical Technology and an Associate Lecturer at TU Dublin, Ireland.

Daniel has a decade of experience as an analyst in the biopharma industry, spanning roles in drug discovery, market analysis, competitive intelligence, and strategic consulting. He now develops and leads Informa Pharma Intelligence’s thought leadership program, producing materials that help clients across a range of hot topics in the biopharma industry, most recently including COVID-19, immuno-oncology, tumor-agnostic drug development, artificial intelligence and M&A.

As part of this, Daniel regularly participates in webinars, conferences and other speaking arrangements, and he is featured across leading publications such as Nature Reviews Drug Discovery, Scientific American, Scrip, In Vivo and Vice. Prior to joining Informa, Daniel worked as a medicinal chemist at the UK biotech company Summit Therapeutics and graduated with First Class Honours in Natural Sciences from the University of Bath.

Bikash has over 30 years of experience in design and development of pharmaceutical, biotechnology, medical device and IVD products. He has successfully commercialized over a dozen products in his career. Bikash has held senior management positions in several firms prior to joining Pharmatech. He is a certified Lead Assessor and Lean Six Sigma Master Black Belt and a frequent speaker at industry conferences.

He is a member of the USP National Advisory Committee for API’s and Excipients, LSIT Technical Advisory Board and The Stem Cell Partnering Advisory Board. Bikash currently provides recurring editorials to both Pharmaceutical Manufacturing and Controlled Environments magazine as an industry thought leader and is a member of their editorial advisory board. He is a member of cPHl’s Expert Industry Panel and a member of the RFID Alliance with expertise in the effective application of security and RFID in the pharmaceutical supply chain. He has designed and built biotech facilities globally and has established global supply chain frameworks for both large and small organizations. He holds a BS in Biochemistry from University of California San Diego and a BS in Chemical Engineering from University of California San Diego.

Dr. Chauhan is an Associate Professor in Pharmaceutical Sciences at Creighton University, NE, USA; with a research lab working in the area of developing novel drug delivery systems for poorly soluble compounds. He completed his PhD from MCPHS University, Boston, MA.

He had published more than 25 peer reviewed article, five book chapters and presented around 50 posters in national and international conferences. He serves as reviewer and editorial board in many reputed pharmacy journals. He is a member of American Association of Pharmaceutical Scientist (AAPS) and American Chemical Society (ACS).

Emil holds advanced degrees in chemistry from Rutgers and Seton Hall Universities and has worked in Pharma since 1970, developing lab and process analytical methods and introduced NIRS to Pharma in 1983 applications. He has published over six dozen articles in refereed journals, 300 magazine columns, and presented over 200 technical papers.

Emil contributed to Pharmaceutical Manufacturing (2005-2020), Spectroscopy (1987-2007), and Contract Pharma (2013 -). He has written and edited several texts and chapters: “Handbook of NIR Analysis” (4th edition in progress), “Pharmaceutical and Medical Applications of NIRS” (1st & 2nd editions), “Molecular Spectroscopy Workbench,” and chapters on NIR applications to life sciences. sits on magazine editorial boards, is active in SAS, was a founder of CNIRS, and was the 2002 chair for IDRC.

He has been teaching college (adjunct) since 1979 and presents short courses (NIR, Raman, and PAT/QbD) for the various organizations, is a consultant in the field of NIR with various pharmaceutical companies, instrument manufacturers, and the FDA; was a member of the FDA-PAT sub-committee, and the PAT Expert Committee for the USP. He was the 2004 recipient of the EAS Achievements in NIR Award and holds more than a dozen patents.

Dr. Emerton has more than 20 years of experience in the pharmaceutical industry, spanning roles in non-clinical and clinical R&D, sales, marketing, medical affairs, strategic consulting and business analysis. Most recently, Duncan was at FirstWord Group, where he was responsible for all syndicated disease analysis across a wide range of therapy areas, including respiratory, autoimmune, neurology, rare diseases and oncology.

Dr Pascale Gauthier is Pharmacist with research works (master of Biopharmacy) on ‘New gelification method for vegetal oils’, specific master (DEA) in Pharmacokinetics ‘Pharmacokinetic study of antihypertensive drug and its metabolites after single and repeated dose’ and a PhD in Pharmaceutical Technology on ‘Rotogranulation process used for manufacture of spheres’.

She was involded in several patents, international publications (Int Journ of Cosm Sc, STP Pharma Pratiques, Pharm Dev Techn, Therapeutic Delivery, Journ of Pers Med., Doses) and invited speaker in different international events (Glatt TTC, Visiongain, PackVision, ADF, Pharmapack, Informa sessions on ‘drug development’, Formulations Strategies and Drug Delivery Summit). She is a member creation of PharmaDesign, and invited in the scientific committee of panel experts for ‘I love pack since 1947’ Exhibition of WorldPack in Paris. Since 1996 she is associated Pharmacist in a Pharmacy and in charge of Marketing and Design courses in the Faculty of Pharmacy of Clermont-Ferrand.

Silvana Maini after graduating in organic chemistry at La Sapienza University in Rome, moved to Milan in the early 80s to work in the research center of one of the world’s leading chemical companies. Fluorochemistry was the core of her activity and she developed a robust experience both in the lab and in the technical assistance following the development of innovative solutions for hi-tech applications worldwide.

Scientific communication was one of the pillars of her daily activity and in 1983 Silvana joined Teknoscienze, publisher, contributing to the birth of Chemistry Today journal, specialised in applied research for fine chemistry, then of A-FOOD Industry, nutraceuticals and functional food, and HPC Today, for personal care, cosmetics, detergents. Today Silvana is Teknoscienze’s (Tks) General Manager. Tks combines press (print and digital), with media activities, organization of conferences and workshops.

Michael McCoy is executive editor for business at Chemical & Engineering News, responsible for the magazine’s coverage of the business of chemistry. He received his B.A. in chemistry and English from Cornell University in 1985.

Michael holds a MSc degree in Chemistry and an MEng degree in chemical engineering. Since 1984 he has been active in publishing, semiconductor research and development, medical devices, most recently as managing director of the NVC Netherlands Packaging Centre and of HCPC Europe. NVC is the association of over 500 companies addressing the activity of packaging throughout the supply chain of packaged products. The NVC membership, innovation projects (Packaging Innovation Contest De Gouden Noot, Design for Intended Use DIU, Web Retail Packaging, PUMA to end packaging as an environmental issue worldwide, Pharmaceutical Packaging Innovation, Innovation in Packaging Print, etc.), information services and education programme (physical classroom-based and Live Online Learning with worldwide access and live tutors), stimulate the continuous improvement of packaging.

Gary began his career as a scientist with Sterling Winthrop (Sanofi Synthelabo) back in 1986. At Sterling Winthrop Gary was mainly involved with formulation development of tablets & capsules (soft & hard). This evolved into evaluating the physico-mechanical properties of API’s and excipients, using compaction simulators and physical testing machines. Gary then moved onto Pfizer, Sandwich, UK still within the OSD formulation area. After Pfizer Gary moved over to British Biotech which involved the co-ordination of the contract manufacture of soft gel formulations.

In 1999, he moved over to the US initially with Fuisz Technologies (Biovail) in Virgina, working in the formulation of orally disintegrating tablets. He then became Technical manager at SPI Pharma in New Castle, Delaware where he developed co-processed excipient platforms such as Pharmaburst. In 2007 he moved back to the UK & became a product development manager at Encap Drug delivery (Capsugel/Lonza) in Scotland for over 3 years. After a short while with Sensient colours Gary joined DFE Pharma in early 2013.

Rita Peters is editorial director of Pharmaceutical Technology, Pharmaceutical Technology Europe, and BioPharm International. She has reported and written about the bio/pharmaceutical industry—from drug discovery through commercial manufacturing—for more than a decade. She is frequently moderator for conference sessions, webcasts, video interviews, and other industry events. Previously, she reported on and wrote about other science and technology areas, including contamination control, life science research, and R&D.

Dr. Prasad holds a PhD degree in Pharmaceutics and Drug Delivery from Massachusetts College of Pharmacy and Health Sciences and is finishing his Master in Business Administration degree from Kellogg School of Management at Northwestern University. Dr. Prasad has extensive pharmaceutical research across pre-formulation, oral and injectable formulation development, tech transfer and regulatory affairs acquired at leading companies such as Cubist Pharma, Fresenius Kabi and Sagent Pharmaceuticals. He has published more than 10 peer-reviewed articles and four book chapters on industry relevant topics such as oral drug delivery, amorphous solid dispersions and nano-formulations. He is actively involved as reviewers in several pharmaceutical science journals.

Dan Stanton is editor and founder of BioProcess Insider, an online publication focused on reporting the latest business news and opinion across the biomanufacturing space, and part of the BioProcess International brand. Formerly editor of Biopharma-Reporter and in-Pharmatechnologist, Dan has particular expertise in biotech, bioprocessing methods and equipment, drug delivery, regulatory affairs and business development. Dan is a native Londoner now based in Montpellier, France.

For entry and general enquiries: