Find out about the Digital Scrip Awards 2020 judges.

The Digital Scrip Awards prides itself on its Judging Panel, which is comprised of independent, senior industry experts from around the world, each chosen for their knowledge, objectivity and credibility.

The 14 judges separately consider entries from those categories that are relevant to their particular areas of specialist knowledge, expertise and experience, ensuring a considered response to every individual submission. Each category is reviewed by at least three judges who do not confer.

The judges mark each entry against the published criteria for its category, and the scores and rankings are then collated by the Scrip Awards team to determine which entries are included in the shortlist, and the ultimate winner.

The chair of the Judging Panel reserves the right to cast any deciding vote, should the need arise. The judges' decision is final and neither the organisers nor the Judging Panel will enter into any correspondence about the results. Judging will take place throughout July and August, and the shortlist will be announced in early September.

Details of the winners are strictly embargoed until the night but further details of all of the shortlisted entries will be published in Scrip in the weeks leading up to the online ceremony on 2 December. 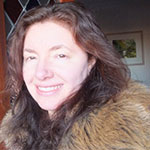 Brown is an independent pharmaceutical project management, QA and training consultant, and course director for the MSc programme in clinical research at the University of Cardiff’s School of Pharmacy. She has more than 20 years of experience of managing clinical development projects, and training in the pharmaceutical industry. She has worked in project management for several companies including Wellcome, Hoechst Marion Roussel, Good Clinical Research Practices and LB Training and Development. She is also co-author of several books including, Project Management for the Pharmaceutical Industry.

CEO & Chairwoman of the Board

Laurie founded Halloran Consulting Group in 1998 and has grown the business from a start-up to a highly regarded national consultancy with over 150 clients. These clients range from pre-funded startups who require regulatory and organizational growth strategies to global life science companies who need expertise managing product development challenges. She is able to draw additional expertise from her team in identifying and solving questions around strategy, regulatory, quality, organizational efficiency, complaint handling, human factors, manufacturing, medical affairs and compliance issues.

Earlier in her career, Halloran worked in the outsourcing services realm during PAREXEL International's rapid growth phase. She later led clinical development at OXiGENE and Antigenics. Her advisory Board positions include Boston University's School of Public Health, Leslie University Alumni Advisory Board, and Merck/EMD Serono's Precision Medicine. She also serves on the New England Women in Science Executive's Board of Directors.

Following his early career as a lecturer in pharmacy at Manchester University, he had a series of commercial and international marketing roles with Smith Kline and French, Mundipharma, Wellcome, Glaxo Wellcome and with Astra Hässle which included the commercialisation of the blockbuster Nexium. In 1997, he moved to 3i plc in the innovative growth period of biotech venture capital. More recently he originated several significant growth capital deals and buyouts.

Hargreaves currently advises selected private equity firms and spends a proportion of his time in the charity sector. 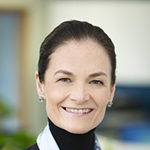 Chair of The Court, The London School of Hygiene and Tropical

Dr. Annalisa Jenkins is a life sciences thought leader with over 20 years of biopharmaceutical industry experience. Prior to joining PlaqueTec CEO in November 2017, Jenkins served as president and CEO of Dimension Therapeutics,a leading gene therapy company that was acquired by Ultragenyx in November 2017. Prior leadership roles have included the head of global research and development and executive vice president global development and medical at Merck Serono, and several senior positions at Bristol Myers-Squibb over 15 years-including serving as senior vice president and head of global medical affairs. Earlier in her career, Jenkins was a medical officer in the British Royal Navy during the Gulf Conflict, achieving the rank of surgeon lieutenant commander. Jenkins is a board member of several growing companies, including Ardelyx, Inc., iOX Therapeutics Limited, Thrombolytic Strategies Incorporated, PhESi, Oncimmune, Cocoon Biotech Inc. (Non Executive Chair), Cellmedica (Non-Executive Chair), Vium, Inc.(Executive Chair), and Silence Therapeutics (Non-Executive Chair). She also is a committee member of the Science Board to the U.S. FDA, and serves on the board of the Center for Talent Innovation in the U.K. 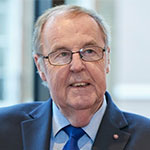 Jones is a Director of the Life Science Investment Company Arix Bioscience plc.and the Oxford-based  AI Drug Discovery Company e-Therapeutics He was formerly R&D director of The Wellcome Foundation, a director of Allergan Inc. and director general of the Association of the British Pharmaceutical Industry (ABPI). He is a visiting professor at King’s College, London.

Mehta founded and is managing member of Mehta Partners, LLC. His analytical insights on global healthcare have influenced bio-pharmaceutical strategy and investments worldwide. Educated at the University of Southern California and UCLA, he has worked with senior biopharma leaders and investment managers for over 30 years.

Mehta’s career began with Merck & Co. in international strategic planning and competitor analysis. This foundation prompted Wood MacKenzie & Company Inc. to invite him to establish a pharmaceutical research function in New York. This effort was expanded at S.G. Warburg & Company, and led to the formation of the BioPharma investment advisory group Mehta and Isaly, now known as Mehta Partners.

Since 2012, Messom has been chairman of the Institute of Clinical Research; the oldest independent membership-led professional body for global clinical researchers. With a background in molecular genetics, Messom has almost 20 years’ industry experience working both within pharmaceutical companies and clinical research organisations.

Messom has detailed experience of directing global clinical trials and has worked in a wide variety of leadership roles, within pharma companies and CROs not only for project and monitoring teams, but also data management, outsourcing, informatics and translational medicine departments. Most recently she has provided consultancy support to an academic group working on a translational medicine project and operational consultancy to a mid-sized pharma company working in Phase III and IV. 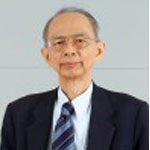 Phacharintanakul is chair of Strategic Business Partners in Bangkok, Thailand. Until the end of 2004 he was chair of the board at Aventis Thailand, where he previously held a range of posts including managing director and marketing manager. Before joining Aventis, he was on the secretariat of the United Nations Economic Commission for Asia and the Pacific. Phacharintanakul also acts as an expert advisor for the Thailand Center of Excellence for Life Sciences.

President, Center for Medicine in the Public Interest

Peter Pitts is president of the Center for Medicine in the Public Interest. A former member of the United States Senior Executive Service, Pitts was the FDA’s associate commissioner for external relations, serving as senior communications and policy adviser to the commissioner. He supervised the FDA's Office of Public Affairs, Office of the Ombudsman, Office of Special Health Issues, Office of Executive Secretariat, and Advisory Committee Oversight and Management. He served on the agency’s obesity working group and counterfeit drug taskforce and as a Special Government Employee consultant to the FDA’s Risk Communications Advisory Committee. 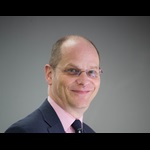 Smith began his career as a scientist in the research and development division of ICI and then SmithKline Beecham. After completing his PhD in Molecular Biology at the University of Nottingham and Glaxo, and after then an MBA, Smith switched to a commercial role at SB Pharmaceuticals and was appointed global brand manager for Bactroban and new products in Anti-Infectives Strategic Product Development (SPD). In 2000, Smith moved into asset management and venture capital at 3i Group and subsequently held the position of lead fund manager for four life science specific funds – 3i Bioscience Investment Trust PLC, International Biotechnology Trust PLC, and AXA Framlington Biotech Fund. Smith was awarded the Techmark technology fund manager of the year for 2007.

After leaving AXA in 2010, Smith held appointments as director of business development at the Oxfordshire Bioscience Network and head of corporate finance at PharmaVentures. Smith has also taught the life science company valuation, finance and analysis module on the University of Cambridge MPhil program for over ten years. Smith returned to specialist fund management in 2012 to manage the Magna Biopharma Income Fund.

In 2017 Andy moved to the Pricing & Market Access group at ICON in London where he advised big pharma and smaller life science companies on the valuation and commercialisation of their products and returned to the City at the end of 2017 to work at Edison. 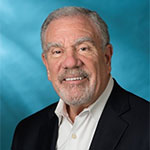 Spiegel is the founder of Spiegel Consulting, an independent advisory firm to pharma and biotechnology companies. He retired in 2009 as chief medical officer at Schering-Plough. With more than 25 years of experience in the pharmaceutical industry he played a significant role in the development of novel biologics and drugs as senior vice-president of Worldwide Clinical Research. Spiegel is a fellow of the American College of Physicians and has received numerous awards and fellowships. He serves as an advisor to Warburg Pincus and the Israeli Biotech Fund and on the boards of numerous biotechnology companies and non-profit organizations. He is an assistant professor Weill Cornell Medical School and associate fellow in the University of Pennsylvania Center for Bioethics. 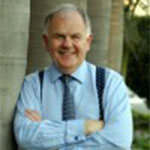 Tempest has worked in the pharmaceutical industry for the last 46 years and in that time has managed healthcare businesses around the globe. Between 1995 and 2007 he held senior executive positions, including president, CEO and vice-chairman at Ranbaxy Laboratories. Previously, Tempest was Far East regional director for GlaxoSmithKline in the Far East, Middle East and Africa. Today, as Chairman of Hale & Tempest, he advises companies, banks, investment funds, private equity and high net-worth individuals on their strategy in Asia. Tempest is a non-executive director of SRL Diagnostics, Fortis Healthcare, Touch Digital Media, Religare Capital Markets and Glenmark Pharmaceuticals. Currently he is Editor of theJournal of Generic Medicinesand a non-executive director of the United Nations Medicines Patent Pool. 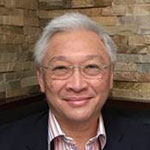 Thong consults on business strategy and collaborations in the bioscience sector, and writes a regular blog on these topics, SciTechStrategy. Thong’s full-length book,Biopharma R&D Partnerships: From David & Goliath to Networked R&D, was published in January 2016, derived from the practical experiences of over forty different organisations. He has previously been co-head of the Cap Gemini Life Sciences Group, managing director of Datamonitor’s healthcare division, a non-executive board member of the listed US mid-sized pharmaceutical company Alpharma, and a co-founder of two specialist consultancies focusing respectively on mid-sized biopharma companies and change management for scientific organisations. 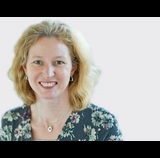 Jane is former VP Research & Development MedImmune (Astra Zeneca) and former Chair of the BioIndustry Association. She received an OBE for services to drug discovery & development this year as well as a lifetime achievement award from Scrip. Jane was an early employee of Cambridge Antibody Technology (CAT), which became MedImmune and is now the global biologics research and development arm of AstraZeneca.  At CAT she contributed to the development of phage display technology, for which Sir Greg Winter was awarded the Nobel prize for Chemistry in 2018.

She has presented at a number of parliamentary Select Committees and has previously served as a Member of the UK Medical Research Council Industry Grant Award Assessment Panel. In 2016 she was recognised in the PharmaVoice 100, and also in Fierce Pharma’s “Fierce Women in Biopharma” – one of 15 women in the global industry noteworthy for their leadership, providing mentorship and helping increase opportunities for women in science.

For all other enquiries: