Alnylam Seeking Lumasiran Approvals Soon, But Has Two Rivals On Its Heels

Phase III results support early 2020 filings for what could be the RNAi specialist’s third commercial product, but two competing drugs for primary hyperoxaluria from Dicerna and OxThera aren’t far behind. 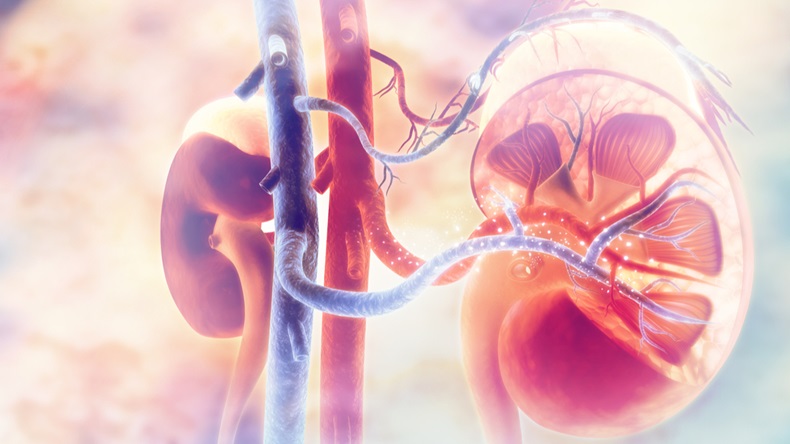 Alnylam Pharmaceuticals Inc. is ending a very good year for the company on a high note with positive Phase III results for what may become its third commercial product – lumasiran, an RNA interference (RNAi) drug for the treatment of primary hyperoxaluria type 1 (PH1). Alnylam plans to seek approvals in the US and EU early next year, which could mean a late 2020 US launch.

The Cambridge, MA-based company’s stock has risen 65% this year based on sales for its first approved drug, Onpattro (patisiran), bolstered by the approval of its second product Givlaari (givosiran) and positive results from multiple candidates in the RNAi specialist’s research and development pipeline. However, Alnylam’s share price wavered, closing down 3% at $116.55 on 17 December, after it announced the Phase III results for lumasiran in PH1, possibly due to the potential for the drug to have two competitors within a year or two of its launch, including a second RNAi therapeutic.

Lumasiran was dosed at 3mg/kg per month for the first three months followed by quarterly maintenance doses in the Phase III ILLUMINATE-A clinical trial, which enrolled 30 PH1 patients aged six and older with mild-to-moderate renal impairment who were randomized 2:1 for treatment with the drug or a placebo.

Alnylam’s candidate met the primary efficacy endpoint, which was the percentage change from baseline versus placebo in 24-hour urinary oxalate excretion averaged across months three to six (p<0.0001). Results for all six secondary endpoints also were statistically significant, including the proportion of lumasiran patients who achieved near-normalization or normalization of urinary oxalate levels (p<0.001).

The company said there were no serious or severe adverse events and described the drug as generally well tolerated with side effects similar to those observed in prior studies; injection site reactions were the most common adverse events.

Alnylam intends to file a new drug application (NDA) to the US Food and Drug Administration and a marketing authorization application (MAA) to the European Medicines Agency (EMA) for lumasiran as a treatment for PH1 in early 2020.

The first quarter will be an eventful one for the program as detailed results from ILLUMINATE-A will be presented during a plenary session on 31 March at the OxalEurope International Congress in Amsterdam.

“We were largely optimistic ahead of ILLUMINATE-A’s positive readout given that lumasiran demonstrated a 76% reduction of urinary oxalate in the Phase 2 study,” BMO Capital Markets analyst Do Kim said in a 17 December note. “Though limited efficacy and safety data were released, we expect both to be fine when presented at a future medical congress.”

Additional Phase III studies of the drug are ongoing with results from ILLUMINATE-B in PH1 patients less than 6 years old expected in mid-2020 and data from PH1 patients of all ages who have advanced renal disease expected in 2021.

Patient Support Will Be A Key To Success
PH1 is an ultra-rare disease with about 3,000-5,000 patients in the US and Europe, which Alnylam sees as a $500m-plus opportunity for lumasiran. The disease is caused by excessive oxalate production, resulting in calcium oxalate crystal accumulation in the kidneys and urinary tract that may cause painful, recurrent kidney stones and calcification of the liver. Treatment is limited to vitamin B6 therapy, which helps only some PH1 patients, and may include frequent dialysis or combined liver and kidney transplantation.

“Many patients, even with ultra-hydration, go onto a stage where they're facing kidney failure and have to go on dialysis for up to six days a week or more,” Alnylam president Barry Greene said in an interview.

PH1 experts and research in the area have shown that removing excess oxalate and getting patients to the upper limit of normal, or 1.5 times normal levels, will result in fewer kidney stones and less calcification, which delays the need for dialysis and organ transplants, Greene explained, noting that Alnylam will study the long-term effects of oxalate clearance by lumasiran on these disease parameters.

In addition, Alnylam believes that about half of PH1 patients are undiagnosed and has launched a campaign called Behind The Stone to increase disease awareness and screening, similar to the outreach the company has done for Onpattro in hereditary transthyretin-medicated amyloidosis (hATTR).

“Even in kids with multiple stone events, it's just not thought about to look for [a PH1 diagnosis] and, unfortunately, it often takes really advanced disease and even end-stage renal disease until a patient will get to a major center or the right pediatric nephrologist or adult nephrologist until the right diagnosis is made,” Greene said. “When someone has these events, in the future what we're trying to educate the health care community about is to rule out PH1 – if you've got a kid that has had any stone event, that's not usual, so let's understand what's going on. And in adolescents and adults that have multiple stone events, again, that’s not normal, let's look at PH1.”

He noted that in hTTR amyloidosis Alnylam’s efforts to educate doctors and boost diagnoses has gone “remarkably well,” with physicians taking advantage of the company’s free genetic testing programs. “The other dynamic is there are other companies in the space, and at least for TTR amyloidosis we have this dynamic of a wild-type population that we’re not targeting and don’t have label for, but a wild-type population that is not so rare and that the entire cardiology community has also helped to raise awareness about,” Greene added.

First-In-Class, Unique MOA, But Competition Coming
Lumasiran is designed to silence hydroxyacid oxidase 1 (HAO1), which encodes the glycolate oxidase (GO) enzyme, to deplete GO and inhibit production of excess oxalate. The drug has a breakthrough therapy designation from the US FDA and a priority medicines (PRIME) designation from the EMA for the treatment of PH1, which should speed up the reviews of Alnylam’s NDA and MAA for lumasiran.

Meanwhile, Dicerna Pharmaceuticals Inc.’s DCR-PHCX, which is designed to silence lactate dehydrogenase A (LDHA) in order to reduce oxalate production in the liver, is being developed for primary hyperoxaluria types 1 and 2. Enrollment completion in the pivotal Phase II PHYOX2 trial and top-line results from PHYOX3, a long-term open-label extension of the company’s Phase I trial, are expected in the first half of 2020.

OxThera AB’s Phase III candidate Oxabact has a completely different mechanism of action and is being tested in primary hyperoxaluria types 1, 2 and 3. The therapy is comprised of a highly concentrated dose of freeze-dried live bacteria (Oxalobacter formigenes) administered in an oral capsule. The bacteria are delivered to the small intestine to improve secretion of oxalate from plasma to the gut, where it is broken down by the microbiome. OxThera plans to complete enrollment in its Phase III trial this year and submit Oxabact for approvals in the second half of 2021.

Greene noted that Alnylam identified PH1 as the greatest unmet need in primary hyperoxaluria, so developed its drug with a PH1-specific mechanism that’s not amenable to treating PH2 or PH3.

Alnylam’s lumasiran may have multiple competitors within a year or two of its launch that treat all three types of primary hyperoxaluria, although the company will have the advantage of setting the commercial tone for PH1 treatments with its first-to-market product, assuming it is approved.

“While we await information on lumasiran pricing, discussions with management suggested to us that our price estimate of $350,000/year could be conservative with upside should Alnylam adopt an aggressive pricing strategy similar to Givlaari at $575,000/year,” SVB Leerink analyst Mani Foroohar said in a 17 December note. “Such an aggressive approach to price-setting by first-to-market Alnylam would likely read through positively to market opportunity and implied pricing power for Dicerna’s lead wholly owned asset in PH across subtypes.”

Foroohar projected lumasiran sales of $118m in 2022, rising to $394m at its peak. BMO’s Kim said the investment bank models about $600m in worldwide peak sales following a late 2020 launch.

“Alnylam has begun engaging physicians and PH1 advocacy groups to increase disease awareness and lumasiran’s potential clinical benefit for eligible patients,” Kim wrote. “Management guided toward a gradual ramp and disabused the notion of a bolus [of patients awaiting the drug’s availability], lack of treatment options notwithstanding. We believe the company will be able to leverage its rare disease know-how to sufficiently grow patient and physician awareness; thus, maximizing the value of lumasiran.”

Commercial Plans Build On Existing Infrastructure
Alnylam retained full commercial rights to lumasiran after its collaborator Sanofi decided in March 2018 not to exercise its option to participate in the drug’s development. Greene said the company will be able to leverage its existing commercial team with a few additions to market lumasiran on its own. (Also see "Alnylam Plans Lumasiran Phase III As Market Landscape Gets Competitive" - Scrip, 13 Mar, 2018.)

“We’ll be able to leverage everything we’ve built in the US and Europe where we're commercializing first Onpattro and soon Givlaari,” he said. “We're adding a really small proportion of customer-facing roles into nephrology and probably later in urology, but those are focused on major [treatment] centers. And then as we've seen with Onpattro, as word spreads and as additional prescribers come to the front, we can address those prescribers with our current footprint or expand as necessary.”

Alnylam has had a successful launch for Onpattro, approved in August 2018 to treat hATTR. (Also see "Alnylam Offers Flexible Value-Based Deals For Breakthrough RNAi Drug Onpattro" - Scrip, 11 Aug, 2018.) The drug brought in $46.1m in third quarter 2019 sales, which was up from $38.2m in the second quarter and $26.3m in the first quarter.

The US FDA approved Givlaari for acute hepatic porphyria (AHP) on 20 November, which was three months ahead of schedule. (Also see "Alnylam Wins FDA Approval For Givlaari, Its Second RNAi Drug " - Scrip, 20 Nov, 2019.) Alnylam has developed a unique reimbursement strategy for the drug, offering payers a prevalence-based price adjustment that will trigger rebates if the number of diagnosed patients they cover exceeds current epidemiologic estimates for AHP.

“I think the payers we've spoken with thus far [about lumasiran] have tremendous respect for the value-based approach that Alnylam's taken to the marketplace,” Greene said. “As evidenced by Givlaari, I think they know that we're a company that wants to partner with them to understand any issues that they have so we can create solutions on their behalf.”

In addition to Onpattro and Givlaari, Alnylam stands to benefit from sales of inclisiran, the small interfering RNA (siRNA) therapeutic targeting PCSK9 that the company licensed out to The Medicines Co., which intends to file for approvals in the US during the fourth quarter of 2019 and in the EU during the first quarter of 2020. Novartis AG is acquiring The Medicines Co. for $9.7bn to access the cholesterol-lowering siRNA drug. (Also see "Novartis Sees Reimbursement Advantage For PCSK9 Launch" - Scrip, 25 Nov, 2019.)

Alnylam’s pipeline also includes the late-stage candidates vutrisiran for ATTR amyloidosis and fitusiran for hemophilia, the latter of which is being developed with Sanofi.

“I think it’s pretty clear that RNAi therapeutics are emerging as an entirely new class of medicine,” Green said. “It's really wonderful the benefit of the impact we're seeing from Onpattro, Givlaari and we will be seeing from lumasiran as well. The Novartis acquisition of inclisiran was also a really wonderful testament to the efficacy, safety and tremendous opportunity with RNA therapeutics in diseases small and very large around the world.”