Dutch pharma group Norgine BV, which has significant operations in the UK, continues to spend money preparing for a Brexit outcome that it believes would have a negative impact on the industry, and management is concerned about the lack of political will to avoid such a scenario. “A no-deal Brexit would be very unpredictable and very bad for our business, but more importantly it would be very bad for patients,” the firm’s chief operating officer, Peter Martin, told Scrip. 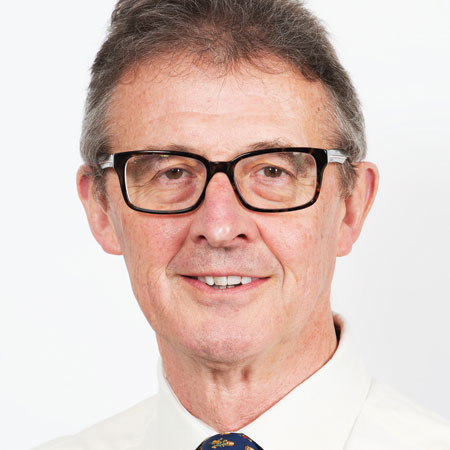 But with the ruling Conservative party concentrating on the contest to replace outgoing leader and Prime Minister Theresa May, “the focus of government and the governing party is elsewhere at the moment: they’re not particularly focused on the impact to patients of a no-deal Brexit,” he warned. “The mood music is not encouraging for companies like mine that want to have as close an arrangement with the EU and its establishments post-Brexit as we had before Brexit.”

Front-running candidate Boris Johnson has declared that he will ensure the UK leaves the EU on 31 October 2019 whether or not an exit deal has been secured.

Norgine, which generated the majority of its 2018 annual turnover of €429m in the EU including 14.5% in the UK, has now spent €12m on preparing for the UK leaving the European Union without a deal, “and that’s irritating and unfortunate because it’s money we could have directed towards serving our patients rather than dealing with something that may or may not happen,” Martin commented.

The firm began planning for a no-deal eventuality in 2017, making commitments in late 2018 for warehousing facilities, which it then secured in early 2019. By late March, when Brexit was originally scheduled to take place, it had spent around €11m on these preparations. With Brexit now postponed until the end of October 2019, the costs continue to mount. Longer-term stockpiling entails additional complexity, since it is not simply a question of setting aside raw materials, APIs, finished goods and packaging materials for a fixed period. “You need to take out older stock and put new stock in, on a first-in, first-out basis as time goes on. So you not only have warehousing costs, you also have all the costs of transport – which is pretty expensive – and shifting things around the warehouse,” explained Martin.

“For the time being we don’t know how long that will last. In theory it could be that we’ll have to start using some of those inventories if there’s a no-deal Brexit, but we also hear that the date may shift, and if it shifts we’ll just have to maintain those warehouses. So the prudent thing to do is to view them as potentially a long-term commitment, in effect being part of business as usual,” he added.

Situation Not Clarifying For Pharma

Scrip previously spoke to Martin in mid-March when the original Brexit deadline was looming and clarity about the future relationship between the UK and the EU was in short supply. “If things are clearer now I must have missed it,” he told Scrip in a second interview on 18 June.

In March the executive had flagged up the risks of drug shortages should parallel traders buy up stockpiled medicines to sell in other countries. He said that the government had taken no subsequent action to avert such a risk. “We’ve challenged members of the civil service on this directly but there doesn’t seem to be a will. I think they understand the risk but for some reason they’re not able to put a policy in place that would alleviate that risk. So that remains a real possibility.”

Another potential disruption to supplies could be represented by hold-ups at docks if border checks come into force. “If pharmaceuticals end up being held at docks or somewhere else for a couple of weeks, then that might give issues with the security of the supply chain and potentially also the storage conditions.”

The UK head of Sanofi Pasteur recently told Scrip the company was  preparing for the necessity of airlifting essential medicines in the event of a no-deal Brexit.  (Also see "Disorderly Brexit May Necessitate Drug Airlifts, Sanofi UK Head Warns" - Scrip, 4 Jun, 2019.) Martin said Norgine would do the same.

“We have a product called Dantrium [dantrolene, used to treat malignant hyperthermia, a rare complication of anesthesia], which has to be available in every operating theater, and it’s not produced in the UK. If the supply chain by land or sea were to be interrupted and that were to be in short supply we’d have to airlift it because if it weren’t available then operating theaters across the UK would grind to a halt. And there are other medicines where we might well do the same thing.”

“People understand now that there is actually a real risk of no deal, which means that every company is taking it seriously.” - Peter Martin

Other members of the pharma manufacturing and distribution industry outlined the risks of a no-deal Brexit in October to the UK parliament’s Exiting the EU Committee in a hearing on on 19 June, warning that the sector would not have time to prepare and that critical shortages would occur. (Also see "‘Impossible' To Prepare UK Supply Chain For October No-Deal Brexit" - Pink Sheet, 19 Jun, 2019.) A confidential Cabinet note leaked the previous week had said the government would need six to eight months of engagement with the pharmaceutical industry to ensure adequate stockpiling arrangements had been made. (Also see "UK Pharma Sector ‘Not Ready’ For No-Deal Brexit" - Pink Sheet, 13 Jun, 2019.)

One positive that Martin identified was that the delay to Brexit had given companies more time to prepare. “People understand now that there is actually a real risk of no deal, which means that every company is taking it seriously,” something that should reduce the risks he had previously identified of discontinuities in the supply chain, particularly in cases where smaller firms had been unable to make contingency plans. The delay has also given more breathing space for companies to implement the safety features regulation of the Falsified Medicines Directive that came into force in February, something he described as “quite a complex logistical exercise.”

Keep NHS Out Of US Trade Deal

Meanwhile, US President Donald Trump caused a stir on his recent visit to the UK when he said the country’s National Health Service would be “on the table” in future trade talks between the two nations. This would not be supported by Norgine.

“We hope that the NHS does not become part of a negotiation of a UK-US trade deal: we think that we be destructive to the business,” said Martin. “We’re a Dutch company but we like the fact that there is a certain degree of predictability in the UK environment because of the VPAS [Voluntary Pricing and Access Scheme], the new pricing scheme which guarantees prices for the next five years, essentially. And if the NHS and medicines were to become part of a UK-US trade deal, all that predictability would be thrown out of the window, and it might make it more difficult for patients to access the medicines they need.”