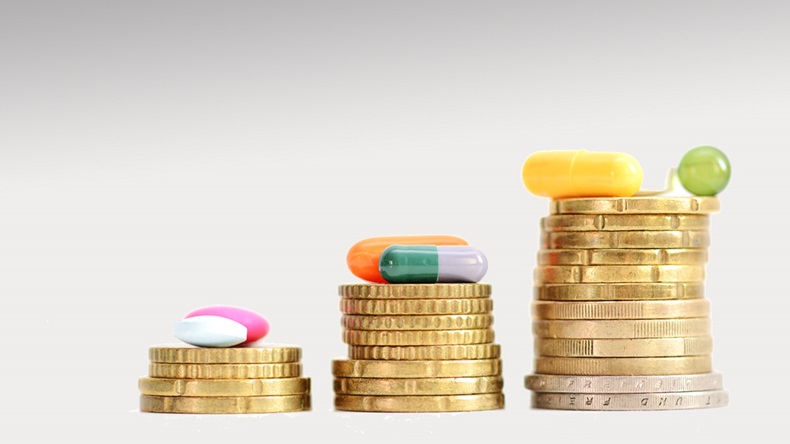 Pfizer Inc.CEO Ian Read suggested the company isn't going to back off its customary January price increases, even with ongoing pressure coming from the Trump Administration. Read was pressed by analysts during the company's third quarter earnings call Oct. 30 about expectations for the annual drug price increases that are generally taken at the beginning of the year.

"I expect our approach by the end of the year will be what I would characterize as business as normal," Read said. "We price to the marketplace. We price competitively. And we will make those decisions towards the end of the year and early in January."

Pfizer led a charge across the industry to hold off on drug price increases in mid-2018 after the company was targeted by President Trump in a Tweet for raising drug prices.
(Also see "Pfizer Agrees To Roll Back Prices On 40 Drugs, Yielding To Pressure From Trump" - Scrip, 10 Jul, 2018.) The company promised at the time not to raise drug prices for the remainder of the year or until Trump's pricing blueprint was implemented. Several other drug makers followed Pfizer's lead, vowing to hold off on any more price increases for the remainder of 2018.

The question now is how much scrutiny drug makers will come under when they increase prices in 2019, and if the president will get back on his social media megaphone. The problem for the industry is that many companies have relied on hefty price increases to pad lackluster volume growth.

Led by HHS Secretary Alex Azar, the Trump administration has also been working on new policy proposals that could have an enormous impact on the industry as it looks for ways to lower drug costs. The Centers for Medicare & Medicaid Services released an advanced notice of proposed rulemaking Oct. 25 addressing changes to Medicare Part B, including a hot button proposal to link some drug reimbursement to an international price index.(Also see "Medicare's Foreign Price Bench-marking Will Only Hurt Bad Negotiators, HHS's Azar Argues" - Pink Sheet, 25 Oct, 2018.)

Unsurprisingly, Read came out against such a policy maneuver. "I don't think it's in the best interest of patients; it effectively imports price controls from abroad [to] the US and we hope that the administration would reconsider its position on that," he said.

HHS is also expected to issue new proposals around rebating, the volume-based offsets drug makers pay to payers  to secure market access. HHS' Office of Inspector General is preparing a proposed rule that could remove the safe harbor that allows negotiated rebates from the anti-kickback statue, which has protected the discounts. There are a lot of questions about the action and whether it will result in the elimination of rebates altogether or some kind of replacement discount.(Also see "HHS Advancing Attack On Rebates With Proposal To Revoke Safe Harbor" - Pink Sheet, 24 Jul, 2018.)

Read was bullish on the probability of near-term rebate reform during Pfizer's second quarter call, and this time he said he continues to expect action between now and the end of the year. "It is the most effective way the administration can lower prices for patients at the point of purchase," he said, adding that there could be a variety of ways to reform the rebate system.

Read presided over the call for the last time as the CEO of Pfizer. The company revealed Oct. 1 that Chief Operating Officer Albert Bourla will succeed Read as CEO effective Jan. 1, while Read will remain with the company as executive chairman.(Also see "Pfizer CEO Read Will Pass The Torch To Bourla In 2019" - Scrip, 1 Oct, 2018.)

Bourla will be tasked with driving growth at Pfizer while the company navigates through the upcoming loss of exclusivity of Lyrica (pregabalin), the company's second best-selling drug behind the pneumococcal vaccine Prevnar. Lyrica generated sales of $1.13bn in the third quarter. The drug is poised to lose market exclusivity on Dec. 30, but Pfizer has filed for pediatric exclusivity, which could extend exclusivity by six months to June 30 if granted by the FDA.

The company is preparing to increase R&D investments and commercial costs as it prepares for the launch of several new drugs in the next five years, Bourla said.

"To partially offset these incremental cost increases, we will generate cost-reduction opportunities particularly in indirect SG&A," Bourla said. "We are taking steps to simplify the organization, increase expense control and reduce organizational layers." The company confirmed in October that it is planning to reduce its workforce by a few percentage points.

The company's big new growth-driver, the breast cancer treatment Ibrance (palbociclib) continued to perform well in the third quarter, generating $1.03bn, growth of 17%, despite new competition. Pfizer's Innovative Medicines sales grew 4% to $8.47bn in the third quarter, but the Essential Health business weighed on revenues, down 4% to $4.83bn, partly due to ongoing manufacturing issues.