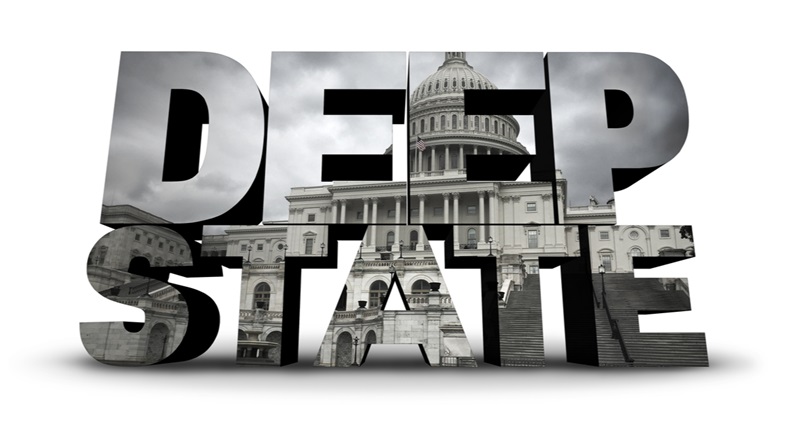 President Donald Trump and senior government officials' communication around the emergency use authorization for convalescent plasma for COVID-19 is sowing new doubts that the US Food and Drug Administration will make a science-based decision on if, and when, to grant clearance to any COVID-19 vaccines.

The damage from the plasma rollout – where FDA Commissioner Stephen Hahn and Health and Human Services Secretary Alex Azar joined Trump in hyping plasma with misleading data – could compromise public trust in COVID-19 vaccines and the agency for the longer term, even if that process is handled better, numerous former FDA leaders and public health experts said. Similar concern is also coming from Democratic health leaders in Congress.

The controversy with the plasma EUA is largely not about whether the treatment met the relatively low bar for emergency use – that it is reasonable to believe the product may be effective. Instead critics questioned the timing of the decision, which seemed to speak to political pressure and influence, and how the president, his health secretary and the FDA commissioner presented the data – most notably exaggerating the benefit seen in an expanded access program.

“I really worry based on some of the things floating around in the public sphere, and based on the pressure around this EUA for convalescent plasma and the one for hydroxychloroquine that despite the best of intentions, for example, at FDA, there may be political pressure to authorize a vaccine without sufficient data,” said Jesse Goodman, who served as FDA’s chief scientist from 2009 through 2014 and head of the Center for Biologics Evaluation and Research for about a half dozen years before that.

“I think the problem here is not use of the EUA. It’s the sort of change of norms on respecting the independence of FDA’s judgement, which most people see as an asset. And the world looks at FDA and says this is strong scientific agency with independence and it’s something to admire. And I’m really worried that that’s what we’re undermining and we have to figure out how to prevent that from getting any worse,” Goodman told the Pink Sheet.

The EUA was issued on Sunday evening 23 August with a White House press conference – an event largely unheard of for an FDA decision – following reports earlier in the week that NIH leaders had asked the agency to wait on the authorization because the data were too weak. Those reports prompted President Trump to suggest on 19 August that politics, in particular, a desire to wait until after the 3 November US presidential election, may have motivated the agency’s failure to act. The implication was that agency employees were trying to delay approvals to hurt Trump’s chances of reelection. (Also see "Fate Of COVID-19 Convalescent Plasma Clinical Trials At Stake As US FDA Weighs EUA" - Pink Sheet, 20 Aug, 2020.)

Then, on Saturday 22 August, the day before the press conference, Trump doubled down on criticism of the agency, broadly attacking career scientists.

“The deep state, or whoever, over at FDA is making it very difficult for drug companies to get people in order to test the vaccines and therapeutics. Obviously, they are hoping to delay the answer until after November 3rd. Must focus on speed, and saving lives! @SteveFDA.” Trump tweeted.

Trump Chief Of Staff Mark Meadows took the president’s deep state remarks even further on Sunday telling ABC News that the White House “looked at a number of people that are not being as diligent as they should be,” and that some of them “have been relocated.”

That evening during the EUA press conference Trump, Azar and Hahn made multiple statements suggesting that plasma treatment decreased mortality by 35% in COVID-19 patients, with Hahn even saying that if the data continue to pan out, if 100 people are sick with COVID-19, 35 would have been saved due to plasma.

What they largely ignored in the press conference was that those data came from a subanalysis of retrospective data collected from an expanded access program – not a prospectively designed clinical trial – making the data highly subject to bias and confounding and impossible to prove causality to the plasma. They also emphasized the relative risk, not the absolute risk, which is much smaller than 35%. This 35% statistic is not present in FDA's actual EUA memorandum on plasma for COVID-19. (Also see "Analyzing the Evidence For The Convalescent Plasma EUA" - Pink Sheet, 24 Aug, 2020.)

What Hahn said at the press conference was as problematic as what he didn't say or do, FDA experts said. Most notably, they felt he should have pushed back on the deep state comments.

“Hahn has surrendered his scientific credibility, and much of his agency’s, apparently just to appease Trump on a shared podium,” said Daniel Carpenter, a Harvard professor who is an expert in the history of the FDA.

“There was no reason, zero reason, for Hahn to emphasize the numbers.  There were all sorts of reasons not to cherry-pick one number from a more complicated and limited study. He could simply have stated that an EUA was being issued by the agency and stopped there.  When he emphasizes the 35% relative improvement in outcomes, he puts the imprimatur of his agency behind a specific statistical estimate. And as a range of medical and statistical minds have already stated, it is a credulity-stretching read of the data to believe that number and to report that estimate alone,” Carpenter told the Pink Sheet.

“It gets worse when Hahn then touts his oncology experience as relevant to this particular statistical estimate. Response rates in cancer and response rates in infectious disease are two different ballgames.”

“Combine this with the fact that he failed to stand up to his agency in response to President Trump’s deep state tweet and it appears that Hahn is increasingly acting not as leader of a scientific agency but as an obsequious mouthpiece for an incumbent presidential candidate.”

“I think yesterday was terrible for FDA,” said Joshua Sharfstein, former principal deputy commissioner at FDA and now vice dean for public health practice and community engagement at Johns Hopkins University Bloomberg School of Public Health. He was concerned that Hahn did not push back on any of Trump’s deep state remarks.

“I think this is a warning sign for the vaccine, that vaccines should not be done like this. They should be going with a full set of data to the advisory committee, they should be really explaining their decision making, it should not be a campaign style event. It should be divorced from politics,” Sharfstein added.

Sharfstein said there are few backstops in place to correct misleading statements like those made by Trump about the agency staff members or the plasma clearance if the FDA itself doesn’t step up and correct them.

“The FDA is really the last line of defense. That’s very hard by the FDA if that line gets sort of pierced by politics. It’s very hard to make up for that,” he said.

Many suggested Hahn did not belong in the commissioner slot after the recent events.

“I never imagined we could live in a situation where positions of such importance to our welfare as Americans would be so compromised,” said former FDA Acting Chief Scientist Luciana Borio.

Borio said the EUA decision is not necessarily the fault of a loosely designed regulatory pathway, because she said the EUA was “designed to be extraordinarily flexible for a reason.” In the past, FDA has guarded this authority “with tremendous responsibility,” noting that just because a product meets the standard of EUA doesn’t mean it has to or should be issued, Borio said.

Instead, Borio blamed the current situation on the agency’s leadership.

“What I think needs to be changed is FDA leadership. So that we can have leaders that understand data that can interpret data and they can communicate to the public with integrity,” she told the Pink Sheet.

“It’s pretty clear that Stephen Hahn doesn’t have the fortitude to withstand pressure from the White House,” said Gregg Gonsalves, co-director of Yale’s Collaboration for Research Integrity and Transparency.

More than 24 hours after the White House press conference, Hahn partially acknowledged some of the criticism surrounding the plasma EUA, noting on Twitter that he mixed up relative and absolute risk. But he maintained that politics did not play a role in the EUA decision.

Those who are worried about the implications of the plasma decision on COVID-19 vaccines say that the current situation has made it such that even if FDA does everything perfectly, public trust for a vaccine may be limited.

“The fact that there was overt pressure from the president and other advisors to get to this decision, I think, even if FDA did function independently, it undermines the public's belief that FDA is independent, and will make future decisions based on science rather than politics. And that's one of the most harmful things. I mean, these attacks on FDA, as deep state , these pushes to have decisions just really risk undermining confidence,” Goodman said.

“There’s a very bitter taste to the wine when the very agency, the FDA in this country, that’s been charged with really overseeing the sound science and regulatory review of vaccines is being attacked, the environment of politicization, the clear pressure on decision-making that all adds to the doubt. And of course I think some failures in transparency about how decisions are being made. And unfortunately we’re seeing science by press release in some circumstances where we’re getting information not through the normal channels. And I do really worry that this is adding a new form of vaccine hesitancy to even some of the most sophisticated vaccinologists and others about can we really trust a vaccine,” Hamburg said at The Health Alliance symposium on promoting innovation and equity for COVID-19 vaccines and therapeutics.

Borio suggested that ironically vaccine hesitancy may be helpful under the current circumstances.

“In normal times, one would argue that once FDA makes its scientifically driven decisions that vaccine hesitancy is actually counterproductive. But one thing that may guard against the inappropriate use of vaccines that are released prematurely is the vaccine hesitancy, paradoxically,” Borio said.

Gonsalves said another savior in the vaccine space may be that the “old school,” “big, multinational drug companies”  won’t want to risk their reputation with a premature clearance. But he said there are some companies in the space he could see “playing along with the Trump administration on this, which would be a total disaster.”

Congress is watching as well.

“As FDA Commissioner, it is your responsibility to lead and defend the agency, yet when the President and his Chief of Staff accused the FDA of being part of the ‘deep state’ you remained silent,” the lawmakers wrote.