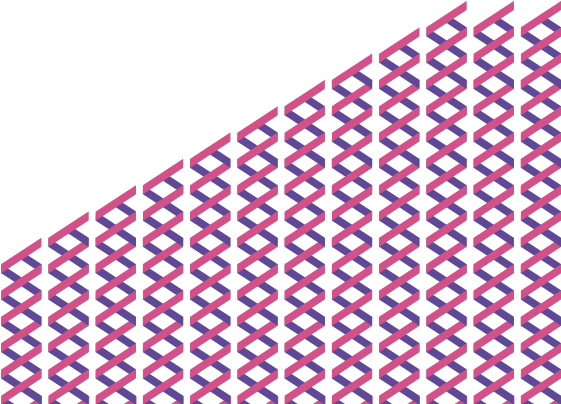 Discover the top medtech stories from the last week below

Sirtex announced that it presented a post-hoc analysis of data from the SIRFLOX and FOXFIRE Global studies during a late breaking trial session in a presentation titled "Impact of primary tumour location on survival in patients with metastatic colorectal cancer receiving selective internal radiation therapy and chemotherapy as first-line therapy" at the European Society of Medical Oncology’s 19th World Congress on Gastrointestinal Cancer (WCGC) in Barcelona, Spain, on July 3, 2017. The data was subsequently published in a supplemental issue of the Annals of Oncology on July 3, 2017.

See more on Sirtex and SIR-Spheres on Meddevicetracker.

Swiss Federal Laboratories for Materials Science and Technology (EMPA) announced that they are developing a bandage that monitors the healing process of chronic wounds. The bandage is being developed through a project called Flusitex (Fluorescence sensing integrated into medical textiles), which is being funded by the Swiss initiative Nano-tera.

The novel bandage alerts nursing staff as soon as a wound starts healing poorly. Sensors incorporated into the base material glow with a different intensity if the wound’s pH level changes. The sensors in the bandage start glowing and some even change color in the visible or ultra-violet (UV) range. Thanks to a color scale, weaker and stronger changes in color can be detected and the quantity of the emitted substance be deduced.

The idea of being able to see through a wound dressing gave rise to the project Flusitex whose goal is to develop a high-tech system that supplies relevant data about the condition of a wound. By providing continuous information on the state of the healing process without the bandages having to be changed any more frequently than necessary means a gentler treatment for patients, less work for the nursing staff and, therefore, lower costs. Around $17 billion were spent, globally, on treating wounds in 2016. With the development of this new “Smart” bandage EMPA has the potential to save patients millions of dollars as well as simplify the process of healing chronic wounds.

See more on Swiss Federal Laboratories for Materials Science and Technology (EMPA) and Flusitex on Meddevicetracker.

HeartFlow announced that the American Medical Association (AMA) has issued a set of new Category III Current Procedural Terminology (CPT) codes for HeartFlow FFRct, a noninvasive technology that helps clinicians diagnose and treat patients with suspected coronary artery disease (CAD). The CPT code application was submitted collectively by the American College of Cardiology (ACC), the Society of Cardiovascular Computed Tomography (SCCT) and the Society for Cardiovascular Angiography and Interventions (SCAI).

The new set of CPT codes provides definitive evidence that HeartFlow FFRct is a unique and distinct analysis that provides important and actionable clinical information above and beyond that of a coronary CT angiogram. CPT codes are granted and regulated by the AMA CPT Editorial Panel and are widely used by government payers, including Medicare and Medicaid, and commercial health plans to describe healthcare services and procedures for reimbursement. With the new CPT codes, hospitals and clinics utilizing HeartFlow FFRct will now be able to generate claims with both Medicare and commercial payers when FFRct is ordered for patients with suspected CAD.

The new HeartFlow FFRct CPT codes will become effective on January 1, 2018. They include:

See more on Heartflow and the HeartFlow FFRct on Meddevicetracker.

Novo Nordisk announced it initiated a recall of insulin cartridge holders used in a small number of NovoPen Echo batches because they may crack or break if exposed to certain chemicals, like certain cleaning agents. NovoPen Echo is used for insulin treatment by people with diabetes. Using a device with a cracked/broken cartridge holder may result in the device delivering a reduced dose of insulin which could potentially lead to high blood sugar. Novo Nordisk believes the risk of experiencing high blood sugar when using a device with an affected cartridge holder is low.

The affected batches were distributed between 8/1/2016 – 6/22/2017 to distributors, sales representatives and replacement programs for further distribution to pharmacies, healthcare providers and patients nationwide.

See more on Novo Nordisk and the NovoPen Echo on Meddevicetracker.

Titan Pharmaceuticals announced that it has entered into a Cooperative Research and Development Agreement (CRADA) with Walter Reed Army Institute of Research (WRAIR) and Southwest Research Institute (SwRI) to evaluate the development of ProNeura-based implants for a long-term regimen in the prevention of malaria.

Initial non-clinical studies have demonstrated preliminary proof-of-concept and the results were recently presented by the Experimental Therapeutics (ET) branch of WRAIR at the 2017 Asia Pacific Military Health Exchange (APMHE) in Singapore. ProNeura implants containing piperaquine, an effective compound against blood stage parasites, were formulated at SwRI and tested at WRAIR in a mouse model infected with Plasmodium berghei, to characterize the pharmacokinetic (PK) release profile and long-term prophylactic efficacy. Piperaquine implants demonstrated sustained drug release for 6 weeks of PK analysis, and exhibited sufficient suppression of early blood stage malaria in infected mice, as assessed by IVIS (In Vivo Imaging System). Furthermore, complete protection from infection with Plasmodium berghei parasites was demonstrated for up to 8 weeks post-implantation in mice. In addition, the sustained release of other antimalarial drugs, atovaquone and doxycycline, were demonstrated in vivo with their respective ProNeura-based implants.

See more on Titan Pharmaceuticals and the ProNeura Delivery System on Meddevicetracker.

Solasia Pharma announced that episil (SP-03) has been approved for the management and relief of pain, soothing oral lesions including oral mucositis/stomatitis caused by chemotherapy and/or radio therapy by the Japanese Ministry of Health, Labour, and Welfare.

Solasia will target to obtain reimbursement of episil and thereafter be commercialized, distribritued, and promoted by its partner Meiji Seika Pharma.

episil oral liquid is the first approved product in Japan for local treatment of pain associated with oral mucositis (OM) for cancer patients undergoing chemotherapy and radiotherapy. In 2016, Solasia obtained an exclusive license to develop and commercialize episil in Japan and China from Camurus AB. In May 2016, Solasia filed for New Medical Device Application for episil in China.

See more on the R-PHARM JSC and the episil on Meddevicetracker.