CMS Raises Hospital Reimbursement Rate For Bone Density Scans, But Is It Enough?


Advocacy groups for diagnostic services to test for osteoporosis scored a big win when the US Centers for Medicare and Medicaid Services agreed to raise Medicare reimbursement rates for DXA bone density scans in the hospital setting this year rather than cutting the rates as initially proposed. However, there is not such good news for doctors providing in-office DXA scans, as they struggle with continuing declining reimbursement rates that cannot offset the costs of the procedures. 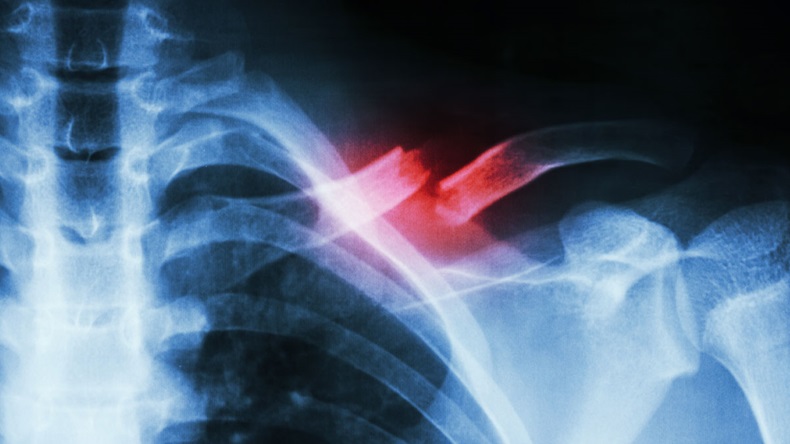 The announcement by the US Centers for Medicare and Medicaid Services on Nov. 14, 2016, to increase reimbursement rates for dual-energy X-ray absorptiometry (DXA) bone scans – considered the gold standard to test for osteoporosis – in the hospital setting to $112.69 after an initially proposed rate cut from the national average of $100.69 to $63.33 may be good news for hospital-based doctors, but it does not address the financial burden faced by private practitioners who perform the majority of these bone density scans, according to the International Society for Clinical Densitometry (ISCD).

Rates of osteoporosis screening via DXA testing have steadily declined since the implementation of the Deficit Reduction Act of 2005, according to a new Meddevicetracker report, Women's Health: Osteoporosis Diagnostic Products.

Medicare’s national average payment for DXA scans in doctor’s offices has been steadily dropping over the last decade or so, from $139.46 in 2006 to $40 in 2015, $41.56 in 2016 and $40.78 for 2017, according to ISCD statistics. Only for a brief period (2010 to March 2012) – as a result of congressional intervention – did reimbursement rates for private DXA testing rise to $98, before continuing its downward trend, Donna Fiorentino, ISCD’s Legislative Counsel, told Medtech Insight. The ISCD represents about 3,000 members including physicians and technologists performing axial DXA scans in both the office and hospital settings, she said.

Fiorentino said she’s thrilled that the advocacy efforts by her organization and others, such as the National Osteoporosis Foundation, paid off, but said that serious challenges remain.

“We urged them (CMS) to look at the whole system – office and hospital-based together – and they decided not to impose hospital-based cuts,” Fiorentino said. “It is a huge win for us and we are thrilled that hospital-based physicians are able to provide the service, but it did nothing for the hemorrhaging in the doctor’s office.” – Donna Fiorentina, Legislative Counsel, International Society for Clinical Densitometry

About two-thirds of all DXA testing is performed by endocrinologists, gynecologists, rheumatologists and other practitioners in their offices. Many doctors have traditionally incorporated DXA machines into their offices to screen patients who may be treated for other conditions, such as diabetes, obesity or thyroid problems that have been linked to potential bone density issues. The on-going reimbursement cuts, however have made it increasingly difficult for doctors to offer testing. According to the ISCD, the numbers of DXA office providers declined from 22,355 in 2008 to 15,952 in 2015. (See Figure 2).

With fewer doctors offering DXA screening in their private practices, it has created an access problem for patients, with many hospitals having a backlog of six months and longer to accommodate patients. For many aging patients, who have difficulty getting around, the need to travel to a hospital, then see their provider, is also a major deterrent to getting tested, Fiorentino noted.

“Because Medicare began to cut DXA reimbursement rates in 2007, it was predictable that when you slashed rates to that extent, you’ll see a drop in the number of providers and that is exactly what happened,” Fiorentino added. “And as reimbursement dropped, you see the percentage of women tested (for osteoporosis) in the Medicare program dropped and those diagnosed with osteoporosis dropped.”

The 70% drop in Medicare reimbursement for office-based bone density tests has led to 24% fewer physicians offering bone density testing compared to 2008, resulting in 2.3 million fewer DXA scans being performed on Medicare-age women. Between 2009 and 2014, osteoporosis diagnosis in Medicare women declined by 18%; women 65 years and older who have a DXA scan have 22% fewer fragility fractures and 35-50% fewer hip fractures than those who don’t get scanned.

Statistics by the Bone and Joint Initiative 2016 suggest that after a 30-year downward trend in hip fractures in the US, this decline has now plateaued as a consequence of reduced DXA testing, which, in turn, leads to potential osteoporosis patients not being managed properly.

Jane Mazur, a spokeswoman for Hologic Inc. which markets the Horizon DXA system in the US under its skeletal health division, told Medtech Insight that the drop in Medicare reimbursement rates for DXA scans has led to an “alarming change in the trend line on hip fracture.”

“Ultimately, lower reimbursement has resulted in fewer providers and less DXA scans being performed,” Mazur said. “Unsurprisingly, this has resulted in smaller numbers of women being diagnosed and treated for osteoporosis or osteopenia, which has led to an increase in fractures.”

At the same time, she said that even through the downturn in reimbursement, Hologic hasn’t seen declining DXA sales and even introduced its newest-generation Horizon DXA system to private doctors and in hospitals in the second quarter of fiscal year 2014.

She noted that other factors, beyond reimbursement, impact DXA sales.

“For example, Hologic is starting to see growing interest in utilizing the technology to assess body composition in the elite fitness, nutrition and weight loss markets,” Mazur said.

“In a broad sense, this segment (bone densitometry) has remained relatively flat over time, which can be greatly attributed to two factors – reimbursement, which accounts for much of the decline – and other dynamics, such as the concern over bisphosphonates used in the treatment of osteoporosis,” Mejia told Medtech Insight.

He also sees the technology increasingly being used “beyond bone health.”

According to the Meddevicetracker report, in 2015, Hologic was the second- leading competitor in the US with a market share of 39% and about $39.3m in densitometer products sales behind market leader GE Healthcare, which held a 47% market share and posted about $47.4m in product sales.

Still, everyone agreed that historically when reimbursement rates for DXA testing are higher, it correlates into more doctors prescribing and conducting bone density tests, which translates into more high-risk fracture patients being diagnosed and treated earlier.

According to the Meddevicetracker report, osteoporosis was among the 10 costliest chronic conditions covered by Medicare in 2010. Fractures from osteoporosis and low bone mass cost the US health care system about $20bn annually and will reach $25bn by 2025 as the elderly population nearly doubles.

Fiorentino doesn’t expect the slight increase in DXA reimbursement for hospital-based physicians to lead to a significant rise in DXA testing.

“A $10 increase isn’t a huge increase and won’t lead hospital-based DXA to explode,” she said.

She said more needs to be done to keep DXA machines in the hands of private practitioners. The ISCD is part of the Fracture Prevention Coalition, which includes the National Bone Health Alliance, National Osteoporosis Foundation and the American Society for Bone and Mineral Research, among other organizations advocating to address the effects of DXA reimbursement cuts on patient access to care, she added.

“The trend of loss of physicians isn’t leveling off,” Fiorentino noted. “We lost over 1,000 physicians in 2014 alone. The loss of expertise in this area just cannot be understated. It’s horrible for patient care.”

Mazur agreed that office-based DXA screening for patients is critical.

“Making this critical test more easily accessible to patients will help to increase compliance and ensure that as many patients as possible are screened,” she told Medtech Insight, adding that, “If we want to reverse the startling trend of increasing hip fractures, office-based reimbursement rates need to be addressed.”

Fiorentino said higher reimbursement rates for DXA office providers would help turn things around, but it would take years to achieve the prevention levels from a decade ago.

“The progress we made in osteoporosis care has just been totally undermined,” she said. “It will take a while for that progress to reverse and more physicians to become involved and patients to get back into the system.”