Daily round-up of news and notes from the 2017 J.P. Morgan Healthcare conference in San Francisco: Comments from President-elect Donald Trump hovered over the crowd, but companies aimed to stay focused on moving forward regardless of what policy changes are coming. 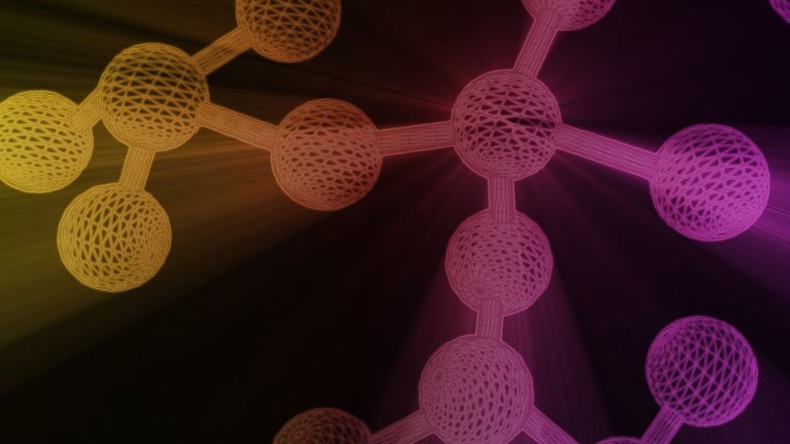 Novartis AG has made big changes to its oncology research organization in recent months, as the company looks to recapture lost ground in the immuno-oncology field, and Chief Medical Officer Vasant Narasimhan said in an interview the changes are all part of a “rejuvenation.”

There have been some high-profile R&D departures too, most notably the head of global oncology development Allessandro Riva, who was recruited by Gilead Sciences Inc. The head of Novartis’ cell and gene therapy unit Oz Azam also left last year after the company disbanded the unit.

“We have looked at the talent, where can we refresh the talent,” he said. “In oncology, we had a great set of leaders, but many of those leaders were in place for a long time. It’s a natural thing to turn over leadership and bring in new fresh ideas, and that’s just part of the rejuvenation of a company of our size.”

Narasimhan said Novartis intends to finalize a new head of oncology development in the first quarter, and is evaluating internal and external candidates.

The R&D chief also reinforced Novartis’ commitment to its CAR-T program, which some investors wondered about after Novartis folded the separate unit into its broader oncology group.

“I was really struck by the media coverage,” he said. “This was a logical progression. In a big company like ours we take an innovative idea, we incubate it in an independent group and then at the right moment, when it starts to become more mature, we bring it into our broader organization.”

Narashimhan said the change will help the company prepare for the development and commercialization of its first potential CAR-T therapy CTL019, which it is on track to file with FDA for relapsed/refractory pediatric acute lympoblastic leukemia (ALL) in early 2017.

“We didn’t lose anything on the timeline,” Narashimhan said. “Our pipeline behind [CTL019] with UPenn continues on pace.

AbbVie Inc. CEO Richard Gonzalez managed to get in the company’s pledge to limit price increases to single digits at the very start of the firm’s Jan. 11 presentation at J.P. Morgan, right before US President-elect Donald Trump voiced his intent to take on drug pricing.

Several firms have followed Allergan PLC CEO Brent Saunders’ lead of a “social contract” to control price escalations, a voluntary step that just might get ahead of actual government controls.

AbbVie announced it will take “one price increase per calendar year for all brands,” Gonzalez said, “and no increases will exceed single digits for any product in our portfolio.” The CEO stressed AbbVie’s commitment to innovation, the continuing strength of its market-leading TNF inhibitor Humira (adalimumab), and its efforts to diversify – especially in core areas like oncology, neuroscience and virology, where its emphasis is on the remaining unmet need in the HCV market. In oncology AbbVie is “on the way to building a leadership position in hematology,” Gonzalez asserted, on the backs of Imbruvica (ibrutinib) and Venclexta (venetoclax). (Also see "AbbVie Makes Further Inroads In Oncology As Humira Loss Looms" - Scrip, 21 Dec, 2016.)

But the company’s core remains immunology, where it is focused on maintaining Humira as standard of care through the end of its patent life in Q4 2018, and then “redefining that standard of care” out of its pipeline. Gonzalez pointed to the IL23 inhibitor risankizumab from Boehringer Ingelheim GMBH and the JAK inhibitor ABT494 as having best-in-class potential. The dermatology and psoriasis markets have grown and will continue to grow as new drugs come to market, the CEO noted, because there needs to be a range of drugs to treat the spectrum of patients. “It’s a market that needs a portfolio of agents to best manage,” Gonzalez noted. “In many of the immune-mediated diseases, you need a portfolio.”

Investment capital continues to drive early-stage biopharma development, but investors have eased their feet off the gas just enough to have some impact on the dealmaking environment.

James Sabry, Senior Vice President of Genentech Inc. Partnering, said there were plenty of innovative ideas for the Roche subsidiary to consider in 2016, but even companies with compelling technology – not me-too proposals – needed a large partner to share their financial and development risk.

“We did more early clinical-stage deals – the most in a long time or maybe ever,” Sabry said. Genentech negotiated four such early-stage transactions in 2016.

“Biotech is strong, capital is flowing in, and I think that will continue in 2017,” he said. “But, there is a strong emphasis on innovation, not me-too [products].” Immuno-oncology plays by its own rules, however.

For instance, even with dozens of PD-1 inhibitors in development, biopharma firms developing them are able to raise capital and find buyers for those assets, because other companies think they have to have a PD-1 inhibitor to anchor immunotherapy combinations. Also, cancer drug developers that were struggling before the immuno-oncology boom have repackaged themselves as immuno-oncology companies, with some success.

Such strategies will eventually run out of gas, however, because most major immuno-oncology players like Genentech/Roche are very careful about the external immunotherapy programs they bring in-house.

“The signal-to-noise ratio has gone down,” Sabry said.

But Genentech is looking beyond hot targets to the biology involved in immuno-oncology to find solutions to unanswered questions, such as why some tumors have a lot of T cells and others are immune deserts. Genentech wants to partner with companies that have answers to those kinds of questions and technology that uses that information to develop novel therapies.

The company’s also looking beyond therapies that bring T cells to the tumor, searching for technology that could make sure those T cells do what they’re supposed to do when they get to the tumor. For instance, Sabry said, Genentech may invest in cancer vaccines that are designed to boost T cell activity.

Outside of cancer and immuno-oncology, Genentech continues to invest in neuroscience internally and externally in areas such as Alzheimer’s disease, Parkinson’s disease and amyotrophic lateral sclerosis (ALS). The company’s interest in multiple sclerosis also has increased based on positive data for ocrelizumab in MS. Antibacterials also are of interest as are assets in immunology – particularly asthma, rheumatoid arthritis and lupus therapies.

Small companies looking to start out in the super-trendy immuno-oncology space should forget about chasing a mechanism that is already in the clinic with somebody else right now if they want to be an innovator, according to Tito Serafini, CEO of immune profiling technology company Atreca Inc..

Serafini's comments came in response to a question about development strategies during a Jan. 11 panel on immuno-oncology at the Biotech Showcase, which is held in parallel with the J.P. Morgan Healthcare Conference.

Hundreds of companies are doing combination trials with existing therapeutic modalities. It's very frustrating to see so many checkpoint inhibitors in the clinic, sucking up resources and patient access, when there is still so much work to be done in the development of immuno-oncology, the exec said.

Serafini said his recommendation is that companies trying to get off the ground be entrepreneurial and think eight years down the road, looking for novel approaches, taking a risk, but being smart about it.

"Take a chance. You are going to have to take a chance," Serafini said.

The Bayer AG and CRISPR Therapeutics AG joint venture Casebia Therapeutics, in which Bayer contributed $300m and CRISPR provided CRISPR/Cas9-related intellectual property, is in active hiring mode in San Francisco and in Cambridge, Massachusetts while the company works toward the goal of submitting three to five investigational new drug (IND) applications within the next five years. (Also see "Bayer And CRISPR Form Cutting Edge Gene Editing JV" - Scrip, 22 Dec, 2015.) Casebia President and CEO James Burns said the first of those INDs could be filed in 2019.

Burns, who joined the company on Oct. 31 after several years at Sanofi’s biotech business Genzyme, said Casebia’s 12th employee will start work on Jan. 16 and he expects joint venture to have 70 employees by the end of 2017 to support the submission of multiple INDs during the next few years. The company will develop gene-editing therapeutics for in multiple disease areas, including hemophilia, cardiovascular, ophthalmology and audiology.

Casebia’s hemophilia development programs will be based in Bayer’s biotech incubator known as the CoLaborator in San Francisco’s Mission Bay area. (Also see "Bayer's CoLaborator: A Startup Hub In San Francisco's Biotech Cluster" - Scrip, 24 Jun, 2016.) All other research will be conducted in Cambridge, where Burns is based.

The Casebia CEO said the company is not having a hard time recruiting employees and cited a few different factors. First, people are excited to work at a company that’s developing “cool science” – gene editing that could help very sick patients. Second, Bayer’s $300m upfront investment gives the company the kind of capital that lets prospective employees know that there will be money to move development programs forward. Burns said prospective employees also are intrigued by the fact that he left a nearly 30-year run at Genzyme, where he most recently was head of Sanofi’s North American R&D Hub, because it’s a signal that the science must be compelling.

In fact, Bayer and CRISPR Therapeutics set up Casebia in a way that would make it hard for any CEO candidate to say “no” to the job. Bayer’s investment of $300m for up to five years means that Burns can focus on recruiting employees and talking to key opinion leaders and patients about the diseases Casebia will target.