November may have had the lowest deal volume of the year to date, but five hefty fundraisings pushed the total takings of the first 11 months of 2017 to more than $5.9bn. With one more month to go, will 2017 succeed in surpassing $6bn in total deal value, and claim the title of most bountiful year since 2013? 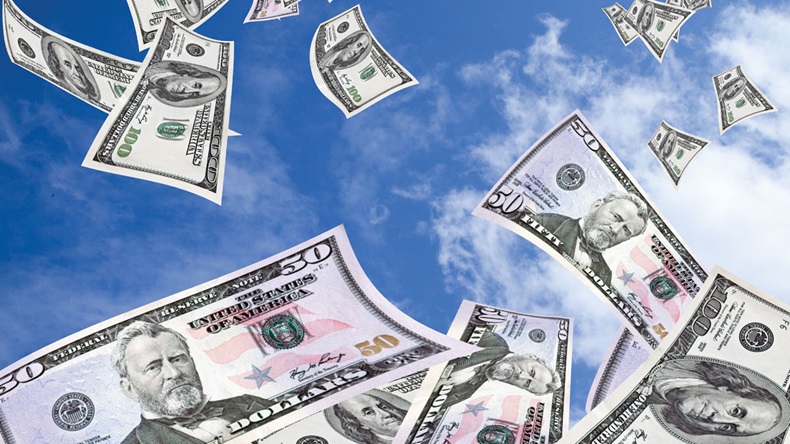 2017 could set a five-year record for the most venture capital and private-equity dollars raised by emerging medtech companies, even smashing through the $6bn barrier for the first time, after November recorded several hefty fundraisings.

Of the 19 medtech VC financing deals recorded by Medtech Insight's VC deals tracker, the 17 that disclosed financial details raised an impressive $622.1m. The shortfall from the very modest deal volume – 10 less than the month before and three less than in November last year – was mitigated by the significant deal value coming from the month's top five transactions that raised $50m and over. (See Figure 1.)

November's rich pickings have boosted total deal value this year to date to $5.90bn, just over $100m – a very feasible target to hit for December – to exceed $6bn and break the five-year record. (See Figure 2.). Looking at the deal value, month-by-month over the last five years, 2017 has proven to be a consistently solid performer. Bar February, where its takings were the lowest compared to the same month in the previous years, there were five months – January, March, May, September and November – where 2017 outshone every year back to 2013.

Although a mere fraction of the $900m series B funds raised by Grail in March, Progenity Inc.'s none-too-paltry $125m series B was the biggest round in November. This, and the other two companies in the top three – Annoroad and Counsyl – all target similar markets by offering gene tests and testing services for women's health, reproductive health and cancer management. California-based Progenity, which is focused more on the clinical community, said it will use the funds to further enhance its existing portfolio in these areas, but it is also looking to expand into gastrointestinal health and the new capital will accelerate development of its GI platform of precision molecular diagnostics tools, precision therapeutics, microbiome analytics, and consumer health nutrition.

Beijing-based Annoroad – the second largest round with $105m – leverages its proprietary next-generation sequencing platform to offer diagnostic services to the clinical community, and directly to consumers. The company has a few well-known names from the Chinese health care investment community within its pool of backers, including Ping An Ventures and GTJA Investment Group. Annoroad said it will use the proceeds to scale up its business and accelerate its R&D pipeline among other things. Counsyl, like Ancestry.com, offers its services mainly to consumers and is more focused on prenatal testing, women's health and hereditary disorders.

It may not be surprising to some that the top three deals involved companies that have similar offerings and highlight not only investors' belief in the huge potential of the non-invasive prenatal testing market segment, but also in the consumer genomics marketplace. This point was underscored by Paula Dowdy, Illumina Inc.'s senior VP and general manager of commercial operations for EMEA, in an interview with Medtech Insight earlier this year. While companies like Ancestry.com and 23andMe Inc. have met with commercial success in the US, consumer genomics companies like these have yet to really take off in Europe. But the next five years should see things turn around, Dowdy predicted. (Also see "Illumina Enters Second Wave Of Growth As Genomics Demand Swells" - Medtech Insight, 27 Jul, 2017.).

Matching prior months, IVD was the most popular sector in the number of deals in November, but cardiology, usually in the second position, was beaten last month by diabetes management. (See Figure 3.)

No. Of Deals, By Product/Therapy Areas, November 2017