A Positive Outlook For Deals, With Election Year Caveats 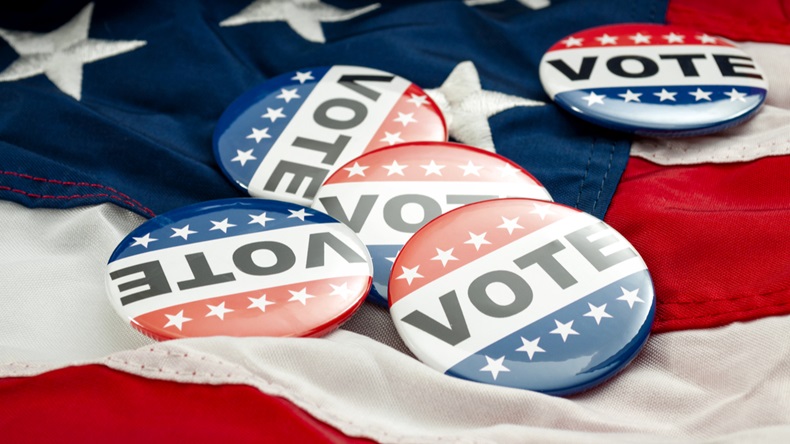 The biopharma deals and financing environment is poised to be healthy in 2020 despite the uncertainty around a US presidential election year, according to industry deal-making experts at the BIO CEO & Investor conference in New York 10-11 February.

Advancements in science and strong business fundamentals should continue deal momentum, transaction advisers said during a deals panel, but they did offer some caveats related to the US election in November.

Financial adviser Eric Tokat of Centerview Partners, which advised Spark Therapeutics Inc. in its merger with Roche last year, said the industry is in the midst of a new era of deal-making that is being driven by science.

"Historically, large pharma mergers were driven by efficiency, cost-cutting, cash flow, diversification. In this era, the drivers are a bit different than we have seen in the past," he said. The science-driven nature of deal-making today should continue the momentum behind smaller bolt-on deals in 2020, he predicted. "I do anticipate more of the $1bn-$5bn or $1bn-$10bn deals."

However, as the election approaches later in the year, there could be some pullback, he said. But for now, "no one seems to have priced in any potential risk of an election year derailing anything."

J.P. Morgan vice chairman Philip Ross agreed that "it's not priced in," but he speculated that more uncertainty could come later in the year when the Democratic nominee is selected. Growing uncertainty could impact the financing and IPO environment, with activity weighted to the first part of the year, he said.

"Everyone is kind of lining up right now to say there is less uncertainty today," Ross said. "There are a lot of people pushing pretty hard." After the US Labor Day holiday, there will be a small window for raising capital before the focus will shift to the election, he added. A similar sentiment was echoed by investors and advisers at the J.P. Morgan Healthcare conference in January. (Also see "Finance Watch: Expect A Busy First Half For 2020 IPOs" - Scrip, 23 Jan, 2020.)

Raymond James managing director Andrew Gitkin said, "My sense is that boards and executives are trying to manage around the election and trying to bring forward financings."

"What could derail the positive momentum for biotech this year, according to Tokat, is if the Democrats nominate a far-left progressive candidate like Elizabeth Warren or Bernie Sanders, who could be more likely to advocate for sweeping drug-pricing policy changes, and their potential election as president.

"I do think low likelihood, but if it does happen, I think we are going to have a very different biotech valuation and a lot of unhappy investors," Tokat said. If there is a radical political change and a big market correction, it could result in a deal-making reset as biotech will need time to adjust to lower valuations, he said.

Another lingering uncertainty is around the US Federal Trade Commission and potential for increased scrutiny of deals. Tokat, who worked on the Spark/Roche merger that was hung up by an FTC review, said that if the administration flips that will be yet another element of uncertainty.

"I think people will just be more careful," he said, but industry is already very aware of anti-competitive hurdles. Still, he said the FTC's lengthy review of the Spark deal was a surprise.

"There was zero discussion in the board room around potential risk of antitrust," he said of that deal. Roche's acquisition of Spark closed in December after a lengthy 10-month investigation into how Roche's marketing of Hemlibra (emicizumab) for hemophilia A might have anti-competitive implications for the development of Spark's gene therapies for hemophilia. (Also see "Roche/Spark Deal Clears FTC In A Sigh Of Relief For Pharma Dealmakers" - Scrip, 16 Dec, 2019.)

J.P. Morgan's Ross, who advised Celgene Corp. on its merger with Bristol-Myers Squibb Co., said similarly Bristol's move to divest Celgene's Otezla (apremilast) because of FTC scrutiny was somewhat unexpected. "We did all the diligence. We evaluated TYK2. It's a really cool mechanism and asset, but to say all the airtime was taken in the room on Otezla, it wasn't," he said. Celgene ended up selling Otezla to Amgen Inc.for $13.4bn in August so that it could get the merger with BMS completed faster. The FTC had expressed concerns about overlap with one of Bristol's late-stage pipeline assets, another inhibitor of tyrosine kinase 2 (TYK2). (Also see "Amgen's $13.4bn Otezla Buy Helps Bristol/Celgene Merger Close By Year-End" - Scrip, 26 Aug, 2019.)

"CNS continues to be interesting. The key theme is disease-modifying, curative, transformative," he said.

Raymond James' Gitkin said he is also seeing a lot of interest around big data, and around manufacturing technology, given increased emphasis on gene therapy and cell therapy. (Also see "Gene Therapy Companies Among Top M&A Targets In 2020" - Scrip, 2 Jan, 2020.)