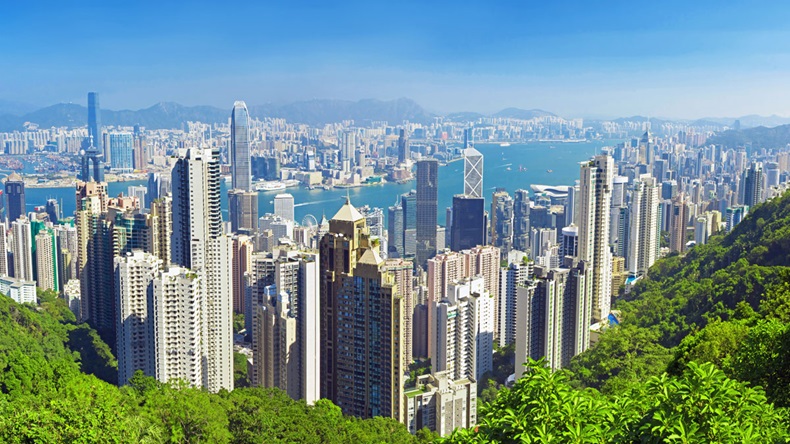 BeiGene Ltd.started trading its shares on August 8 in Hong Kong after becoming the first pharma company to both take advantage of major stock exchange reforms in the territory and to secure a secondary stock listing after that on Nasdaq in the US.

This makes it the first biopharmaceutical firm to be dual-listed in both the US and Hong Kong, and possibly the first of many that could seek a Hong Kong listing after the recent relaxation of rules for pre-revenue/profit companies.

BeiGene raised HKD7.1bn ($903m) from the secondary offering of 65.6m new shares costing HKD108 each, which was towards the high end of the indicative range. The shares sold represented about 8.5% of the enlarged capital and the fresh funds will allow continued corporate expansion, despite losses of $105m in the first quarter of the year.

At the start of trading on the first day, BeiGene’s share price initially dropped 5% to HKD103 but then picked up to trade above HKD106. Although retail investor demand was lukewarm, cornerstone investors took up half the international offering.

BeiGene CFO and Chief Strategy Officer Howard Liang indicated he was “satisfied” with the listing, which he said would increase company visibility and expand its shareholder base in Asia.

In a sense, it’s mission accomplished for both BeiGene and Hong Kong Exchanges and Clearing (HKEX ), as what appears to be a reasonably successful flotation should provide encouragement for other biotech firms to list in Hong Kong.

BeiGene founder and CEO John Oyler said at a media briefing prior to the IPO that the listing would mark the “transition from a research and development enterprise to a global commercial enterprise.”

The Beijing-based company started up in 2010 and now operates internationally with 1,300 employees. Focusing on molecular-targeted and immuno-oncology drugs to treat cancer, it was the first Chinese biotech firm in the clinical development phase to be listed on the Nasdaq Global Select Market, in February 2016.

It raised $158m from that IPO and the firm’s shares have jumped more than seven times in value since then, quadrupling its market value to $4.7bn, assisted by a $1.39bn technology licensing deal with the US company Celgene Corp. (Also see "BeiGene Bags $750m, Sees China Reforms Creating New Opportunities" - Scrip, 24 Jan, 2018.)

This stellar growth and that of other technologically advanced Chinese companies were among the reasons why HKEX and Hong Kong's Securities and Futures Commission (SFC) were spurred on to carry out the biggest revamp of listing rules in 25 years.

The aim was to enhance the bourse's competitiveness and provide incentives for both China-based and international companies to float in Hong Kong. Crucially, the new regulations allow biotech firms without revenues or profits to go public, and companies with dual-class shareholding structures to list.

The new structure was introduced on April 30 and heralded by HKEX Chief Executive Charles Li as the “dawn of a new era,” citing proximity to China, investor familiarity, and potentially higher valuations than Nasdaq. This market sold $2.4bn worth of biotech-related shares last year, according to Thomson Reuters data, making it by far the world’s biggest trader in this sector. (Also see "Hong Kong Ushers in 'New Era' For Bioventures As Listing Rules Eased" - Scrip, 1 May, 2018.)

Li’s forecast that a dozen biotech and other tech companies would be among the first to apply for a Hong Kong listing has so far been close to the mark.

Ascletis Pharma Inc. was the first biotech company to take advantage of the HKEX's more liberal regime. The maker of antiviral, cancer and liver disease drugs raised HKD2.98bn ($379m) in an initial public offering on July 31, and while its shares dipped 32% three days after opening, most analysts see this as a short term rather than long term issue.

Up to 10 Chinese and other biotech ventures are currently set to take advantage of the changes and list on the HKEX, including Hua Medicine Ltd., Innovent Biologics Inc. and CanSino Biologics.

This level of interest has taken some analysts by surprise, including Charles Chau Chi-chung, who is assisting biotech firms with their Hong Kong listings and is a partner at global law firm Jones Day.

Chau said he was expecting eight to 10 companies to make their market debuts before the end of the year, which was significantly more than he had earlier anticipated. He also added, quoted by theSouth China Morning Post, that the applications were all from major companies that were “careful in their choice of sponsors to ensure success.”

Goldman Sachs and Morgan Stanley were the high-profile sponsors behind BeiGene and talked up the company’s potential at a media briefing on July 29. BeiGene has a portfolio of six independently researched, clinical-stage drug candidates and expects to file NDAs for its two leading candidates later this year, including one an anti- PD-1 molecule.

In its filing, BeiGene wrote that it was “well positioned to capture significant market opportunities in China” and the US with its immuno-oncology drugs zanubrutinib, tislelizumab and pamiparib.

Responding to journalists’ questions at the media briefing, BeiGene CFO and Chief Strategy Officer Howard Liang said it made perfect sense to list in Hong Kong because it was closer to home. “China is our most important market and we are the industry leader, so we should be involved in the ecosystem.”

Following the listings of BeiGene and Ascletis, the managing partner at Chinese venture capital firm Qiming Venture Partners, Nisa Leung Wing-yu, was quoted as saying this was a good start for both the companies and the new-look HKEX. She cautioned, however, that more expertise was still needed in the city to evaluate biotech companies and their assets, and also to sit on the bourse’s listing committee.

“Otherwise, the worry is that after the listing of the first batch of big names we may see a bunch of firms with dubious quality come to the market due to a lack of expertise to sift them out.”

The naturally more optimistic Liang, however, said he believed the HKEX rule changes would attract more biotech companies to list and thereby naturally draw in suitably qualified research analysts and investors. He also predicted bullishly: “In the future the Hong Kong market will surpass the Nasdaq for bio-stocks.”

Finally, as HKEX’s Charles Li has pointed out, Nasdaq is not the only other player in the game, since major mainland stock markets such as those in Shanghai and Shenzhen are also out to lure biotech companies through Chinese depositary receipts (CDRs).

As Li indicated at the Ascletis listing ceremony, the take-up of CDRs has been delayed for various reasons, but in the meantime, “If companies have funding needs before CDR happens, they can come to Hong Kong.”