The Spectacle Of Trump: Tweets, Insults And A Year Pharma Won't Forget

From "getting away with murder" to "rip-off drug prices," pharma had its share of face-offs with President Trump in 2017. In the end, industry appears to have fared well under the pro-business leader, with industry insider Alex Azar now heading HHS and corporate tax reform a new year treat for industry. 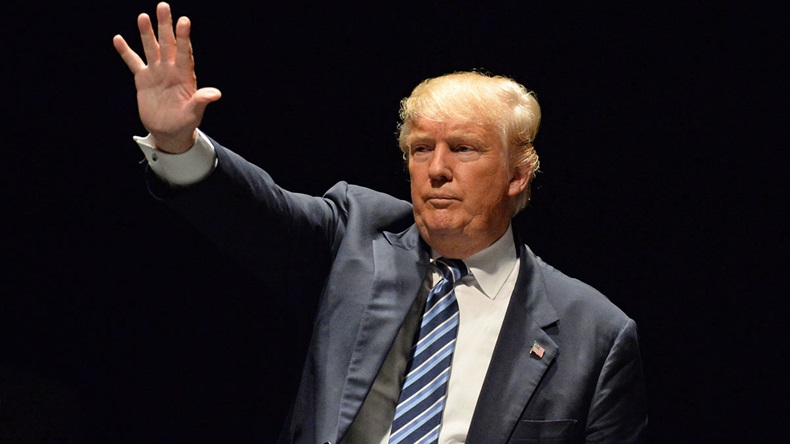 The year 2017 kicked off with the inauguration of the new, unpredictable US President Donald Trump and uncertainty around how the populist-style Republican president might focus his attention on healthcare and drug pricing. The pharmaceutical industry couldn't escape Trump's fury at times – nor his Twitter feed. But industry is easing into 2018 largely unscathed on drug pricing, poised to benefit from corporate tax reform and comforted by the appointment of industry insider Alex Azar to head HHS.

All-in-all, the Trump presidency appears to be working favorably for pharma, though there has been enough commotion and hand-wringing along the way to keep the headlines interesting. (See infographic below.)

No one in biopharma will soon forget when Trump targeted the industry in his first news conference after being elected president by calling drug makers murderers after all. To be more precise he said the drug industry is "getting away with murder," but the insult resonated in an industry hard at work developing drugs to save lives.

The fact that the pharma industry's biggest business meeting of the year was ongoing at the time, the JP Morgan Healthcare conference, only deepened the spectacle as chief executives watched their stock prices falling from their iPhones on the steps of the Westin St. Francis. (Also see "Trump Throws Pharma A Curve Ball On The Third Day Of J.P. Morgan" - Scrip, 12 Jan, 2017.)

That excitement – which all happened before the inauguration – settled eventually.

Soon after, industry's top leaders were scrambling to the White House for a photo opportunity with Trump and the chance to advocate for pro-pharma policies. Some CEOs like Merck & Co. Inc.'s Kenneth Frazier and Johnson & Johnson's Alex Gorsky joined the president's American Manufacturing Council as advisors. That didn't end so well, and it was quite a dust-up since it's not every day the pharmaceutical industry gets itself into the middle of a controversy over white supremacy.

It was a little awkward when the only big pharma CEO to condemn Trump's response to the events in Charlottesville, Virginia was also the only African American big pharma CEO. But at least Frazier got a chance in the spotlight, particularly after Trump targeted him with a retaliatory tweet, claiming Frazier's decision to step down from the manufacturing council would give him more time to "LOWER RIPOFF DRUG PRICES!" The veiled threat was enough to send the rest of the industry's leaders slinking into the shadows.

That's all water under the bridge now.

Frazier said as much at a healthcare meeting in November, noting that the administration values innovation and the White House is currently working well with the industry. (Also see "Pharma 'All-Stars' Talk Hot Topics At Forbes Summit" - Scrip, 5 Dec, 2017.) There's also that lesson most corporate leaders have learned after a year with President Trump: gambling your company on a tangle with Trump is only a smart idea if your company is Patagonia (and privately held).

Now as the first year of a Trump presidency comes to a close, Trump and pharma seem more like new-found friends forging an uncertain bond. Scott Gottlieb has been welcomed by industry as the commissioner of FDA, and Trump's second pick for HHS Secretary, Alex Azar, is a former peer who is likely to take a rational approach when it comes to any drug pricing policy changes. (Also see "Alex Azar And The Return Of Republican-Style Price Negotiation" - Pink Sheet, 24 Nov, 2017.)

And now there's US corporate tax reform, the multi-billion carrot industry has been waiting and waiting to devour. What's a little drama when off-shore cash is poised to land on your balance sheet? 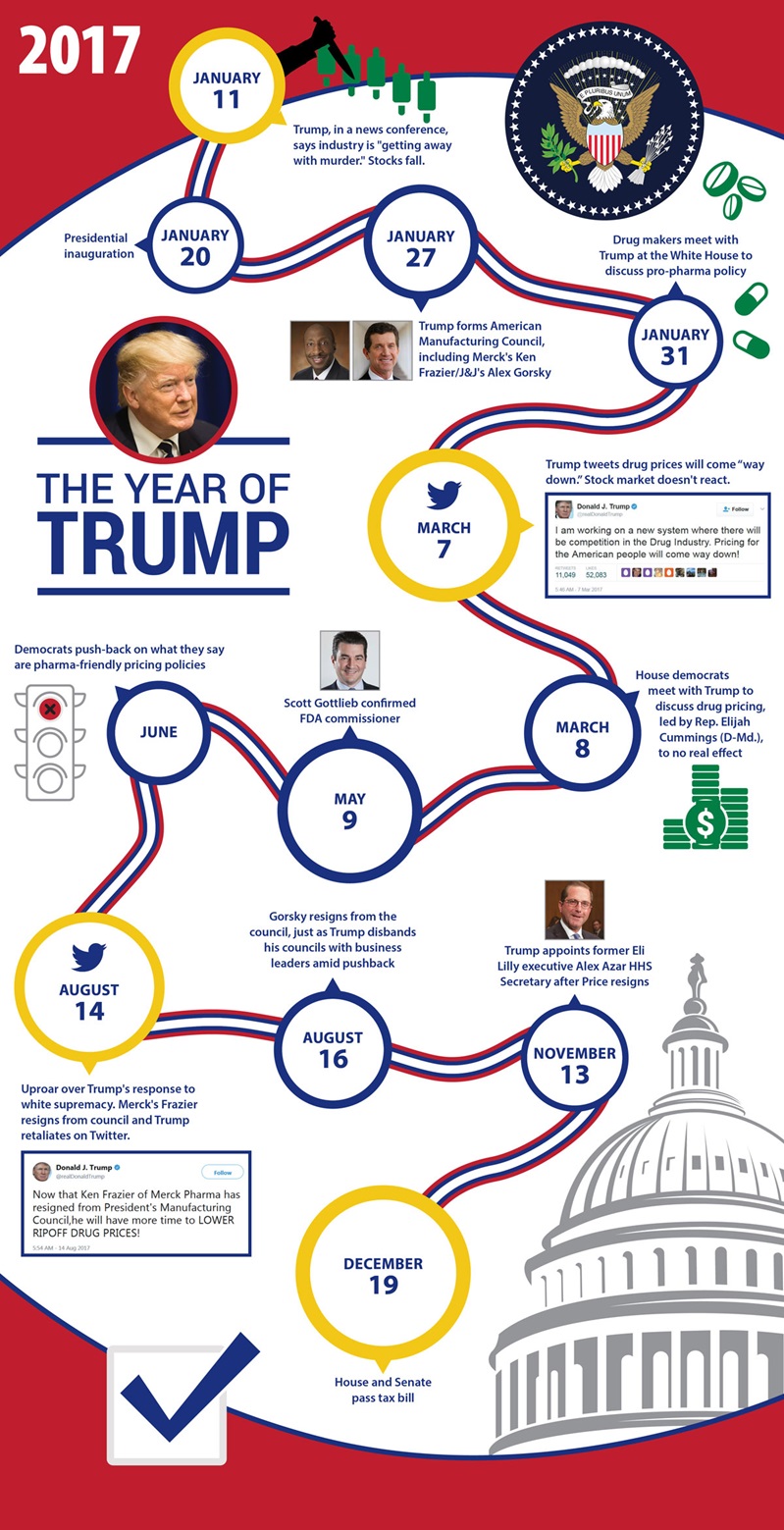