Otsuka plans a slow, measured launch of Abilify MyCite, developed with Proteus Health. The product includes an ingested sensor that sends a signal to a wearable patch and an app that tracks ingestion, activity and mood to potentially improve management of psychiatric care. 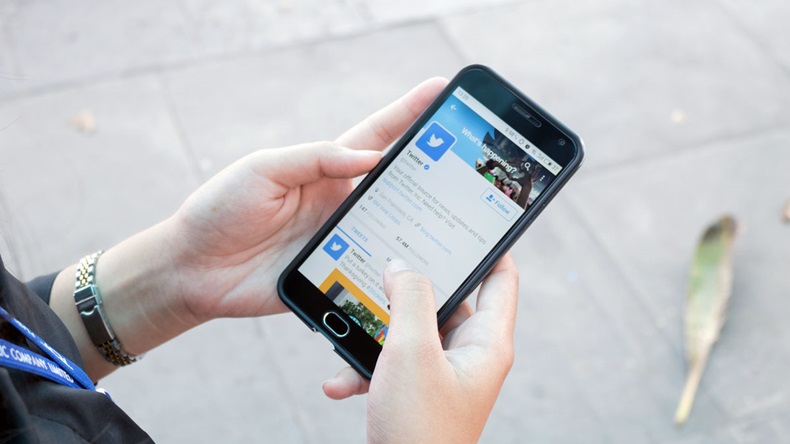 Abilify MyCite (aripiprazole tablets with sensor) passed its first big test with US FDA approval of the digital atypical antipsychotic, but with a slow launch by Otsuka Pharmaceutical Co. Ltd. it may take a while for the product to receive passing grades from patients, doctors and payers.

Otsuka and partner Proteus Digital Health Inc. initially failed to win FDA approval in April 2016 for their digital pill – a system that includes an ingested sensor, wearable patch, smartphone application and online portal to track medication compliance. The agency endorsed the product on Nov. 13, but the FDA's announcement came with a few caveats about how the compliance benefits are unproven and the data may not be reliable in emergency situations. But while Abilify MyCite's approval represents the FDA's willingness to consider digital medicines, it remains to be seen whether patients with schizophrenia, bipolar I disorder and depression will embrace the technology or whether payers are willing to reimburse the costs for a high-tech version of a drug that's available as a generic.

"The FDA supports the development and use of new technology in prescription drugs and is committed to working with companies to understand how technology might benefit patients and prescribers," Mitchell Mathis, director of the Division of Psychiatry Products in the FDA’s Center for Drug Evaluation and Research, said the in the agency's announcement about the approval.

For doctors, Abilify MyCite represents an opportunity to track adherence to prescribed drug therapy in a way that hasn't been available before, which could improve the overall coordination of care.

Otsuka Pharmaceutical Development & Commercialization, Inc. CEO William Carson, a psychiatrist by training, said in an interview that he would have loved to have had technology like this available when he was treating patients, because it's so important to keep them compliant with prescribed medicines. If the patient gives their consent to use the Abilify MyCite system as designed, he said, they can work with their doctor to monitor their medication compliance and treatment progress. (Also see "Digital Age: Otsuka Sets Sights On Abilify Combo Tablet With Sensor" - Scrip, 10 Sep, 2015.)

"This system would help you to see if the patient is compliant. If so, and it's not working, then they may need a new medication choice. If not, you know they're not taking it on a regular basis," Carson said. "It might help you make better decisions about what patients really need to get better."

A Push To Pursue Psychiatric Indications

The World Health Organization (WHO) has pegged medication compliance at about 50% globally across all diseases, but Proteus Chief Medical Officer George Savage told Scrip that in his first interactions with the FDA in 2011, Proteus was encouraged to pursue psychiatric conditions – which have notoriously poor prescription drug compliance – as the initial indications for the company's technology.

Abilify MyCite was approved for schizophrenia, acute and maintenance treatment of bipolar I disorder as a monotherapy or as an adjunct to lithium or valproate, and as an add-on therapy for adults with major depressive disorder. However, the label points out that the product's ability to improve patient compliance has not been proven – one of the caveats noted in the FDA's approval announcement.

The agency's other caveat was that the digital component of the drug cannot be relied on to track ingestion in real time or to provide ingestion information in an emergency situation, because the system's recognition that the pill has been swallowed could be delayed or it may not be recorded at all.

Abilify MyCite is designed to track the time when a patient swallows the medicine via a Proteus-developed sensor – about as big as a grain of sand – that's embedded in Otsuka's Abilify pills. The sensor sends a message to a patch worn on the patient's skin, recording the time that the drug lands in the individual's stomach.

The patch relays the data to an app on the patient's smartphone, where they can monitor when they took the drug and what their level of activity was at that time. They also can enter additional information, such as rest and mood. The patient may authorize doctors, family members and caregivers to view the data through an online portal.

The Proteus sensor and accompanying patch, app and online portal were approved as a medical device in the EU in 2010 and in the US in 2012. (Also see "Proteus Digital Health’s Ingestible Sensor Reports When Granny Takes Her Meds" - Scrip, 6 Aug, 2012.) Embedded in a placebo, the product can be ingested at the same time as a traditional pill and similarly record and display tracking information. As for additional drugs formulated with the Proteus technology inside, the company is working on therapies for cardiometabolic indications, tuberculosis, hepatitis C and HIV. The technology also could be used in opioids to track use and potentially prevent addiction. (Also see "Digitizing The Pill: Proteus Pioneer Explains How" - Scrip, 14 Dec, 2015.)

Otsuka and Proteus won the first-ever FDA approval for a digital pill only after failing the drug's first regulatory test about a year and a half ago. The agency issued a complete response letter in April 2016 requesting more information about human factors testing – information that showed how patients used and responded to the Abilify MyCite system. (Also see "FDA Ushers In Era of New Drug Manufacturing Technologies" - Scrip, 20 Jun, 2016.)

FDA asked for simplification of some of the smartphone app and online portal content to make it easier for patients to use and understand, especially since some of those individuals may have some cognitive impairment, Proteus' Savage and Otsuka's Carson explained in a joint interview.

"The FDA looked at the system, which included two components that already were on the market independently," Savage said. "They were interested in what happens when you put this together. With people who have some cognitive impairment, they wanted something that they could use very easily."

Carson added that after the FDA's suggestions were incorporated the error rate for Abilify MyCite dropped from about 12% to 1.5%. "It improved the ability of patients to use the entire system," he said.

When asked about whether it would be difficult to get patients with schizophrenia, which includes paranoia as one of its symptoms, to use technology that allows close surveillance of their treatment, Carson noted that many patients can separate their paranoid delusions from the practical matters of their treatment, such as the importance of taking prescribed medicines under close supervision, and that not all patients with schizophrenia are paranoid.

Savage said that in Proteus' study ending in 2011, patients with delusions were able to use the technology as designed. "It's not for everyone, but the general sense this isn't going to work for these [paranoid] patients is overdone," he said.

Given the novelty of the Abilify MyCite system, Otsuka is planning for a slow, measured launch kicking off in early 2018. The product's initial rollout will start with just a few health care plans and providers, who will identify a limited number of adults with schizophrenia, bipolar I disorder or depression to use the treatment. That way doctors, payers, Otsuka and Proteus can learn from early patient experiences and the companies can update their digital medicine system as needed before a broader rollout.

"We have a limited number of people who have worked with it," Carson said. "People have really liked it, have continued to use it, and have been able to utilize their smartphones and the app. That all contributed to FDA approval."

Payers have been open to the idea that Abilify MyCite could improve medication compliance and potentially reduce overall health care costs for patients with schizophrenia, bipolar disorder and depression related to non-compliance.

"There are interested payers in this environment," Carson said. "They're looking at their population of these patients and see compliance is low. It impacts overall health care and increases the burdens on those systems."

Otsuka has not announced the wholesale acquisition cost of Abilify MyCite, which will compete with generic versions of the oral drug, but Carson said pricing information should be available closer to the product's launch in early 2018.

Suchira Ghosh, counsel at the law firm Axinn, Veltrop & Harkrider LLP, does not expect the Abilify MyCite approval to have much impact on generic distributors of the oral drug, because they are already competing against newer formulations of the drug, including the long-lasting injectable Abilify Maintena. She said they are not likely to jump on a generic of the new digital product, because they'd need to have access to relatively inexpensive versions of the sensor, wearable patch and app technologies.

"Generics manufacturers will pursue [digital medicines] if it looks like there's a market for it. If there is no market and insurers aren't going to pay for this type of digital product, they won't," said Ghosh, who has advised generic manufacturers in regulatory and patent litigation matters, including aripiprazole makers. "However, if this is the beginning of a digital pill revolution, which it could be, and generic manufacturers are interested in pursuing that market, there are some unique challenges associated with the sensor component and making sure there are available suppliers. They wouldn't partner with Proteus, since they're working with Otsuka."

But if digital medicines are cost-prohibitive for generics makers, she said Abilify MyCite would be one way for Otsuka to limit competition for its branded medicine.

"I really think it's going to depend on what insurers do and if there's a market for this," Ghosh said. "In the generic space, you have larger and smaller players, so it may just be a couple of manufacturers filing on it, which means they could have a bigger piece of the pie."

The good news, she noted, is that a regulatory pathway is coming into place for generic digital medicines, since the FDA issued draft guidance earlier this year on generic drug-device combinations.