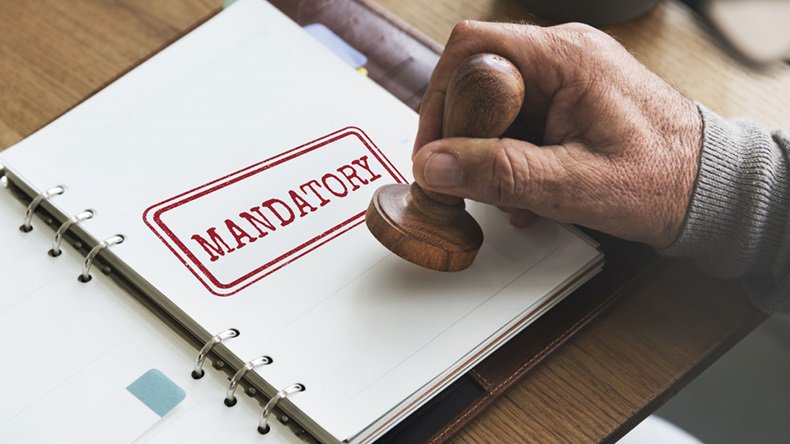 The Trump Administration should immediately expand availability and coverage of opioid overdose and withdrawal treatments like Adapt Pharma Ltd.’s Narcan (naloxone), while working with the pharmaceutical industry to develop new non-opioid pain treatment options, a White House commission recommends in an interim report on the opioid crisis.

The five-member commission, which is chaired by New Jersey Gov. Chris Christie (R), issued the interim report as a series of “immediate steps” President Trump could take via executive order to address the opioid crisis. A final report due this fall will consider longer-term approaches, like a national prevention strategy for opioid addiction.

In general, the interim report strikes themes that support broader access to anti-addiction treatments and the development of new therapies – both to treat addiction and to supplant addictive pain medicines. However, the headline recommendation from the report – a call to declare a formal public health emergency – would also empower HHS to take more direct action on pricing of anti-addiction therapies.

The report employs rhetoric seemingly designed to appeal directly to the President.

“The first and most urgent recommendation of this Commission is direct and completely within your control,” the draft report to the President reads. “Declare a national emergency under either the Public Health Service Act or the Stafford Act.”

The report does not elaborate on the specific implications of an emergency declaration, but instead relies on rhetoric seemingly designed to appeal directly to the President.

“Your declaration would empower your cabinet to take bold steps and would force Congress to focus on funding and empowering the Executive Branch even further to deal with this loss of life. It would also awaken every American to this simple fact: if this scourge has not found you or your family yet, without bold action by everyone, it soon will. You, Mr. President, are the only person who can bring this type of intensity to the emergency and we believe you have the will to do so and to do so immediately.”

That may suggest the emergency declaration as an end in itself, an accomplishment for the Trump Administration to highlight.

But under the Public Health Service Act, an emergency declaration could open up channels to address the price of addiction therapy. The law specifically authorizes opening up the Federal Supply Schedule to state and local purchasers in the event of an emergency, thus potentially granting access to discounted drugs more broadly. It also specifically authorizes adjustment to Medicare Part B payment rates for products needed in an emergency – although that is not likely to be a significant focus in the addiction category.

Whether the Trump Administration will ultimately adopt the recommendations – and to what degree – is unknown. The broader question underlying the work of the commission is whether the report conflicts with White House budget priorities, and the reality that President Trump and the Republican majority in Congress want to spend less on health care overall, not more.

Gov. Roy Cooper of North Carolina, one of two Democrats on the commission, referenced the debate over the future of the Affordable Care Act: “We have to maintain access to affordable and adequate health care that includes substance abuse treatment for all Americans. ... I would like us to work toward making a strong statement in the final report that would emphasize that.”

The report does include several recommendations that would expand access of overdose treatments like methadone, buprenorphine and naltrexone. The Trump Administration should:

Furthermore, “the federal government, as a major purchaser of health care services, has a tremendous opportunity to increase the availability” of medication-assisted treatments, the report says. The commission notes a lack of providers within the Veterans Administration and Indian Health Services that are able to prescribe or administer opioid overdose and addiction drugs, and notes that neither Medicare Part B nor Part D cover methadone treatment. (In these areas, the report makes general statements about a lack of access but does not make a specific recommendation.)

The one-hour conference call mainly comprised of Gov. Christie outlining the recommendations of the commission, followed by generally laudatory remarks by other members and a formal vote to adopt the interim report and send it to the White House. The report was initially slated to be released June 26, but was delayed to allow for additional time to review the more than 8,000 comments submitted by stakeholders. (Also see "White House Opioid Commission: Access To Drug Therapy, Coverage 'Parity' Urged" - Pink Sheet, 22 Jun, 2017.)

The delay also meant that the draft report was released after the collapse of the Senate process to repeal the ACA. That helped avoid the potentially awkward spectacle of the Trump Administration recommending expanded Medicaid services at the same time it was urging enactment of a bill to cut the program. (Also see "Pharma And Health Reform: Staying On The Sidelines Works Out" - Pink Sheet, 31 Jul, 2017.)

The White House commission is part of larger effort within the federal government to combat the opioid crisis. Both HHS and FDA have declared opioids a top priority, and FDA recently convened a two-day public meeting on the agency’s response to the opioid crisis.

Some of the recommendations in the interim report – like the development of non-opioid pain medications and better alignment of state prescription drug monitoring programs – were also discussed at the FDA public meeting. (Also see "Abuse Deterrent Opioids: Which Studies Will Show Real World Effect?" - Pink Sheet, 19 Jul, 2017.)

The inability to mandate prescriber training has been a key issue for FDA in its response to the abuse of opioid pain relievers, and has been cited repeatedly by its outside advisors as a critical flaw in the Risk Evaluation & Mitigation Strategy imposed on manufacturers of long-acting opioids (soon to be expanded to all opioids). Making compliance with the training provisions of the REMS a requirement for DEA licensing has been cited as the optimal solution – but physicians have resisted proposals to enact legislation needed to enforce that policy. (Also see "Opioid Prescriber Training: US FDA Still Debating Mandate; CMS Policies Having Impact Now" - Pink Sheet, 24 May, 2017.)

The report seems to suggest the change could be made administratively: “We urge you to instruct the Department of Justice (DOJ) and the DEA to require continuing medical education for every physician requesting an initial DEA license or the renewal of such a license.”

The report also directs FDA and the Centers for Disease Control & Prevention to coordinate on finalizing and implementing appropriate training standards.

CDC and FDA "should finalize, review and recommend national training standards working with the Accreditation Council for Continuing Medical Education (ACCME) to ensure training courses are coordinated with other federal agencies, professional societies, medical schools, and residency programs to avoid discrepancies,” the report states. “The FDA should also work with the ACCME to develop data analytics to determine whether courses change practices, increase patient referrals to treatment, and methods to improve compliance consistent with opioid prescribing education.”

While the pharmaceutical industry was depicted as a key partner in the fight against opioid addiction, payors were painted in a more negative light.

The commission recommended better enforcement of the Mental Health Parity and Addiction Equity of 2009, which requires that health insurers apply the same treatment and financial limits to mental health and substance use disorder benefits as those for medical and surgical benefits. “Not providing real parity is already illegal,” Gov. Christie said. “The commission urges the President to direct the Secretary of Labor to enforce this law aggressively, and to penalize the violators.”