ADA Meeting's Around The Corner: Five Things To Watch For 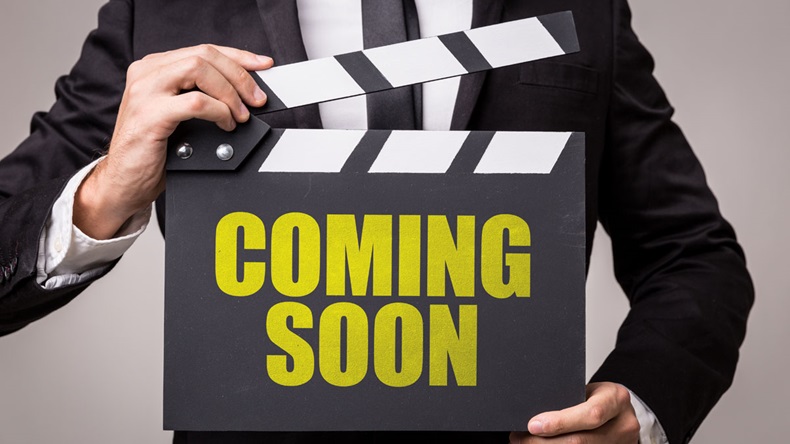 Drawing from a meeting preview report by Pharma Intelligence’s Biomedtracker and Datamonitor Healthcare, Scrip  highlights the presentations below as important to watch at the meeting, to be held June 22-26 in Orlando. Abstracts are embargoed until the meeting.

Novo Nordisk's once-weekly Ozempic (semaglutide) made a big splash in August 2017 by showing superior blood sugar-lowering and weight loss compared with Eli Lilly & Co.'s competing GLP-1 agonist Trulicity  (dulaglutide) in the SUSTAIN-7 study; it went on to get approval in the US at the end of the year, followed by Europe and Japan early in 2018.  (Also see "Novo's Semaglutide Outperforms Lilly's Trulicity In SUSTAIN 7" - Scrip, 16 Aug, 2017.) and (Also see "Novo Nordisk Plans Value-based Contracts For GLP-1 Agonist Ozempic" - Scrip, 6 Dec, 2017.)

On June 23, the ADA meeting will feature full data (Abstract #129-OR) from SUSTAIN-7, along with additional SUSTAIN studies testing Ozempic against other comparators.

"While the SUSTAIN-7 has been published already, the conference presentation is important, as Novo is hoping that Ozempic will help it compete against Trulicity, which has proven to be a strong challenger for its dailyVictoza (liraglutide)," Pharma Intelligence analysts said.

Lilly has responded to the challenge of Ozempic by testing higher doses of Trulicity. Mid-stage trial data looking at two doses – 3 mg and 4.5 mg – will also be presented on June 23 (#126 OR).

"Results were positive enough that the company has started a Phase III trial with those doses. A 3.0 mg dose had been dropped after the drug's Phase IIb/III dose-finding trial, but officials have said they subsequently had a better understanding that tolerability could be significantly improved through titration," the analysts noted.

In addition to Ozempic data, Novo will be presenting data for its oral semaglutide in the pivotal PIONEER 1 study, though just in a late-breaking poster (#2-LB). Novo reported positive top-line data for PIONEER 1 in February, but it left a lot of questions and it's unclear whether the poster will clear them up. (Also see "Novo Nordisk's Oral Semaglutide Succeeds In First Phase III, But Prompts Questions" - Scrip, 22 Feb, 2018.)

For approval and labeling purposes, the US FDA generally prefers clinical trial data from an intent-to-treat population of all comers in a trial, not the number who adhered to treatment. But Novo Nordisk reported only minimal  data for the intent-to-treat population while offering more details for those who adhered to therapy and did not need rescue medication. Furthermore, in the intent-to-treat analysis, the three doses tested showed significant, superior improvement for reducing blood sugar compared to placebo, but only the highest dose provided the added benefit of demonstrating significant and superior weight loss compared with placebo.

In a top-line release on June 20, the company announced positive results for oral semaglutide in the pivotal PIONEER 4 and PIONEER 7 studies, which tested the drug against Victoza. Novo is likely to face questions about the release of full data from these studies during its investor meeting at the ADA meeting on June 24.

Drilling Down Into Huge Datasets

This year, expect deep dives into a range of datasets. "Drug- and class-specific CVOTs will remain a highlight of this year’s conference, with several sessions on how to interpret and apply the results," Pharma Intelligence analysts noted.

In the CANVAS study, Invokana (canagliflozin) showed a modest benefit in terms of the reduction of major adverse cardiovascular events but without the dramatic improvement in cardiovascular death tha tBoehringer Ingelheim GMBH's competing Jardiance (empagliflozin) showed in the EMPA-REG outcomes study. CANVAS also showed an increase in the rate of amputations.

A session on cardio-renal effects of glucose-lowering therapies on the morning of June 26 is looking at heart failure management in the era of the EMPA-REG and CANVAS outcomes programs and "how to put the pieces together," including the incorporation of other new classes.

Heart failure has become an active area of research for the SGLT-2 class.

Sponsors will be highlighting positive renal effects seen in the outcomes studies; for example, additional data from CANVAS include a study about the drug's effect on CV outcomes in patients with chronic kidney disease (#258-OR).

FDA implemented a requirement for post-approval cardiovascular outcomes trials for regulatory approval as a means of ruling out risk, but the studies have also become important for product differentiation, with implications for sales and reimbursement.

A session on June 22 presents a challenge for the field: "Cardiovascular Outcomes Trials (CVOTs) in Diabetes – Shall We Continue or Change Course?"

"This session will weigh whether CVOTs are worth the expense and knowledge gained or if it is time for researchers to refocus and adjust current approaches and ask new questions," Pharma Intelligence analysts noted.

It's not clear what will be discussed at this particular session, but issues that have arisen in other settings include endpoints, statistical analyses and how outcomes trials affect guidelines and reimbursement.

A new draft consensus statement on management of hyperglycemia in type 2 diabetes is expected from the ADA and the European Association for the Study of Diabetes.

The original statement was released in 2012 and was first revised in 2015, and a number of cardiovascular outcomes studies have been released since then.

Analysts noted that while a final version will still need to be worked out, "there will likely be more specific recommendations based on patient characteristics and fewer one-size-fits-all recommendations, addressing comorbidities such as obesity, cardiovascular disease, and chronic kidney disease."

"While the ADA's own current guidelines may already incorporate some of these, it will be interesting to compare the two," the analysts said.

Other insulin research highlights include an analysis of glycemic control and hypoglycemia from Sanofi's BRIGHT randomized study of its Toujeo (insulin glargine) vs. Novo's Tresiba (insulin degludec) in 929 patients with insulin-naïve type 2 diabetes (#301-OR). In a brief top-line release at the end of 2017, Sanofi announced that Toujeo met the primary objective in terms of similarity to insulin degludec, and importantly also showed similarity in secondary safety objectives including low blood sugar events.

"It will be interesting to see how 'similar' glycemic control was, given the 'less or comparable hypoglycemia' with Toujeo, as well as whether there were any other design factors that could have impacted results. The two companies had earlier-stage comparisons in the past, each showing their own drug to have an advantage," Pharma Intelligence analysts noted.

Results from Novo's own head-to-head comparison – a larger study with 1,609 participants – are expected in the fourth quarter.