After Blood Plasma Emergency Use Authorization, Can Takeda Develop A More Potent Alternative? 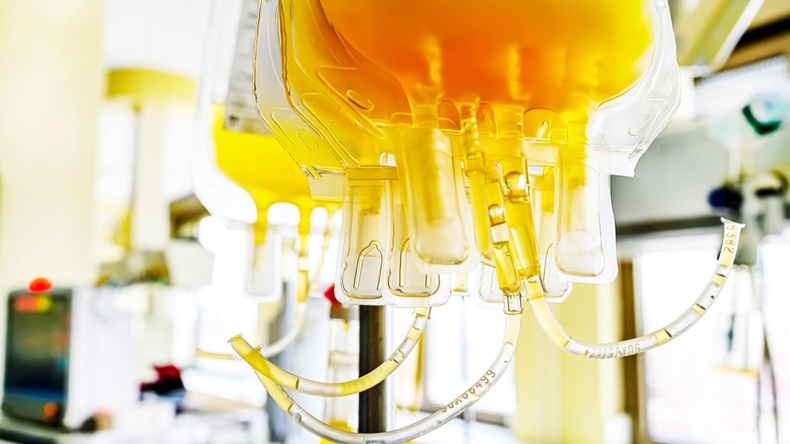 HYPERIMMUNE-GLOBULIN (H-IG) IS A MORE ADVANCED VERSION OF CONVALESCENT PLASMA, WHICH THE ALLIANCE HOPE TO DEMONSTRATE THE BENEFITS OF IN AN NIH-SPONSORED TRIAL.

A group of companies calling itself the “CoVIg-19 Plasma Alliance”, led by Takeda Pharmaceutical Company Limited. and CSL Behring, is poised to start a randomized trial for hyperimmune globulin – a potentially more potent and convenient alternative to convalescent plasma therapy.

The move is significant as convalescent plasma has just been given an Emergency Use Authorization (EUA) by the US Food and Drug Administration to help treat COVID-19 patients, and proclaimed as a “breakthrough” in a press conference on 23 August by President Trump.

This latest EUA is highly controversial – many experts view the evidence base to support convalescent plasma’s use as still too thin to justify widespread use, and believe White House pressure is the main reason for the timing of its authorization.

The EUA was based on an US observational study rather than a randomized controlled trial, an expanded access program led by the Mayo Clinic, and funded by the federal government.

The program has to date seen convalescent plasma administered to around 70,000 patients, and data show that a subgroup of patients who were treated early (within three days of diagnosis) experienced an improved survival rate of 35% – a figure which independent experts query, and without a placebo control arm, the results cannot provide a clear picture.

Convalescent plasma therapy involves filtering plasma from the blood of people recovering from a disease, and then infusing it into newly infected patients to help them fight the virus. The technique been used since the early 20th century, and has seen as potentially useful against COVID-19 infection.

Hyperimmune globulin (H-Ig) is more complicated to produce, but potentially a more effective version of the therapy, where the plasma is refined through a number of steps to produce a higher concentration of antibodies.

It brings a number of other benefits over convalescent plasma, with a more consistent, concentrated preparation of antibodies, a longer shelf life, greater safeguards against live viruses, and it removes the need to match donor and recipient blood types.

The CoVIg-19 Plasma Alliance was launched in May and brings together 10 of the biggest blood product companies, led by Takeda and CSL Behring. The partners are ready to launch a major randomized, placebo-controlled H-Ig trial with the National Institute of Health in the US and in numerous other countries, and are simply awaiting final clearance from the FDA.

The partners hope to be able to produce top line data by the end of the year – possibly still giving time for a potential EUA.

Takeda told Scrip: “We are prepared for the start of the trial. Clinical shipments of CoVIg-19 are underway from Takeda and CSL Behring facilities to the NIH’s depots. NIH is finalizing the study processes and is leveraging its INSIGHT network to select sites with the capability to support rapid patient enrollment.”

Takeda stressed that one of the alliance’s biggest tasks at the moment was communicating the clear difference between convalescent plasma and H-Ig, and that its work was unrelated to the discussions around the EUA.

At the same time, there are also numerous randomized controlled trials currently being conducted on convalescent plasma. One further major challenge for researchers working in the field will be competition that this will create for patients to participate in the studies.

The alliance has been careful to build consensus about the evidence base required, which could pay off in the medium term.

Speaking ahead of the EUA for convalescent plasma, Takeda stressed that the double-blind, placebo-controlled, randomized study would be “adequately powered to show whether the H-Ig treatment is safe and effective against COVID-19.”

The alliance also had discussions in advance with both the FDA and EMA to ensure the trial design met the regulators’ requirements.

Whether or not convalescent plasma or hyperimmune globulin will have a big role to play in treating COVID-19 remains to be seen, however. Antibody cocktails (as preventatives and therapies, being developed by Regeneron Pharmaceuticals, Inc. and others) and the first vaccine candidates are likely to have a greater impact, and could gain EUAs or accelerated approvals by the end of 2020.