Alberta Is Second Canadian Province To Switch To Biosimilars

Alberta has become the second Canadian province to announce a biosimilar switching program, following the example set by British Columbia earlier this year. The move has been welcomed by Biosimilars Canada but criticized by originator-backed body Crohn’s and Colitis Canada. 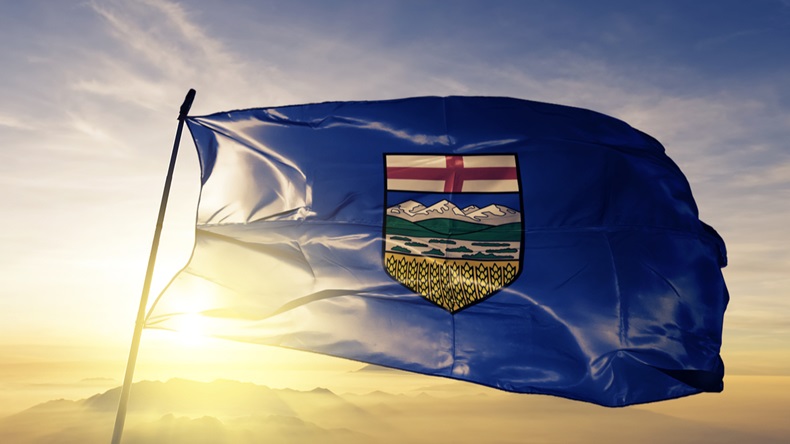 ALBERTA HAS REVEALED DETAILS OF ITS OWN BIOSIMILARS SWITCHING PROGRAM Source: Shutterstock

A switching program that will see adult patients moved on to biosimilar versions of six biologics by 1 July 2020 has been unveiled by the Canadian province of Alberta.

The move follows in the footsteps of British Columbia, which announced its own biosimilar switching program for etanercept, infliximab and insulin glargine earlier this year. (Also see "British Columbia Starts Biosimilar Switching Program" - Generics Bulletin, 29 May, 2019.)

“Switching to biosimilars will save between CAD227m ($173m) and CAD380m over the next four years once fully implemented,” Alberta’s government said. “These savings can be invested into other healthcare services for Albertans.”

The program covers etanercept, infliximab, insulin glargine, filgrastim, pegfilgrastim and glatiramer – with Alberta acknowledging that the latter was a “non-biologic complex drug.”

“Alberta’s biosimilar initiative will expand the use of biosimilars by replacing the use of biologic drugs with their biosimilar versions whenever possible,” the province’s government stated as it announced the program. “This means patients will continue receiving the same safe and effective treatment, but at a lower cost.”

All adult patients – except for pregnant women – currently taking one of the originator biologics listed must switch to the equivalent biosimilar by 1 July 2020.

“Under Alberta’s government-sponsored drug plan,” the province’s government said, “biologic drugs cost more than CAD238 million in the 2018-19 fiscal year and are going up [by] an average 16.2% per year.”

“The originator biologic drugs Remicade, Humira and Enbrel are three of the top four drivers of drug spending in Alberta,” it added.

The move, which has been rumored for some time, was welcomed by local industry association Biosimilars Canada, which “congratulated the government of Alberta for becoming the second province in Canada to implement a biosimilar ‘switching’ or transitioning program.”

Other Provinces Must Follow Suit
“Biosimilars are therapeutically equivalent to originator biologic drugs and are becoming an increasingly important part of patient care across Canada as public and private drug plans implement policies to expand their use,” Biosimilars Canada highlighted.

“Patients with chronic diseases typically use a biologic medicine for many years, and biosimilars cannot fully contribute to healthcare sustainability unless these patients are switched or transitioned to biosimilar medicines.”

Noting that Alberta’s announcement came six months after British Columbia became the first province in Canada to require eligible patients to switch from an originator biologic to a biosimilar, Biosimilars Canada observed that “insurers such as Pacific Blue Cross and Green Shield Canada also encourage the switch to biosimilars.”

“Switching to biosimilar treatments is the responsible choice for drug programs,” Keon maintained, “and it is time for other provinces to bring the benefits of biosimilar switching programs to their patients, health care providers and taxpayers.”

Biosimilars Canada also pointed to a recent update from Health Canada in which the agency clarified its position on biosimilar switching, stating that “patients and healthcare providers can have confidence that biosimilars are effective and safe for each of their authorized indications, and that no differences are expected in efficacy and safety following a change in routine use between a biosimilar and its reference biologic drug in an authorized indication.” (Also see "Health Canada Clarifies Position On Biosimilar Switching" - Generics Bulletin, 2 Sep, 2019.)

“Biosimilars Canada looks forward to working with the government of Alberta to ensure the successful implementation of its biosimilars initiative,” the association concluded.

Exemptions May Be Requested
As it announced the program, the Alberta government assured patients that they could contact healthcare professionals to discuss switching. This would allow patients to get answers to questions about switching from an originator biologic drug to a biosimilar – including on how the process works and the biosimilar options available – as well as getting a new prescription and enrolment on a new patient support program, if needed.

“If you are unable to switch to the biosimilar version for medical reasons, your health care professional can help determine whether to request exceptional coverage of the originator biologic,” it added.

“Patients and healthcare professionals can have confidence that biosimilars are effective and safe for each of their authorized indications,” reassured the Alberta government. “Numerous research studies collectively show little to no difference in safety and efficacy when patients switch to a biosimilar.”

Pushback From Originator-Backed Body
However, the Alberta initiative has not been universally welcomed.

Charity Crohn’s and Colitis Canada – which lists AbbVie, Janssen, Merck and Pfizer among its “supporters” and which was vocal in its pushback against the British Columbia switching scheme  (Also see "Canadian Paper Pushes Back On Biosimilar Switching" - Generics Bulletin, 31 Oct, 2019.) – said it was “extremely disappointed” in Alberta Health Minister Tyler Shandro “and his very short-sighted and potentially harmful policy” that the charity said “risks the health of people with inflammatory bowel disease.”

“We are at a loss,” said Crohn’s and Colitis Canada’s president and CEO, Mina Mawani. “We provided the Alberta government with an evidence-based counter-argument against a non-medical switch for patients with IBD, fully supported by Canadian gastroenterologists and yet they still went ahead – putting people’s health at risk and putting cost back into the system through avoidable surgeries, increased hospitalizations and lost productivity.”

Remicade is the only drug of the six listed by Alberta to be indicated for Crohn’s disease and ulcerative colitis. “The manufacturer of the biologic drug in question has publicly stated they will match the biosimilar price,” Mawani claimed. “No money will be saved – just cold policy affecting real people in Alberta.”

Mawani insisted that Shandro had “dismissed the evidence review by esteemed gastroenterologists and scientists in Canada in order to plow blindly ahead.”

Referring to the Alberta initiative as a “non-medical switch policy”, Crohn’s and Colitis Canada said the scheme “also includes a restrictive tiering component” that “forces patients onto intravenous therapy, meaning at least six to 10 days per year where they must seek treatment at an infusion centre.”

“Taking away the option of a subcutaneous IBD therapy is a hard hit for young people in the workforce and those in remote areas of the province. This is a huge quality of life issue for people living with IBD in Alberta,” Mawani said.