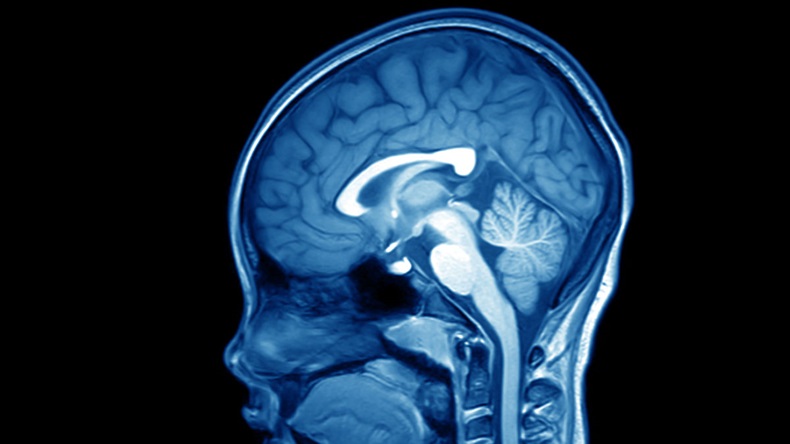 Alkermes PLC's major depressive disorder (MDD) drug ALKS 5461 will need to clear a series of hurdles to win the backing of the US FDA's Psychopharmacologic Drugs Advisory Committee and Drug Safety and Risk Management Advisory Committee at a Nov. 1 meeting, though it appears none will be higher than that for the product's efficacy.

Specifically designed as an adjunct to established antidepressant pharmacotherapy in the treatment of MDD, ALKS 5461 features a combination of buprenorphine, an opioid, and samidorphan, a μ-opioid receptor antagonist and a new molecular entity (NME), in the form of a sublingual tablet.

The drug notably made headlines earlier this year after FDA initially refused to file the drug but later reversed its own decision. Alkermes CEO Richard Pops explained that the two issues raised in the refuse-to-file letter were insufficient evidence of overall effectiveness and inadequate bridging data between ALKS 5461 and the reference drug buprenorphine. (Also see "Refusal Reversal: Alkermes Review Back On Track, But Could Still Be Bumpy" - Pink Sheet, 16 Apr, 2018.)

In briefing documents released Oct. 30 in advance of the meeting, FDA says that there were factual errors in the RTF that were clarified by Alkermes, which prompted the agency to accept the application and consider the issues during the review cycle.

ALKS 5461 is currently undergoing a standard review with a user fee goal date of Jan. 31, 2019. If approved, it would be the first opioid-containing product to carry an indication for MDD. FDA notes that there is no previous regulatory experience with opioids in the treatment of any form of depression.

A bulk of the agency's briefing documents details the company's efficacy data, which included results from four randomized, double-blind placebo-controlled trials. One of the trials was Phase II (202) and three were Phase III (205, 206 and 207).

The development program was notable in that most of the studies featured a sequential parallel comparison design (SPCD) designed to minimize the high placebo response often seen in studies of depression drugs.

The design features two different stages, the first of which involves randomizing patients who meet the study entrance criteria into the drug and placebo arms, although more far more patients are randomized into the placebo group. In the second stage, non-responders from the placebo group in the first stage are re-randomized into the drug and placebo arms. The results from both stages are then merged to provide a single overall test of a hypothesis.

Clinical and statistical circles within the Center for Drug Evaluation and Research (CDER) have discussed SPCD for several years, FDA explains, but it is the first time studies with such a design have been submitted to the Division of Psychiatry Products as efficacy evidence for a new drug.

The agency is asking its advisory committees for input on the design and interpreting the results, noting that, "There are a number of unresolved statistical questions regarding the most appropriate method for analyzing the results of an SPCD study."

And while antidepressant studies therapies usually assess an efficacy endpoint at a specific time point after several weeks of treatment, Alkermes instead averaged the values from each patient over several weeks.

"Although the Division did not prospectively agree with the Applicant on this approach, it seems worthy of consideration," FDA says. "Averaging scores from multiple weeks can decrease the variability in mood disorder symptoms that tend to fluctuate over time; the trade-off is that scores at the final time point carry less weight, i.e., loss of efficacy at end-of-treatment is less important in the analysis."

Although it wants advice from its external experts on interpreting the efficacy data, FDA is going into the meeting with a series of concerns about the results.

Alkermes contends in its briefing documents that Study 202 had a statistically significant p-value and that it was "designed and conducted with the same rigor as a pivotal trial…" The primary endpoint was the mean change from baseline to week 4 in the 17-item Hamilton Depression Rating Scale (HAM-D17).

But while the Division of Psychiatry Products admits that there was a nominally statistically significant treatment effect in the tablet containing 2 mg of buprenorphine and 2 mg of samidorphan (BUP/SAM 2/2), it notes that the sponsor agreed that it would be a proof-of-concept study rather than proof-of-efficacy.

In addition, the BUP/SAM 8/8-mg dose group demonstrated results that "were numerically similar to placebo," the division explains, "which casts doubt on the nominally positive findings for the 2/2-mg dose group." The briefing documents further note that the study lacked a prospective plan to control the Type-I error rate, and therefore cannot be viewed as an adequate, well-controlled trial.

A statistical reviewer in the Office of Biometrics I chided Alkermes' use of a post-hoc Bonferroni procedure to adjust for multiple testing, writing the "attempt could be construed as 'significant p-value' fishing expedition."

Alkermes also contended that Study 207 was a positive study supporting the efficacy of ALKS 5461. BUP/SAM 2/2 met the primary endpoint of an average of several timepoints using the 10-item Montgomery-Asberg Depression Rating Scale (MADRS-10AVG), although it did not demonstrate statistical significance on MADRS-10 at the end of treatment (MADRS-10EOT).

The Division of Psychiatry Products nevertheless raises concerns with the MADRS-10AVG endpoint, writing that it "disagreed with the Applicant’s planned strategy to average the MADRS results over several weeks, and recommended use of the MADRS-10EOT, as used in other antidepressant studies and as previously agreed."

The statistical reviewer noted that BUP/SAM 2/2 in Study 207 "seems to have a statistically significantly larger treatment effect relative to placebo on averaged MADRS-10 total score over several visits, when data from both stages are combined," but also conceded that the acceptability and interpretability of the endpoint "remains a clinical call."

In Study 207, the drug additionally met the primary endpoint of MADRS-6AVG, which omits four of the traditional 10 items on the scale. But FDA notes it does not accept the six-item scale as an endpoint.

Both Alkermes and the Division of Psychiatry Products agree that Study 206 was a negative trial, as the drug failed to demonstrate statistical significance on the primary efficacy endpoint of change in MADRS-10 score from randomization at baseline to the end of the six-week efficacy period.

Study 206 notably did not feature SPCD. It instead used a placebo lead-in period, where patients with more severe symptoms received four weeks of placebo before the placebo non-responders were randomized to the drug or remained on placebo for six weeks.

The two sides took different interpretations of Study 205. Although Alkermes acknowledged it did not show statistical significance on MADRS-10 at week 5, the drugmaker contends that "improvement in depressive symptoms on [ALKS 5461] was nominally significantly better than placebo on MADRS-10EOT … based on a post hoc analysis."

"As designed, Study 205 only demonstrates a lack of a significant treatment effect at 5 weeks," according to the briefing documents. "The Agency views this as a negative study that is not capable of providing supportive evidence of effectiveness."

But despite the mixed efficacy results, Pops told to the Pink Sheet in an interview before the briefing documents were released that "all depression drugs have mixed results."

A second challenge Alkermes will likely face at the advisory committee meeting is the interpretation of the drug's safety.

The company and FDA agreed on a pooled safety analysis to characterize the adverse event profile. But because of the unique design of the trials, it becomes more challenging to analyze the data and present them in the label, the agency explains.

The Presence Of An Opioid

Finally, there is also the matter of buprenorphine being an opioid, which adds another layer of intrigue to the meeting.

Alkermes is proposing a risk evaluation and mitigation strategy (REMS) that includes prescriber education through letters, the prescribing information, a healthcare provider brochure, an appropriate use checklist and a Medication Guide for patients.

A memo from FDA's controlled substances staff states that ALKS 5461 appears to have an abuse potential "less than that of buprenorphine alone," and that samidorphan has "negligible" abuse potential.

Pops said that the drug is "considered safer than a full-strength opioid" with the inclusion of samidorphan, which "directly knocks out the receptors we know are associated with respiratory depression and addiction."

But the Division of Psychiatry Products nevertheless takes issue with Alkermes' characterization of the relationship between the two active ingredients.

"Although the Applicant has made several arguments that the other component of their drug, samidorphan, negates the µ-opioid properties of buprenorphine, this has not been conclusively proven," the agency states. "Although we agree with the Applicant that there are fewer opioid properties for this combination product than there likely would have been from the opioid alone, there remains some evidence of a mild opiate effect (including mild withdrawal effects) from the trials."

The division adds that it is concerned that ALKS 5461 "carries the same risks of accidental overdose, misuse, and abuse seen with other opioid products."