Amarin's Vascepa Momentum Builds Ahead Of Next Week's FDA AdComm 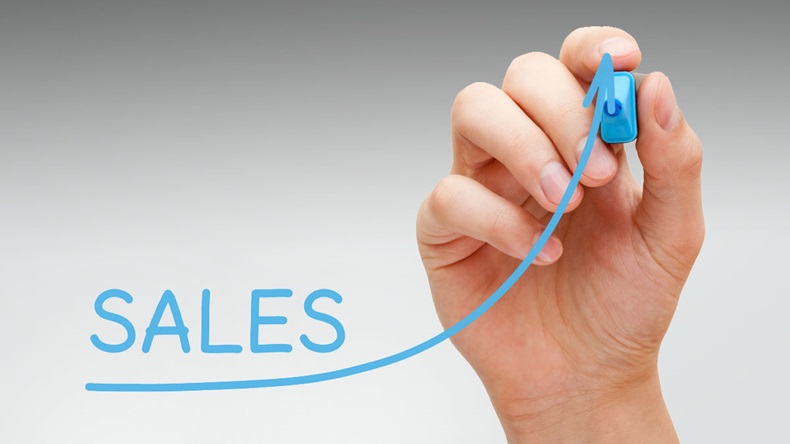 A pivotal FDA advisory committee meeting for Vascepa is scheduled for 14 November to discuss a supplemental new drug application (sNDA) for the omega-3 therapy that would include a cardiovascular risk reduction claim and expand its use to a significantly larger patient population. A positive panel review – and a subsequent FDA approval of the sNDA – will be critical to Amarin's ambitions to turn Vascepa into a mega-blockbuster. The FDA action date for the application is 28 December.

Third quarter product revenue growth was due almost entirely to new and recurring prescriptions of Vascepa, rather than price, chief financial officer Michael Kalb told investors during the company's third quarter conference call on 5 November. The estimated number of normalized Vascepa prescriptions for the three months were 865,000 and 787,000, based on Symphony Health and IQVIA data, respectively, compared to 458,000 and 417,000 in the year-ago period, he said.

"This estimate reflects increases of 89% in the third quarter of 2019 over the same period of 2018," he reported. The fastest percentage growth came from cardiologists and endocrinologists, while the largest overall volume growth came from general practitioners, according to Amarin.

Prescription growth is coming even as the company awaits an official FDA approval for a much higher number of patients based on the positive results of the REDUCE-IT cardiovascular outcomes trial, announced last year. (Also see "'That's Huge, Folks': Amarin's Vascepa Cuts CV Risk By 25% On Top Of Statins" - Scrip, 24 Sep, 2018.) Several medical associations have since endorsed Vascepa for the treatment of dyslipidemia, including the American Diabetes Association and the European Society of Cardiology, which also has been helping to drive uptake. (Also see "Vascepa Included In European Dyslipidemia Guidelines Ahead Of Approval" - Scrip, 3 Sep, 2019.)

News that the FDA would convene its Endocrinologic and Metabolic Drugs Advisory Committee to review the labeling expansion has added to investor nervousness about the potential for a broader label. In an interview with Scrip in October, CEO John Thero talked about his positive outlook heading into the meeting and how the company is building out its commercial team ahead of the sNDA approval.
(Also see "Amarin CEO Thero On Gearing Up For Success Ahead Of The Big Vascepa Ad Comm" - Scrip, 3 Oct, 2019.)

The company plans to double the size of its sales force from 400 reps to 800, ahead of a big commercial push in 2020. The company hopes to have the sales force operational ahead of the launch at the end of December.

Prepping For The Big Day
Thero provided more details to investors about the company's preparation for next week's advisory committee meeting during the company's quarterly conference call. The FDA briefing documents are expected to be released to the public on 12 November.

However, among the key topics Amarin said it expects will be discussed is the efficacy benefit in different subgroups of patients, including the cardiovascular disease secondary prevention cohort, which represented approximately 70% of enrolled patients in REDUCE-IT, and the mostly diabetic primary prevention cohort, about 30% of enrolled patients.

Amarin said it has convened a series of mock advisory committees led by physicians and statisticians to challenge the company's leadership on the data.

The result of those sessions has reinforced Amarin's confidence Thero said, although there has been some discrepancy on the part of the invited panelists about how broad the labeling should be.

"While opinions have varied regarding the level of such details, the overall perspective of these mock AdComms has been that there is a meaningful cardiovascular risk-reduction indication, which is applicable for Vascepa," he said.

Jefferies analyst Michael Yee was optimistic about a positive advisory committee outcome in a same-day research note. "We think this AdComm is more about discussing populations best served for Vascepa – not whether this is actually getting approved," he said. "Adding to this increasing positive outlook on approval, scripts/revenue continue to grow, with q/q growth for Q3 19 around 12%-13% and estimated at least 10%-12% growth for Q4 19.

Trading of Amarin's stock will be halted ahead of the advisory committee, he said, until the outcome is finalized and communicated by the company to investors.

"Please do not read anything positive or negative into such a trading halt other than our desire to ensure a level playing field," Thero said.

Amarin also is focused on expanding Vascepa internationally. The company is on track to file a marketing authorization application in Europe for the larger cardiovascular risk-reduction claim by the end of the year. The drug is under review in Canada.

Amarin has a strong cash position as it prepares for a broader commercial launch. The company had $677.1m in cash and equivalents as of 30 September, the firm reported, including $460m it raised during the third quarter in a July 29 public offering. (Also see "Finance Watch: Amarin Raises Cash To Boost Vascepa Marketing Under Soon-To-Be Expanded Label" - Scrip, 31 Jul, 2019.)