John Thero insists company is focused on approval and launch, as interest in European rights grow. 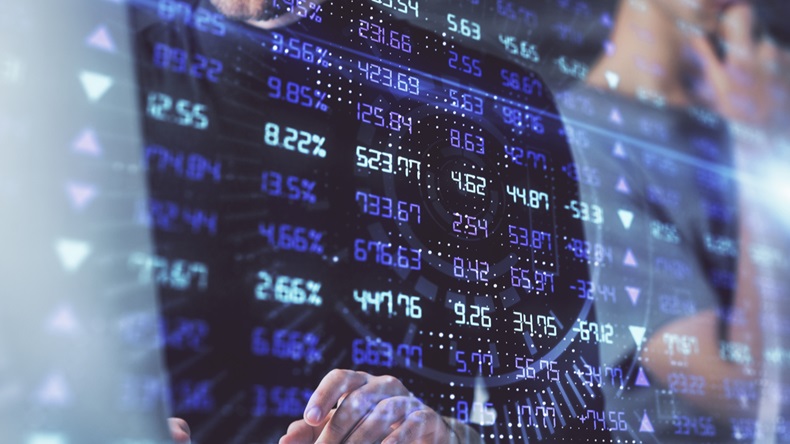 TAKEOVER CHATTER HAS INCREASED SINCE NOVARTIS POUNCED FOR THE MEDICINES COMPANY

Unveiled on 24 November, the deal has set the rumor mill whirring on who might be next on big pharma’s M&A wish list, and has lifted the share prices of several likely targets.

Chief among these is New Jersey-headquartered Amarin Corporation, which looks to be just days away from securing a US label expansion of its Omega-3 fish oil based cardiovascular treatment Vascepa (icosapent ethyl).

Excitement has been building around Vascepa since Amarin unveiled some remarkable results a year ago from its REDUCE-IT cardiovascular outcomes trial.

This showed the twice-daily pill produced a 25% relative risk reduction in cardiovascular events in patients already taking statins and with established cardiovascular (CV) disease, diabetes or other CV risk factors.

The US Food and Drug Administration is due to announce its decision by 28 December or earlier following a unanimous recommendation from an FDA committee earlier this month.

Amarin will be hoping to negotiate a label which allows as broad an interpretation of its use as possible, which would involve use in primary and secondary prevention of a cardiovascular event.

If the company can secure this label, and execute well on its salesforce expansion and planned US direct-to-consumer advertising, analysts think the drug could hit $4bn in peak annual revenues.

This has made Amarin one of the most talked about potential targets for big pharma M&A this year, with Gilead Sciences Inc. and Pfizer Inc. the most frequently mentioned likely suitors. That is because Gilead is still in need of more M&A to help it replace its hepatitis C portfolio decline, and the company also recently added Vascepa to one of its NASH trials.

Meanwhile Pfizer is an even more obvious acquirer, having billions of dollars in its M&A war chest and a history in cardiovascular medicine with Lipitor (which remains a $1bn+ annual revenue blockbuster, even in a post-patent life).

Amarin CEO On Takeover Talk
John Thero spoke to Scrip last week at the Jefferies conference in London, just as rumors of Novartis finalising a bid for The Medicines Company were circulating.

Thero was upbeat about Amarin’s trajectory, but naturally insisted that securing the new label and then executing on its US marketing expansion was his sole focus. 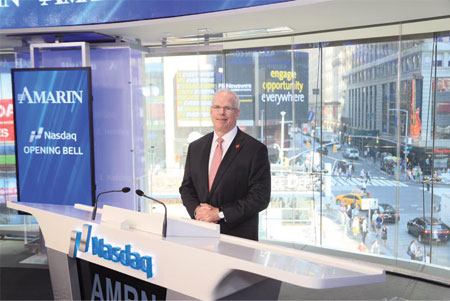 Addressing takeover talk, he said: “The steps that we need to be taking as a management team are the same as to whether we're a standalone company or someday bought by somebody, which is to create value.”

He added: “Companies large and small get bought; I think the companies that end up looking for it are not necessarily the strongest. The best companies get bought, they don't get sold. So our focus is on creation of value.”

Amarin’s market capitalisation currently stands at $7.4bn, which could attract takeover bids of around $10.4bn if it were to require the 41% premium Novartis paid for The Medicines Company.

As many commentators have observed, The Medicines Company is some way behind Amarin in proving the value of its product’s impact on cardiovascular outcomes.

It expects to file inclisiran with the US Food and Drug Administration before the end of 2019, but its ongoing ORION-4 trial is not due to produce cardiovascular outcomes data until December 2024. This could make Novartis’s goal of outperforming the lackluster Repatha and Praluent more difficult, even given its more convenient twice-yearly dosing.

Potential European Partners
Meanwhile Amarin’s Thero says his company has had “lots of enquiries” from companies interested in becoming its marketing partners in Europe.

Vascepa is due to be filed with the European Medicines Agency in early 2020, but is not likely to gain final approval until the end of next year.

“It's still bit early for us to be defining the commercial strategy in Europe or in particular partnering in Europe,” commented Thero.

“We think that having a submission and advancing through the regulatory process will strengthen our hands relative to potential economic terms in a potential partnership. So, we're not yet at a point where we've kicked that off.”

Amarin has endured very changeable fortunes since it was established in 1993, having faced skepticism about the therapeutic value of enhanced omega-3 products for years, especially after the failure of similar products such as GSK and Pronova’s Lovaza.

The company is also facing challengers to its patent, such as Dr Reddy’s, though analysts generally agree that the company has robust intellectual property which should keep out US generics until 2029.