Emerging Company Profile: With a new partner in Eli Lilly, Anima Biotech and its disruptive technology that controls protein translation is starting to make waves as it urges the industry to see the light. 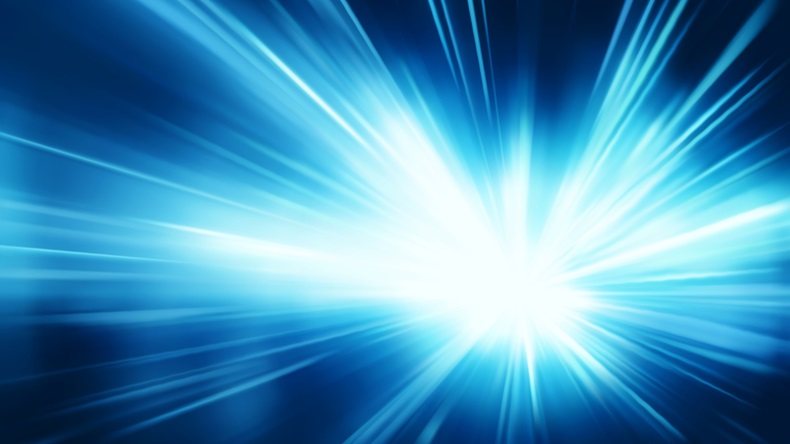 Anima Biotech Inc. is a pioneer of translation control therapeutics, a new class of drugs that control protein translation. It is led by Yochi Slonim, a software and technology entrepreneur by background and a convert to the excitement of the biotech business.

When Slonim was introduced to the idea of translation control therapeutics 12 years ago, he had just sold his third software company and was looking for ways to reinvest into start-ups that were looking at big problems, not just solving issues for banks or insurance companies. He was introduced to biotech by Zeev Smilansky, his co-founder in the company, by an idea for creating drugs for undruggable diseases and was so fascinated by the idea that he became the seed investor in the company.

Smilansky’s big idea was to cause ribosomes to broadcast light pulses as they assemble the protein. Light pulses from within the ribosomes that will show in pictures, or even videos, when, where and how much of any target protein they are making. “That was a fascinating idea, the light coming out of the ribosomes, and I was imagining images that would look like the Milky Way on a cloudy night, you can look and see in clouds of light how the ribosomes are producing the proteins,” Slonim told Scrip.

When the ribosomes produce the protein, the process shows as glowing light . A screening system is then put in place whereby Anima tries out hundreds of thousands of molecules, inserted into the cells to see if these have any effect on the light. If a certain molecule increases or decreases the light, this is controlling the production of that protein.

The molecules do not bind to the protein, however, but they find a way to control the protein’s production indirectly by targeting the regulatory mechanisms around mRNA translation. It is not just about the amount of light, it is also about the location of light. For example, in neuroscience, there is a huge importance attached to where the proteins are made.

Anima initially collaborated with the biochemistry lab at the University of Pennsylvania, because they had certain technologies that were relevant to that challenge. Anima built a completely automated screening system around that core technology, which shows the translation of the proteins through light coming out of the ribosomes. For each 100,000 compounds, about 50 million images are generated and each image gives 70 different parameters that are sampled out of the image. “This gives you billions and billions of data points that, through machine learning and artificial intelligence technologies and image processing analysis, we are basically coming up with the images that show you the active compounds; the hits, the ones that control the light,” explained Slonim.

Anima’s technology is capable of visualizing and monitoring the production of any protein in living cells, in real time, and to identify and discover compounds that control the production in a specific way. Specificity is important here, Slonim said, because to harness this technology it is imperative to know if you can control one protein or all the proteins in the cell. "You want compounds that do not have many side effects and our technology can tell us what other proteins’ production is impacted by a given compound," he explained.

There are important differences between Anima’s strategy and protein degradation companies such as Arvinas Inc. or interfering RNA (iRNA) companies like Alnylam Pharmaceuticals Inc., added Slonim. “Instead of trying to knock down the mRNA as a target, or degrade proteins, we have a way to control the production by ribosomes of proteins from that mRNA, the translation of the mRNA into a protein. And with small molecules. It’s like finding the master switches and the detailed specific switches of the production machinery and basically targeting them with small molecules. Nobody has ever done that before.”

Slonim said that this strategy is applicable to 85% of known proteins. “It’s bigger than small interfering RNA (siRNA). If you take an Alnylam and Moderna Therapeutics LLC together, it’s the breadth of what we can do, but we can do this in small molecules. Think about the opportunity in that.”

In July, Anima Biotech and Eli Lilly & Co. inked an exclusive deal for the discovery and development of translation inhibitors for several target proteins by using Anima’s Translation Control Therapeutics platform. The multi-year agreement is structured around several undisclosed Lilly targets. Anima will use its technology platform to discover lead candidates that are translation inhibitors of the targets. Lilly will be responsible for clinical development and commercialization of products resulting from the collaboration.

Anima will receive $30m in upfront payments and $14m in research funding. The biotech is also eligible to receive up to $1bn if all future development and commercial milestones are achieved. Anima will additionally be entitled to low- to mid-single digit tiered royalties on sales of any Lilly products resulting from the collaboration.

“Lilly could be the first, and maybe the only one, with drugs against those targets,” according to Slonim. He noted that the company will use the capital to fund its own pipeline and continue its partnership strategy. Slonim wants to partner with additional pharma partners because he is very realistic about how many targets Anima could work on by itself, saying that its “less than 1%” of what the industry could do with this new technology. “We are going to run as fast as we can on both fronts, grow our own pipeline and form more partnerships."

The second program is for respiratory syncytial virus (RSV), for which Anima has, again, a different approach. “We don’t go after the virus, we go after the translation of the viral proteins by the ribosomes of our own cells, of the host cells. It’s a different idea,” said Slonim. “We already have molecules that are translation inhibitors of the RSV and they were proven to reduce the viral loads in the cells, so they are effective. But we are now thinking that maybe we’ve uncovered the general mechanism by which viruses are basically controlling the ribosomes, hijacking them to produce their own proteins, and this is a mechanism that is shared by many viruses. Anima is now in the process of testing those compounds against a panel of many viruses. "If that proves to be the case, then maybe we’ve discovered that the ultimate antiviral drug," he said.

The third program is in oncology, using its technology to see how the protein c-myc is over-expressed and to control that production. Neuroscience is an important therapy area within the pipeline, specifically Huntington’s disease.

Slonim is considering out-licensing these assets because it is easy to “come up with new ones.” There are currently “a couple” of discussions around this topic, and this is how Slonim sees the pipeline being fueled in the future. Because of the speed at which Anima can use its platform to create assets, it can strategize its pipeline to what is the biggest need in the industry.

Anima can expand its pipeline very quickly because its screening technology does not require it to develop anything against the chemistry of a target protein, meaning it can collaborate easily. Once the company settles on a given target, it takes just six months to have validated molecules in cellular models of the disease that are controlling the translation of that protein.

“The thing that is so difficult for the industry is that everybody is looking at the protein and if the protein is a hard target, it means that you are starting an extremely long and difficult process of building or discovering a molecule that will bind to the target,” Slonim said. “That’s like a fortress that you are mounting the forces against it. And we don’t have to develop anything against the protein itself, we just look for those modulators of the light that is generated by our proprietary biology and analyzed with our software. It is a different concept altogether.”

This concept means that Anima can target many proteins and the investment in a single discovery project is “dramatically lower” than the industry is used to. Slonim says that cost and efficiency is not the crux of the matter there, but the ability to find drugs that nobody else can, to find drugs that work differently by controlling the production of protein, instead of binding to protein. And Anima, he said, can also do this “very fast” against its partners' targets.

“Disruptive at multiple levels” is how Slonim described both the idea and technology behind Anima. “It’s an idea that is very powerful and conceptually very simple. Why go after the proteins after they are made, when they are so different from each other?” he asked. “Instead of that, let’s go one step before they are formed, go in and understand how they are made and let’s find the mechanisms to control that. If that works, then it’s the answer to hundreds or thousands of diseases.  That’s huge, that’s the opportunity. This is not only about knocking them down, it’s about either decreasing or increasing proteins that are missing. It’s like the Holy Grail; this is everything in one place.”

There is no venture capital involved in funding Anima, but the company has raised over $30m in private investment from people Slonim knew from his previous companies. Even before the Lilly deal, Slonim says that Anima was capable of running for a “couple of years” on its own.

Anima is in a unique position, as a new company with a mature, tried and tested technology. It has been working with 17 scientific partners and has published 14 peer-reviewed articles. It has five patents covering the platform and two additional patents are pending.

Slonim believes it will be at least three or four years of no competition because of the high barriers to entry, namely the combination of novel biology with proprietary software and overall, the multi-disciplinary nature of the company which combines biology, chemistry, bioinformatics, image processing, big data algorithms, machine learning, artificial intelligence and cloud technologies. Its technology is protected by “very strong” patents. If another company has the same idea, “they will have to figure out a different way” to proceed, he said.