Art Of War: Why Pharma Must Do Digital Dance In China 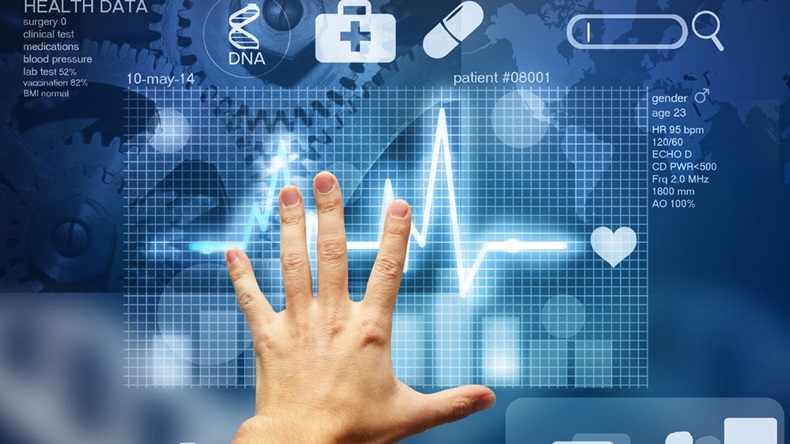 PHARMA MUST DO DIGITAL DANCE IN CHINA

Already a global front-runner in e-commerce and mobile technology, China is embarking on a new journey to prep its health sector for a digital transformation.

While there is no lack of digital innovation among pharma companies, what’s happening now in the country may represent a new health trend that has not been seen before, some observers say.

Pharma need look no further for ideas than the success of the Starbucks coffee chain, they say. Being the lone US company to have grown rapidly in China, with 3,000 shops by the end of 2017 and 5,000 in five years, it has now taken a bold move to partner with Alibaba and "go digital", for instance allowing coffee drinkers to order on their phones and get delivery to their doors.

The go digital trend is also being driven by fierce competition. Elsewhere in the coffee sector, China's own Luckin Coffee has been aggressively expanding and taking market share, one of its success factors being that it allows consumers to pre-order on their phones and offers a delivery service.

The driving forces for adopting a digital strategy in the pharma sector are more multi-faceted, and as more patients in China receive health information via online tools, the demand for timely access and provision, and a rapid response to needs, have reached an all-time high.

Although pharma has been known for being a latecomer to digital technology, drug makers have recently made swift moves to embrace the digital health transformation in China, with a key focus on drug safety, direct-to patient pharmacy, and artificial intelligence (AI).

Following on the heels of AstraZeneca PLC, Sanofi and GlaxoSmithKline PLC, Merck KGAA is the latest to jump on the bandwagon. The private German group in June announced a partnership with Alibaba’s AliHealth to stimulate its growth in a market that has now largely switched from a cash-based to a cashless society in just a few years.

“The partnership is a must as the time advances,” commented AliHealth CEO Difan Shen in a statement; Alibaba is one of China's three internet giants along with Baidu and Tencent, known collectively BAT.

Others to have recently entered the digital health sector include the Shanghai-based startup Brii, which has entered a digital and data insight partnership with AliHealth.  (Also see "Brii Bio: Partnering To Bring Innovation To China " - Scrip, 3 Jul, 2018.)

Recent data show that as the China pharma sector is rapidly changing to a digital era, many functions are now moving from offline to online, or a combination of offline and online (O2O).

Additionally, the government has vowed to roll out "internet+" health as part of its Health China 2030 Plan, with a goal of improving diagnosis and treatment. The strategy calls for combining disease treatment with management, elevating preventative care along with healthcare, and increasing access to new therapies and affordable drugs.

Digital health is expected to play a major role in the internet+ era to increase patient access to treatment of cancer, chronic and rare diseases.  (Also see "Pharma-BAT Digital Health Tango In China: Will It Pay Off?" - Scrip, 28 Dec, 2017.)

Another driver of the shift, particularly in the quality and traceability areas, is the recent high-profile vaccine quality scandal that has rocked China, awakening fears that drug safety remains a challenge even after multiple similar problems in the past.

At the center of the latest affair was Changchun Changsheng Bio, which was found to have faked manufacturing records and back-dated production dates for 400,000 doses of rabies and DTP vaccines. The sheer scale of the wrongdoing alarmed the government sufficiently to impose unusual measures and harsh penalties to show its zero tolerance.  (Also see "A Shocking Shot: China's Latest Vaccine Forgery More Problematic Than Ever" - Pink Sheet, 26 Jul, 2018.)

Nearly 40 officials were punished including China’s top drug regulator, who was sacked, while to prevent a recurrence, the China National Drug Administration (CNDA) is stepping up real-time monitoring and traceability management.

On August 24, for instance, the CNDA issued a draft Drug Information Traceability System Setup for public comment. The draft requires market authorization holders (MAHs) to establish their own - or to use a third-party unified product traceability system - by 2022.

The goal is to make information from manufacturing to distribution more accessible and traceable across the supply chain, to aid in the prevention of counterfeits and ensure the timely recall of any products with suspected quality violations.

The push is likely to accelerate the roll-out of unique code-based drug and vaccine production and distribution monitoring and oversight, analysts say.

Not only is the need increasing for pharmas to invest in partnerships with internet giants on digital information provision and digital detailing, but the push to apply AI in disease management is also accelerating.

The government has prioritized disease management, along with preventative care, as important tasks for the national healthcare reforms planned in the second half of 2018.

Heeding the call, Tencent in one example recently started a pilot program using AI to help in the  diagnosis of Parkinson’s disease. AI-aided technology allows the use of a camera on a regular smartphone to capture movement as a way of sufficiently monitoring disease progress, allowing a physician to complete a diagnosis in three minutes, just a tenth of the time now normally needed.

Already, Tencent and Alibaba are also using remote X-ray interpretation to help physicians to diagnose diseases. The beauty of AI is its potential to relieve physicians from the burden of repetitive tasks, to allow them to focus their attention on other work that is harder to resolve.

As China battles an increasing incidence of cancer, Tencent is also partnering with hospitals to use AI to screen for breast and lung cancer, including a charity program offering free lung cancer screening for low-income people over 50 years old.