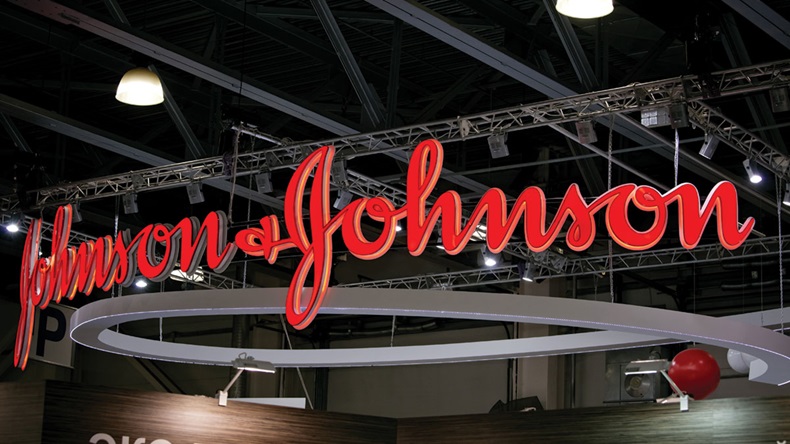 Johnson & Johnson said it anticipates drug pricing will be a headwind in 2018 as the issue falls under greater scrutiny in the US, but the company expects its pharma business to still deliver robust growth based on strong sales volume gains in oncology, immunology and other areas.

Chief Financial Officer Joseph Wolk told investors during the company's second quarter sales and earnings call July 17 to anticipate a negative drug pricing impact of 4%-6% in 2018, which will be similar to net price declines from the prior year.

"It's been 4% year-to-date in terms of negative price," Wolk said. "We would expect that to be probably in the realm of about 4%-6% this year as we look out over the back half of this year and given the results that we've had in the first half." That compares to a 4.6% negative impact from drug prices in 2017 and a positive 3.5% impact in 2016.

"We're really glad that the administration has called for a fact-based dialogue. We believe a discussion based on facts is a good thing," Gorsky said.

He said J&J will continue to "act responsibly" when it comes to drug pricing, pointing to the company's US Transparency Report, released in March, which outlines the company's average drug pricing across the portfolio on a list and net basis. While the average wholesale acquisition cost increased 8.1% in 2017, the average net price (minus rebates, discounts and returns) declined 4.1%, according to the report. (Also see "Janssen Emphasizes Average Net Price Decline As Transparency Momentum Builds In States" - Pink Sheet, 12 Mar, 2018.)

J&J still increased prices on growth brands like the cancer drugs Darzalex (daratumumab) and Imbruvica (ibrutinib), while drugs that are facing competition – like Remicade (infliximab) – took more of a hit, according to an analysis from Bernstein analysts. (Also see "J&J Stays Within Price Pledge, But Average Doesn't Tell The Whole Story, Analyst Says " - Scrip, 27 Mar, 2018.) Under the company's drug pricing pledge, J&J has vowed to limit drug price increases to less than 10%.

The issue of US drug pricing is expected to be a hot button one during industry's second quarter financial calls, given the growing attention on high US drug prices and the release of President Donald Trump's drug pricing blueprint in May.

Trump brought the topic of drug prices back in the spotlight on Twitter in early July, calling out Pfizer Inc. for undertaking a second round of price hikes in the second half of the year. (Also see "Trump Tries To Shame A Defiant Pfizer On Drug Pricing" - Scrip, 9 Jul, 2018.) Pfizer CEO Ian Read notably agreed to roll back the price increases the following day after a conversation with the president. (Also see "Pfizer Agrees To Roll Back Prices On 40 Drugs, Yielding To Pressure From Trump" - Scrip, 10 Jul, 2018.)

J&J CEO Alex Gorsky said he welcomes the opportunity to engage in dialogue to develop proposals to contain health care costs, but he cautioned against rapid fire policy changes that could result in unintended consequences.

"We're really glad that the administration has called for a fact-based dialogue. We believe a discussion based on facts is a good thing," Gorsky said. "It's too early to predict the impact of any potential new federal regulations, but it's an important issue. We recognize that and we want to help lead the solutions."

But Gorsky also returned to industry's usual talking points: the fact that drugs represent a small fraction of total health care costs in the US (14%, he said), that medicines offset health care spending, and the investment needed to fund pharmaceutical R&D.

One way the drug industry could support lower health care spending in the US is by fostering a market for biosimilars. But J&J's defensive strategy for its blockbuster Remicade against biosimilar competition has been a success commercially. If it were to become a blueprint for branded manufacturers as more biosimilars launch, it would suggest that more policy changes are needed to pave the way for cheaper biologic competition in the US. Even FDA Commissioner Scott Gottlieb has started to sound the warning bells. (Also see "FDA's Gottlieb: 'Pricing And Reimbursement Mischief' Holding Back Biosimilar Market" - Scrip, 7 Mar, 2018.)

J&J confirmed that Remicade has retained a 94% share of the infliximab market by volume in the US despite the availability of two biosimilars, Pfizer's Inflectra and Merck & Co. Inc.'s Renflexis. Remicade sales have dipped, however, as the company has increased rebates to counter the biosimilar entries. US sales slipped 13.7% in the second quarter to $918m, but J&J's ability to hold onto most of Remicade's revenues more than 18 months after the first biosimilar entry has been a big win for the company.

Pfizer is challenging J&J's commercial strategy in a lawsuit, however, alleging that it is anti-competitive, because J&J signed exclusive rebate contracts with payers that allow only Remicade to be reimbursed. (Also see "Pfizer Sets The Stage For A Biosimilar Showdown Over Exclusive Contracts" - Scrip, 20 Sep, 2017.)

Gorsky called the lawsuit "baseless" during the second quarter call, adding, "It's not something that concerns us given the contracting practices that we employ and how much that is on par with others in the industry."

J&J's pharmaceutical business turned in a strong second quarter performance, with sales of $10.4bn up 19.9% versus the prior year period. Sales were positively impacted by currency (5.4%) and the acquisition of Actelion (6.6%). Excluding the net impact of acquisitions and divestitures, worldwide sales increased 11%, driven by strong growth from Stelara (ustekinumab), Zytiga (abiraterone) and the newer cancer drugs Darzalex and Imbruvica. The company launched Tremfya (guselkumab) into the crowded psoriasis market last year; it generated $126m in the second quarter.