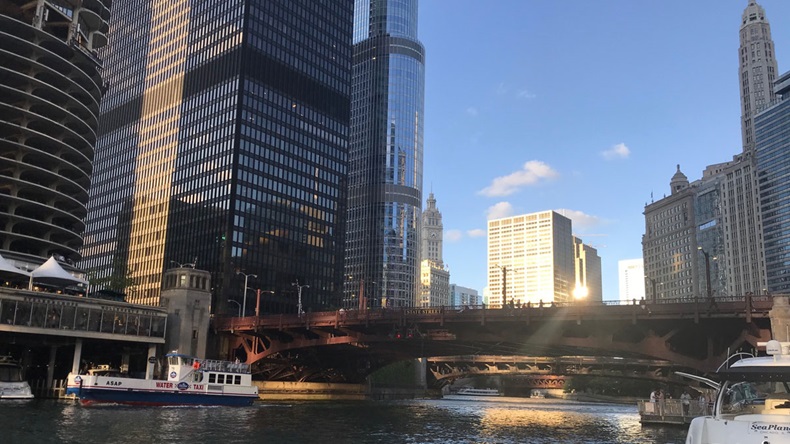 Overwhelming is one common way to describe the American Society of Clinical Oncology (ASCO) annual meeting, but optimism also shines through. ASCO's tagline for this year's meeting was "delivering discoveries: expanding the reach of precision medicine," but the data presentedJune 1-5 in Chicago highlight the reality of overcoming ever-increasing complexities before accomplishing the mission, even as impressive progress has been made.

ASCO didn't disappoint this year. There were plenty of promising data – some of it potentially paradigm shifting – with all of the boisterous debate attendees have come to expect over how key data sets may translate to clinical practice.

It wasn't a ground-breaking year, not like the first peeks at the immune checkpoint inhibitors, shedding light on a new class of PD-1/L1 drugs that have become the blockbustersOpdivo and Keytruda. (Also see "Melanoma Success Paves Way For Path Of Gold In Cancer Immunotherapy" - Pink Sheet, 10 Jun, 2013.)

"If you think about how long it took us to get to the checkpoint inhibitors, I think we thought we were over it and everything else would just be easier, and what we are finding out is that it's not," Novartis Oncology CEO Liz Barrett said.

"Scientifically, to me, here this isn't like a big aha immunotherapy moment," said Jill O'Donnell-Tormey, the CEO of the nonprofit Cancer Research Institute.

It was more a year of refinement as industry digests the big advances that have been made in the last five years and pivots toward where to go next.

"Right now, we are refining our knowledge, filling in gaps. We are learning about how to use these new medicines,"Pfizer Inc. Oncology Chief Medical Officer Mace Rothenberg said in an interview. "That's been the sense of this ASCO, the amazing pace of advances but also understanding and getting more confidence in the way we use these drugs."

As Penn Medicine Abramson Cancer Center's Angela DeMichele put it in a discussion of new breast cancer data, "I think it's a really good time to take stock of what we know, what we don't know and what the future holds."

Merck & Co. Inc. scored the biggest headlines with data onKeytruda (pembrolizumab) as a monotherapy versus chemotherapy in lung cancer from the KEYNOTE-042 trial, presented June 3. The data solidify Merck as the dominant leader in immuno-oncology, though there are still questions about how the results will play out in the real-world in patients with PD-L1 expression of less than 50%.  (Also see "Merck's Keytruda Monotherapy May Get Stuck With Small Role In First-line Lung Cancer" - Scrip, 4 Jun, 2018.)

RivalBristol-Myers Squibb Co. and partner Nektar Therapeutics presented notable data on the combination of the PD-1 inhibitor Opdivo (nivolumab) in combination with the IL-2 agent NKTR-214 showing the combination could turn immunologically "cold" tumors "hot." ( (Also see "A Plea For Patience: Bristol/Nektar's Opdivo/NKTR-214 Combo Responses Deepen Over Time" - Scrip, 3 Jun, 2018.)) O'Donnell-Tormey pointed to the data on the IL-2 combo as one of the highlights of the meeting.

Other data impressed in early and in niche patient populations.Loxo Oncology Inc. got attention with Phase I data testing the RET inhibitor LOXO-292 in RET-mutant cancers as a potential tissue-agonistic treatment in a rare subset of patients, a year after impressing the conference with its TRK inhibitor larotrectinib, another tissue-agnostic approach.(Also see "Loxo's Larotrectinib Requires Paradigm-Change In Clinical Practice" - Scrip, 5 Jun, 2017.) The company said it is hoping to engage with regulators on the results of the single arm Phase I data for '292. But even as drug developers hope to move toward treating cancer on the molecular basis of disease rather than location of the tumor, ever more questions pop up about the importance of tumor tissue of origin. (Also see "Loxo '292 And Cancer Drug Development Today: So Much Promise, So Many Questions " - Scrip, 3 Jun, 2018.)

There was a deluge of data at ASCO around refining patient populations, exploring resistance mechanisms and evaluating drug combinations across a wide range of tumor types and mechanisms of action, from immunotherapy to targeted therapy, and opening a seemingly endless number of new questions.

Wall Street struggled to absorb the data, and investors weren't overwhelmingly impressed by what they saw. Several drug stocks in the headlines over the weekend opened up modestly higher or flat June 4. Nektar took a big hit, opening down 31% at $62.27 and ending the day down 41.8% at $52.57. Bristol took a more modest blow, ending the day down 3% at $51.45

Investors are understandably squeamish after having heard for several years that IO/IO drug combinations are the path forward, only to see data on those combinations fall flat. But for drug industry attendees at ASCO, the meeting felt more like a renewal, an opportunity to refocus on what is next after digesting several big clinical trial disappointments. The big one came when PD-1/L1s failed to show a benefit in combination with IDO inhibitors, which last year had been hailed as the next big thing. Several drug makers have scrapped development of programs in this class. (Also see "A Wake For IDO: Bristol Ends Registrational Trials Of High-Priced Flexus Drug" - Scrip, 30 Apr, 2018.)

Data from the ECHO-301 Phase III trial testing Keytruda in combination withIncyte Corp.'s IDO inhibitor epadcadostat in metastatic melanoma were presented at ASCO, sparking dialogue about how the industry might have avoided the multimillion-dollar misstep and if drug makers should have moved slower and conducted more early research before moving into large Phase III trials. (Also see "A Wake For IDO: Bristol Ends Registrational Trials Of High-Priced Flexus Drug" - Scrip, 30 Apr, 2018.)

Industry didn't want to dwell on the IDO mess up at ASCO, however, and drug manufacturers said the disappointments have all been part of the learning process.

One of the challenges is measuring large quantities of fast-evolving science against an increasingly competitive commercial market for new drugs. The rush to win can lead to fumbles.

"The differentiator is going to be who can move most quickly, incorporate the greatest insights into that strategy and really drive that to completed trial as quickly as possible – and recognize when those things align," Pfizer's Rothenberg said. "If you pull the trigger too early, you are going to increase the risk for failure. If you wait too long, the competition is going to go right by you."

AstraZeneca PLC Oncology Business Unit Global Head David Frederickson acknowledged the company might not have had the best approach for studying IO combinations early on, pointing to the development strategy for its PD-L1 inhibitor Imfinzi (durvalumab) in combination with its investigational CTLA-4 inhibitor tremelimumab. Two studies in lung cancer failed to show a progression-free survival benefit for the combination, and Imfinzi showed more benefit as monotherapy in the ARCTIC study. (Also see "ARCTIC Chill Descends On AstraZeneca's Imfinzi/Treme Combo In NSCLC" - Scrip, 24 Apr, 2018.) The Phase III MYSTIC trial studying Imfinzi with tremelimumab versus chemotherapy in Stage IV first-line NSCLC is continuing, with a final analysis expected in the second half of the year, though expectations are not high.

Now AstraZeneca is focused on improving the way combinations are evaluated early on to make better choices about which ones to move forward, Frederickson said. "I would say that was not the approach we took with CTLA-4," he said. "Instead of picking one combination and moving forward with it, [the strategy] is how do we get multiple different ones and then pick the best ones."

No one meeting or a handful of high-profile data sets out of the thousands presented at ASCO really represents the progress that has been made in just the last few years. The feeling of optimism comes from the sense that despite detours, potholes and a lot of flat tires, industry has at least reached a vantage point from which it can imagine a future with long-lasting cancer cures.

Perhaps the most remarkable moment at ASCO was when National Cancer Institute Director Norman Sharpless gave oncologists permission to use the word cure when talking to patients about their cancer diagnosis. Drug makers and physicians generally are reticent to use cure to describe oncology treatment, aware of dangling false hope in front of patients. But in an address during the opening plenary session at ASCO, Sharpless said the time to talk about cures is now.

"I think we have become scared to tell our patients that we actually hope to cure them. It may be time to reexamine how we communicate our efforts in this area," he said. "Curing cancer, that is making it go away and never come back, is really hard and the word here should not be thrown around lightly." But, he said, "We are curing patients now, more than ever, even some people with really bad cancer."

It's far too early to claim victory, but every incremental improvement lights the path forward. The disappointments help to point the way too. And both were heralded at ASCO 2018.