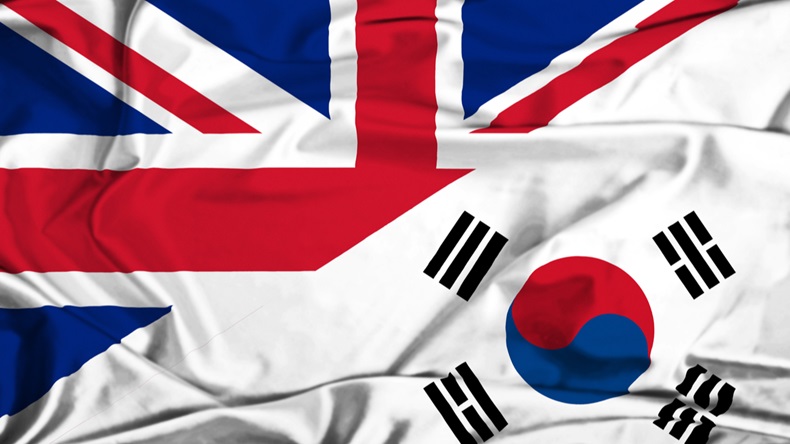 In the biggest investment plan ever announced by a foreign pharma firm in South Korea, AstraZeneca PLC has agreed to pump a total of $630m into the country over the next five years, in cooperative research projects for new drugs, to foster R&D experts and to improve access to healthcare.

The major UK-based multinational inked a letter of intent on the plan with the Korea Trade-Investment Promotion Agency and Korea Biotechnology Industry Organization at its plant in Sweden during a bilateral business summit between South Korea and Sweden, which took place during South Korean President Jae-in Moon’s recent visit to the Scandinavian country.

South Korea’s presidential Blue House noted that the agreement also marked the biggest ever investment plan by any foreign investor in the country’s biomedical R&D sector, and that it is expected to help step up innovation in the country given the strong focus on R&D. AstraZeneca currently has about 360 employees in the country but expects to hire about 20% more.

The sizable investment plan would appear to reflect the growing importance of the South Korean market for global pharma firms amid multiple recent measures by the government to nurture the broad bio-health sector. South Korea is ranked the sixth in the world as a clinical research hub, while Seoul is ranked the first in the world by single city as a site for trials.

The government-supported biopharmaceutical industry is considered to have world-class potential, given its modern research infrastructure, excellent workforce and global clinical competitiveness, according to AstraZeneca Korea.

The global pharma said it had positively evaluated the growth potential of the sector in South Korea and the government’s industry-nurturing policies. Open innovation projects with AstraZeneca will provide an opportunity to innovate the ecosystem of the domestic bio-health industry, the Ministry of Trade, Industry and Energy said.

In May, South Korea unveiled a new bio-health industry innovation strategy that involves hefty investment in the R&D of innovative new drugs and medical devices along with financial support and tax incentives, as well as steps to shorten drug approval times and ease other regulations to keep pace with global standards.

“We regard the Korean government’s active engagement in fostering the biohealth industry as positive and believe Korea can be a sustainable partner to AstraZeneca,” the company told Scrip. “Given President’s Moon recently announced commitment to promoting biomedical innovation in Korea, we feel it is important to support this effort and publicly strengthen our commitment to Korea over the next five years.”

AstraZeneca has been active in Korea for many years given the country’s well-developed healthcare system, world-class R&D environment and excellent human resources. Given its delivery of innovative drugs, particularly in the oncology, cardiovascular and respiratory areas, to Korean patients, the firm says it has unique healthcare domain knowledge on the obstacles that patients face, from the first symptoms to diagnosis, to treatment and follow-up.

“We want to go beyond existing open innovation and new drug development and expand our scope of investment to Korean society and industry in general, and support bioventure start-ups, future healthcare (AI, IoT) technologies, and support Korean bioventures’ advancement to China and the global market, employment, etc.,” it explained.

The pledged amount of money comprises all forms of tangible and intangible investments in improving access to healthcare, driving collaborative innovation and providing high-quality employment, the company said, noting that it plans to discuss details with its counterparts and relevant ministries.

AZ has already been consistently expanding its R&D investment in Korea, not only through its local marketing subsidiary but including through global programs. To date, around $105m in total has been invested over the last five years on R&D, the company said.

It was recently awarded Innovative Pharmaceutical Company status by the Ministry of Health & Welfare in recognition of its contributions to biomedical research, and the company has launched more than 130 trials in the country in the past five years. Korea also holds a prominent position in AstraZeneca’s Oncology Alliance network, with three out of four sites in the Asia-Pacific located in the country.

As a part of an open innovation effort, AZ has been collaborating with Korean researchers on preclinical and early-stage clinical trials, particularly through the AZ-KHIDI oncology research program that has been supporting four study proposals every year since 2014.