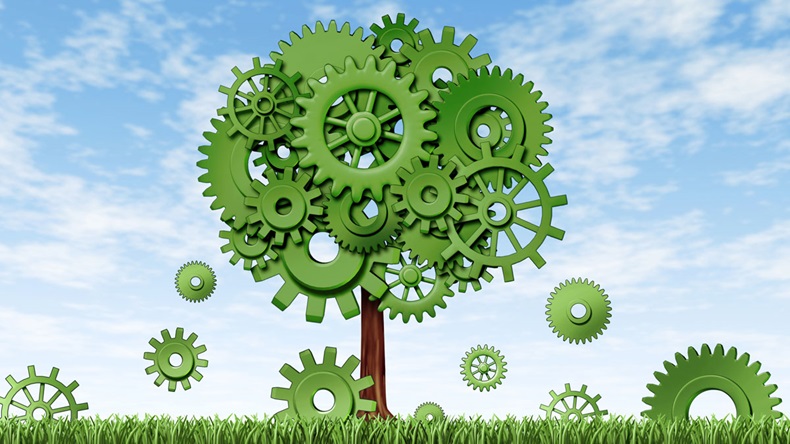 Updated data from AstraZeneca PLC's pivotal PACIFIC study show a 32% overall survival benefit for Imfinzi in Stage III non-small cell lung cancer, a space where the PD-L1 inhibitor is already popular and the company has a monopoly. However, the trial results raise questions about whether a large subset of patients with low or no PD-L1 expression should be treated.

The Phase III PACIFIC study tested the immune checkpoint inhibitorImfinzi (durvalumab) vs. placebo, randomized 2:1, after chemoradiation (CRT) therapy in 713 patients with unresectable Stage III NSCLC. A strong progression-free survival (PFS) benefit, the coprimary endpoint in the study, had previously been reported and led to the approval for Imfinzi in this indication in February. (Also see "AZ Rides PACIFIC Wave To Be First In Early-Stage NSCLC" - Scrip, 11 Sep, 2017.)

In May, the company had reported the drug met the second coprimary endpoint with an overall survival (OS) benefit, but did not provide details. (Also see "PACIFIC Pays Off Again For AZ With Imfinzi Lung Cancer OS Success" - Scrip, 25 May, 2018.)

Imfinzi is the only one of the PD-1/L1 inhibitors approved for this indication – others are cleared for metastatic disease. Analysts say AstraZeneca has a two-year lead in this disease setting.

Full results from PACIFIC were presented at the International Association for the Study of Lung Cancer (IASLC) World Conference On Lung Cancer on Sept. 25 and published by Scott Antonia of the H. Lee Moffitt Cancer Center and colleagues in the New England Journal of Medicine (NEJM) the same day.

In the study, durvalumab or placebo was given for up to 12 months after a response on at least two cycles of platinum-based chemoradiation therapy. The hazard ratio for the overall survival benefit for durvalumab vs. placebo was 0.68 (p-value=0.00251) and the median OS was 34.7 months for placebo and not reached in the test drug arm.

"Although median overall survival has not been reached, this looks likely to translate into a median benefit of ~8 months or more. The data should further cement Imfinzi as a new standard-of-care in this subgroup of lung cancer patients (consensus sales = 2022E $2.3bn)," Deutsche Bank analyst Richard Parkes said in a Sept. 25 note.

Patients were enrolled regardless of PD-L1 status, but the company did an analysis of those with expression under 1% at the request of health authorities. In this analysis, the drug did not show an overall survival benefit for those with the lowest level of expression. The hazard ratio was actually 1.36 in these patients, which suggests possible harm.

However, as Deutsche Bank's Parkes pointed out, "the patient population in this subgroup was extremely small and confidence intervals around this point estimate are very wide (0.79-2.34) making any conclusions speculative."

Imfinzi was approved in Europe on Sept. 24 for use in nonresectable Stage III disease with at least 1% PD-L1 expression, based on the PACIFIC data, in contrast with its approval in all comers in the US. (See sidebar.)

AstraZeneca explained toScrip that when multiple exploratory analyses are done, "there is increased risk of chance findings that do not accurately describe the treatment effect in the subgroup."

"We believe the finding in the patients with less than 1% expression was as a result of a small patient sample, few events and abnormally-favorable placebo performance and therefore drawing a conclusion from this analysis is inappropriate," the company said in an emailed response to questions.

AstraZeneca also said that it disagrees with the European regulatory decision to exclude a subset of patients and that it fully stands behind the all-comer label approved outside the EU.

Parkes advised that there will be some debate about how broadly Imfinzi should be prescribed, given the PD-L1 results, but that this affects only 20% of patients. The analyst thinks it's unlikely that the FDA will restrict labeling based on PD-L1 status.

"We believe it is unlikely that the FDA decides to restrict use of the drug, particularly as PD-L1 status can be impacted by use of radiotherapy in this setting, potentially meaning patients that could benefit are left without therapy. We believe a [worst case scenario] would be that wording was included in the label to highlight that the benefit in this patient cohort is less clear when the label is updated to include survival data," Parkes said.

Overall, the PACIFIC release was a strong positive for AstraZeneca. Secondary endpoints showed better outcomes for those on Imfinzi when it came to the time to death or distant metastases and time to first or second subsequent therapy or death.

"The updated results for secondary endpoints including the time to death or distant metastasis, the incidence of new lesions, and the objective response rate, remain consistent with those that were previously reported and continue to show the substantial anticancer activity of durvalumab treatment in patients after induction therapy and its favorable effect on prevention of metastatic spread, which may help to explain the observed survival benefit," the NEJM article stated.

"PACIFIC is the first study to show a survival advantage following CRT in this population, providing compelling evidence for the unprecedented benefit of durvalumab treatment as the standard of care," investigators concluded in the NEJM article.

The PACIFIC data solidify Imfinzi's lead in early NSCLC, but it's unclear what effect the OS findings will have on sales as there has already been strong adoption, particularly given uncertainties about the population with less than 1% PD-L1 expression.

Imfinzi's first FDA-approved indication was bladder cancer in May 2017, but the drug was the fifth PD-1/L1 inhibitor cleared for this use, and sales have been low. (Also see "AstraZeneca's Imfinzi Debuts In Bladder Cancer With Combo Coming Soon" - Scrip, 1 May, 2017.)

Imfinzi had a setback in NSCLC when its combination with the CTLA-4 inhibitor tremelimumab failed to show a PFS or OS benefit in the Phase III ARCTIC first-line study in April. (Also see "ARCTIC Chill Descends On AstraZeneca's Imfinzi/Treme Combo In NSCLC" - Scrip, 24 Apr, 2018.)

But only Keytruda has a first-line indication and none are approved for Stage III NSCLC. AstraZeneca has estimated that there are 105,000 cases of Stage III disease in the top eight countries (China, France, Germany, Italy, Japan, Spain, the UK and US) in 2017; this equates to about one-third of all NSCLC.

Merck's Keytruda is being studied in Stage III NSCLC in the Phase II KEYNOTE-799 study, as well as two Phase III studies of Stage II/III NSCLC (PEARLS and KEYNOTE-671). Data from an investigator-led Phase II study were reported at the IASLC meeting (see box).

Data from the Hoosier Cancer Research Network's Phase II, investigator-led LUN 14-179 study of Keytruda as a consolidation treatment after chemoradiation therapy (CCRT) in Stage III NSCLC were presented at the world lung congress on Sept. 24.

The most concerning severe adverse event was pneumonitis; the rate of Grade 3-4 events was 4.3 and there was one death.

Investigators concluded that the survival rates compare well to historical controls and that PD-1/L1 consolidation treatment is relatively safe and that it should become the standard of care.

Imfinzi is an important part of AstraZeneca's strategy for growing its oncology business unit, along with the PARP inhibitor Lynparza (olaparib) and Tagrisso (osimertinib). The company's oncology sales reached $4.02bn in 2017, up 19%. (Also see "AstraZeneca Looks To Deliver On Its Promises In Oncology" - Scrip, 26 Jun, 2018.)

Imfinzi has been very well received in early-stage lung cancer, as shown by a rapid launch, despite lack of color on overall survival until now. In the first quarter, sales of Imfinzi were up by 344% to $62m. AstraZeneca reported $184m in sales for Imfinzi in the first half, including $122m for the second quarter.

"The vast majority of these sales are from the lung indication, a very, very small portion coming from bladder [cancer]. And we do see that roughly half of the PACIFIC eligible patients in this setting are getting immunotherapy and the majority of those are getting Imfinzi," David Fredrickson, global head of oncology business unit, said during the company's second-quarter earnings call July 26.

In June, there were nearly 10,000 infusions per month, double the number at the end of the first quarter. "So you can really see the good velocity within this business. And that's reflected, too, in growth in new starts as well as in total scripts," Frederickson said.

Howard "Jack" West, medical director of thoracic oncology at the Swedish Cancer Institute in Seattle, toldScrip just prior to the lung cancer meeting in September that most people – he estimates more than 80%, and probably over 90%,  have adopted the FDA-approved approach of consolidation durvalumab treatment based on the "remarkable difference in PFS, combined with the significant difference in time to distant metastases or death, which should track well with survival."

A small minority of oncologists were holding out for the OS data, and the rest would be looking to see that the OS benefit is not transient, he said.