At Pfizer, A Split A Decade In The Making 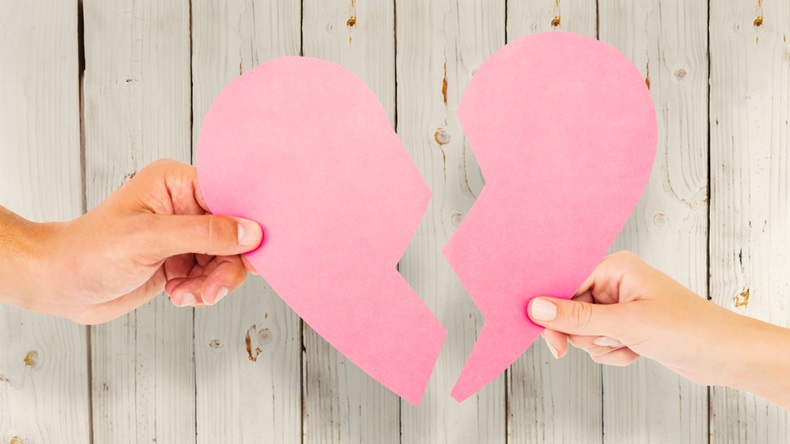 It was back in 2010, when Lipitor was edging close to losing its patent protection, that debate erupted among Pfizer Inc. investors over whether the pharma giant could unlock trapped value by splitting up the company into an innovative, R&D-focused company and a cash-generating established products business. The businesses were reorganized, the decision was considered, delayed, considered again, scrapped in 2016, and now nine years later, it is poised to happen.

Pfizer announced on 29 July that it will split off its Upjohn off-patent branded and generics business and merge it with Mylan NV to establish a top generic drug company, with $19bn to $20bn in pro forma 2020 revenues. (Also see "Upjohn/Mylan: Will "Potential Moderate Growth" Lure Investors?" - Scrip, 29 Jul, 2019.)The result will be a diminished Pfizer, in size, but not innovative spirit. The new Pfizer will be much leaner and focused on innovative R&D. The company expects a 2020 annual revenue base of $40bn, shaving off about $10bn in revenues with the move.

Pfizer generated $53.65bn in revenues in 2018, although that also included $3.6bn in consumer health care revenues, which Pfizer is now spinning out into a joint venture with GlaxoSmithKline PLC. (Also see "Pfizer Consumer Combo Deal Frees Capital For GSK Pharma Investment" - Scrip, 19 Dec, 2018.) To understand how much Pfizer has already shrunk, consider that in 2011, the company generated $67.4bn. in revenues.

CEO Albert Bourla is certainly putting a big mark on reshaping the company, since taking over at the start of the year.  Pfizer will relinquish its title as the number-one drug maker, based on pharmaceutical sales, to Novartis AG, and likely fall behind Roche and Johnson & Johnson as well.

After the consumer and off-patent businesses are divested, “Pfizer will be a smaller, more focused, science-based company with a singular focus on innovative pharma,” Bourla told a same-day second-quarter earnings call, noting that the pipeline will be able to bring a more dramatic impact on Pfizer’s growth trajectory. “Given our smaller size, we believe the growth will be more sustainable. We also will still have the financial flexibility to continue to invest in growth while returning capital to our investors. These are deliberate steps we are taking to make Pfizer a very different company and one that is even better equipped to fulfill our purpose: breakthroughs that change patients' lives.”

The company had forecast a five-year compound annual growth rate of mid-single digits, but it now expects the growth to begin earlier than it would have and is guiding for high mid-single-digit revenue growth – because the lag of the Upjohn business will be removed. Management had previously forecast flat revenues in 2019, taking into account the consumer health care spinout, with a return to growth targeted in 2020 after Pfizer cycles through the loss of Lyrica (pregabalin) to generics. (Also see "Lyrica Generics Launch, But Pfizer Has Been Bracing For The Hit" - Scrip, 22 Jul, 2019.)

Pfizer will be relying on its branded pharmaceutical pipeline to drive growth, brands like Ibrance (palbociclib), Xeljanz (tofacitinib), Xtandi (enzalutamide) and new cardiovascular rare disease drug Vyndaqel/Vyndamax (tafamidis). New drugs – and any new commercial acquisitions – will have a bigger opportunity to move the needle on the top line.

The Upjohn business is a cash-generating one, but off a declining revenue base. Revenues for the second quarter declined 7% operationally to $2.8bn, dragged down in particular by Chinese pricing reform – although Pfizer reported volume increases.

The business was reorganized at the beginning of the year under the Upjohn name. It's made up of off-patent legacy brands and generic medicines, and was previously organized under Established Medicines. The company moved its biosimilars into its Innovative Medicines portfolio at the same time, so Pfizer will retain its biosimilar drugs, including Inflectra (infliximab-dyyb), a version of Remicade, and recently-approved biosimilars of Avastin (bevacizumab) and Herceptin (trastuzumab). (Also see "Pfizer On Reorganizing, M&A And Investing In Internal R&D " - Scrip, 1 Aug, 2018.)

The off-patent business has been reorganized several times over the last decade, as Pfizer toyed with how best to structure its disparate businesses. In a prior incarnation, it was called Essential Health.

A History Of Indecision

In 2010, when Jeffrey Kindler was Pfizer’s CEO, some analysts and investors began pushing the company to consider a split to unlock trapped value, following the mega-merger with Wyeth and as the loss of Lipitor (atorvastatin) approached. Ian Read made a review of a business break-up one of his top early priorities to evaluate when he took over as CEO in late 2010.

But management took a more conservative road in 2012, deciding to sell its Nutritionals business and spin out Animal Health into Zoetis, while keeping its Established Products and Consumer Healthcare businesses. (Also see "Pfizer: Established Products And Consumer Health In; Animal Health And Nutrition Out" - Pink Sheet, 7 Jul, 2011.) Pfizer focused on developing a new operating model to break the innovative medicines and established products portfolios out from one another in the financial record keeping while it continued to evaluate an eventual split. (Also see "Pfizer Reorganizes Internally, Closer To Decision On Splitting Business" - Pink Sheet, 5 Aug, 2013.)

In 2016, after years of consideration, Pfizer announced that it would not move forward with a split, ending the breakup speculation for a time. (Also see "Stronger Together: Pfizer Decides Against A Split" - Scrip, 26 Sep, 2016.) Both its innovative business and what was then called Essential Health were performing well, with strong double-digit growth, bolstered by acquisitions, including the addition of Hospira to the Essential Health unit.

The decision, when it finally came, didn't disappoint investors immensely because of the company's evolving financial trajectory, and because breaking up the business was viewed as a challenge.

It's still not clear now if the move will unlock value. As Wolfe Research's Tim Anderson said in a same-day note, "Breaking up is hard to do and in this instance, it is not immediately clear to us whether the move creates value or destroys it on a net basis, from a pure financial perspective." That view, he said, is based almost solely on the low price-to-earnings multiples that continue to exist in the specialty pharma space.

During the earnings call, Anderson also pushed on how Pfizer was losing much of its emerging markets business in the transaction.

Nonetheless, Anderson said in his note on the deal, "Pfizer management deserves credit for attempting to reshape the business in various ways."

"Growth at the residual company will be better and new revenue streams from the pipeline (or from future bolt-ons) will have a bigger impact than before, which is a positive," he said

As for the question of what’s next, Pfizer does now have an additional $12bn coming in. Chief financial officer Frank D’Amelio told the earnings call that the intention is to pay down debt and then, with the added $11bn-$12bn in operating cash flow post-close, pay out a shareholder dividend. “And then the remainder we’ll be looking at relative to share repurchases and to business development,” he said.

Bourla stressed that the company was standing pat on its business development strategy. Pfizer will continue to be active, with an eye toward early- to mid-stage bolt-on opportunities. “Regarding large scale M&A, as we said, never say never. But right now the opportunity we have to advance our pipeline is unique, and I still do not see the need to do a large deal right now, because that can only create disruption.”