Bayer Adds Up COVID-19 Pluses and Minuses In Q1 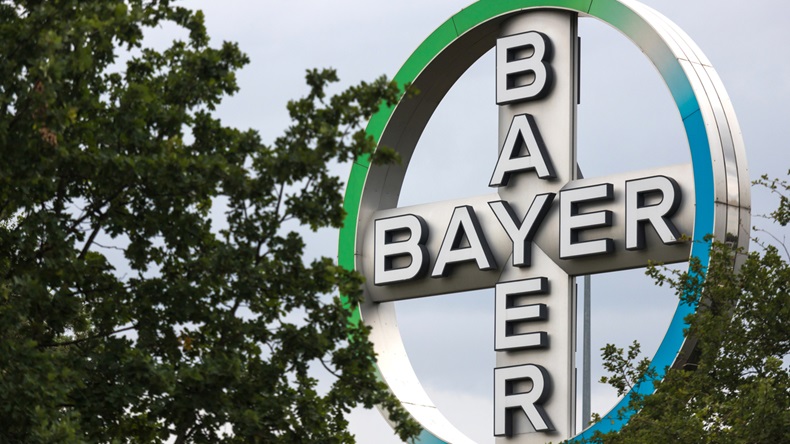 Pharmaceuticals sales came in at €4.55bn, up 3.9% and ahead of consensus, driven again by the anticoagulant Xarelto (rivaroxaban). CEO Werner Baumann noted that growth came from Europe, the Middle East and Africa and was helped by "changes in ordering behaviour due to COVID-19," while sales in China and Russia continued to rise.

The firm's other big earner, the eye drug Eylea (aflibercept), inched up just 1% due to changes in ordering behavior due to imminent price reductions in Japan, France and Italy. Those declines were offset by sales gains in the UK, Germany and Canada.

Bayer's pharmaceuticals chief Stefan Oelrich said that while "we are seeing some good impact on Xarelto in the first quarter, we'll have to see if this is really inventory build-up" due to COVID-19. He added, "We're hearing that there's also an effect of increased switching over from vitamin K antagonists because there is less monitoring of patients," but it was too early to suggest any trend. 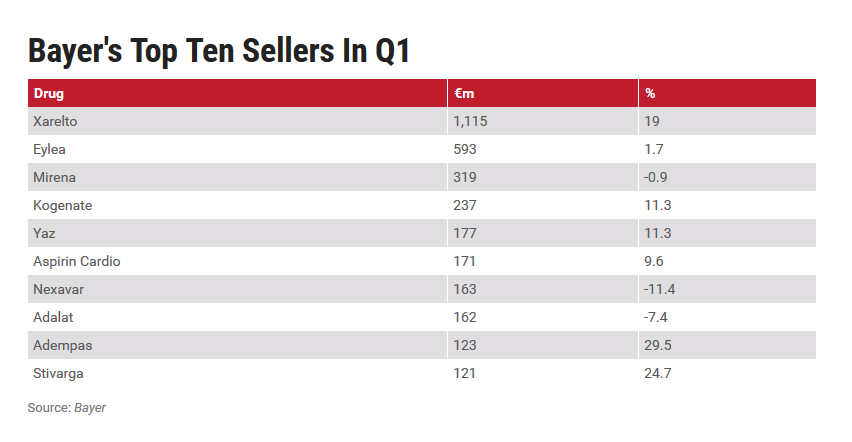 Oelrich added that "we've also seen some good development in hemophilia," with strong sales growth for its Factor VIII therapies Kogenate and Jivi. "That may have been some inventory building, but it's really hard to tease out," he said, noting that "on the flip side, we've had low volumes on [diabetes therapy] Glucobay (acarbose) in China. So I think we've got some pluses and minuses."

He noted that the prostate cancer drug Nubeqa (darolutamide), which was approved in Europe in March after getting the green light in the US last summer, "is so far beating our expectations." He added that the Orion Pharma-partnered androgen receptor inhibitor is now being introduced in Germany, its first European launch country.

As to how the coronavirus pandemic is impacting Bayer's efforts in the clinic, Oelrich said he was pleased that the firm faced no delays on finerenone, which is currently in Phase III for the treatment of patients with diabetic kidney disease. He claimed he was "most concerned if we could get the FIDELIO trial in" of the mineralocorticoid receptor antagonist "but it looks like we've finalized that."

"We're actually in pretty good shape in terms of our clinical trials [but] we may have some delays in starting new ones early on," he said.

Baumann added that the group would not be giving any financial guidance just yet. The impact of COVID-19 "will be defined by duration and intensity," he said, adding that "given these unprecedented dynamics, we cannot yet reliably quantify its effects. Some of them are negative, while others are positive."

As is the norm now at Bayer, most attention was on the lawsuits the Leverkusen-headquartered group is facing over its glyphosate-based weedkillers such as Roundup.

As of April 14 2020, lawsuits involving 52,500 plaintiffs had been served in the US, up from 48,600 in February. Baumann noted that Bayer "continues to engage constructively in the mediation process" and had made progress before the outbreak of COVID-19 but the pandemic has significantly slowed things down.

He said that the company would continue to consider a solution "but only if it is financially reasonable and puts in place a mechanism to resolve potential future claims efficiently." Against the background of a looming recession "and looking at, in part, considerable liquidity challenges, this applies now more than ever," Baumann said.

The most impressive performance came from Bayer's consumer health arm which saw a "substantial increase in demand due to the COVID-19 pandemic." Sales were up 13.5% to €1.40bn.

The unit's head Heiko Schipper said, "We are trying to uncover how much is really more inventory building and how much is truly consumption. Obviously consumption of supplements of vitamins and minerals is definitely up. I think we know it ourselves. We take more of those these days."

He added that allergy and cough/cold products are doing well. "People want to avoid getting sick because they don't want to end up at the doctor or at the hospital."