Walmsley Takes On Oncology: Can GSK Become A Power Player?

GlaxoSmithKline's new CEO is assembling a "dream team" to rebuild the big pharma's R&D pipeline with an emphasis on building in oncology. Walmsley outlined her strategy at J.P. Morgan, while Oncology Therapy Area Head Axel Hoos provided more details in an interview. 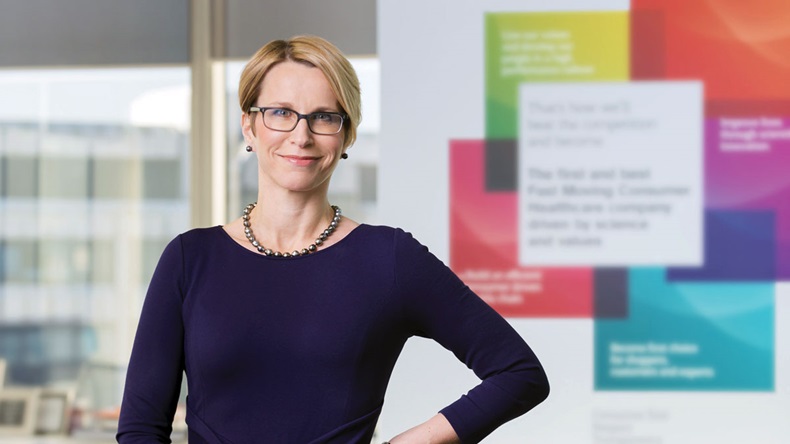 GlaxoSmithKline PLC CEO Emma Walmsley's growth strategy for the big pharma calls for reversing course to reprioritize pharmaceutical R&D and innovation, with a particularly notable focus in a new potential growth area, oncology. Walmsley believes GSK can be a power player in the competitive field of oncology, where it lags rivals by a long shot.

Walmsley is assembling a "dream team" to rebuild GSK's pharmaceutical pipeline, and the appointment of Hal Barron, a highly-regarded cancer specialist, as president of R&D has given the initiative some credibility on Wall Street. (Also see "GSK Bags Barron As R&D Boss As Vallance Joins UK Government" - Scrip, 8 Nov, 2017.)

"Hal Barron is a legend in his space, and he will bring a lot of credibility, but also capability to GSK in terms of very senior leadership in R&D," Head of Oncology R&D Axel Hoos said in an interview.

Walmsley made her J.P. Morgan Healthcare Conference debut as GSK's CEO on Jan. 9 in the grand ballroom of the Westin St. Francis in San Francisco, where she outlined her strategy for recharging the company's growth outlook. Walmsley unveiled early plans in July, shortly after taking the helm from Andrew Witty, when GSK announced plans to slash more than 30 R&D programs and refocus on 10 priority geographies. (Also see "Walmsley Shakes Up GSK; Cuts More Than 30 Drug Development Programs" - Scrip, 26 Jul, 2017.)

"Our resources at GSK have historically been spread too thinly, and we need to bet bigger on fewer truly differentiated medicines with the potential for sizable peak-year sales," Walmsley said. The company will target 80% of its R&D spending to four areas: two where it has existing strengths – respiratory and HIV/infectious disease, where it already leads with drugs like Advair, Breo, Anoroand its ViiV Healthcare HIV subsidiary, respectively – and two emerging areas: oncology and immuno-inflammation.

GSK is prioritizing 16 pipeline assets, and Walmsley said the company already has increased spending on those programs by 30% since July. But, she also said she fully expects the priority assets will change as new data reads out and as the company's business development strategy evolves.

The CEO also noted that GSK will be much more proactive on pharmaceutical business development.

"The first priority is our pharma business and right at the heart of it is R&D, which is why I'm building this dream team to really work on finding what the pipeline is going to be," Walmsley said.

A Long-Term View In Oncology

"Decisions are going to be made on how we may proceed here as new data reads out over the next few years and as Hal and his team review the portfolio in much more detail," Walmsley said. "What I can say is that we have an early and innovative portfolio."

Barron only officially joined the company on Jan. 1, so he wasn't prepared to provide any strategic R&D updates, but he did address investors in a breakout session about why he decided to join GSK, which largely came down to Walmsley's commitment to innovation.

The company's lead oncology asset is a potential first-in-class anti-BCMA antibody-drug conjugate, which attracted attention at the American Society of Hematology meeting in December, when GSK presented positive data from an early trial in heavily pre-treated multiple myeloma patients, showing a 60% response rate and median progression-free survival of 7.9 months.

Walmsley said GSK is prioritizing the development of BCMA, but acknowledged the R&D transformation is going to be a multi-year process. The company appeared to be backing off oncology in 2014 when it swapped its marketed oncology assets for Novartis AG's vaccines business in a deal that was considered novel in terms of structure. (Also see "GSK Swaps Cancer For Vaccines As It Sheds Legacy Products, Not R&D" - Pink Sheet, 22 Apr, 2014.)

But GSK always kept a small R&D operation ongoing in oncology. Therapy Area Head-Oncology R&D Axel Hoos was GSK's oncology torch bearer for several years, and since he's well-respected in the field as an early pioneer in immuno-oncology and the developer of Bristol-Myers Squibb Co.'s Yervoy (ipilimumab), there remained the sense that something was brewing under the surface.

Hoos is energized about the R&D changes under the new leadership at GSK. He talked with Scrip in an interview at J.P. Morgan.

"Hal Barron is a legend in his space, and he will bring a lot of credibility, but also capability to GSK in terms of very senior leadership in R&D," Hoos said. "His background is largely oncology, not exclusively, but he has made major contributions to oncology in his time at Genentech Inc. and I expect he will bring some of that spirit and expertise to us in helping to bring oncology back to a much larger presence."

Hoos said he remained at GSK in the nascent years, because he believed in the molecules in the pipeline.

"R&D is a long-term business, so after investing yourself for four or five years, if you drop it, you start over and then you are faced with the same uncertainty somewhere else," he said. "Pharma goes through cycles, and we just had a low on that side and now are going back on a high."

Drilling Down In Oncology

Hoos' top-priority is progressing BCMA through the clinic and regulatory process and onto the market, possibly as early as 2020, given that it has FDA breakthrough therapy designation and PRIME designation in Europe.

The 60% response rate seen in the multiple myeloma trial for patients treated with BCMA as a monotherapy was encouraging, he explained, given that the response rate in multiple myeloma trials for Johnson & Johnson's Darzalex (daratumumab) as a monotherapy was about 30%. (Also see "GSK's Oncology R&D Head: GSK2857916 'Proves We're Still Here And Serious'" - Scrip, 2 Nov, 2017.)

"Now the parallel development that needs to follow to maximize what this drug can deliver is to continue with monotherapy as we have started, add on standard of care combinations in earlier lines, so that is lenalidomide/pomalidomide, the drugs that are commonly used in those lines, and then start investigating novel combinations," Hoos said. "Those novel combinations could possibly change the treatment landscape in myeloma quite dramatically."

The first combination GSK plans to explore is BCMA in combination with Merck & Co. Inc.'s PD-1 inhibitor Keytruda (pembrolizumab). PD-1 has not been shown to be very active as a monotherapy in multiple myeloma, but it has boosted response rates in combination with Celgene Corp.'s Revlimid (lenalidomide), according to Hoos.

"I have the expectation that for BCMA, [which] is so active already on its own, that if you combine it with immunotherapy you might actually enhance the impact significantly and that would be different," he said.

Behind BCMA is a NY-ESO-1 cell therapy, developed under a partnership with Adaptimmune Therapeutics PLC, essentially a T-cell receptor genetically engineered to have a high affinity for a specific cancer target. (Also see "$350m Adaptimmune deal shows GSK still does cancer R&D" - Scrip, 2 Jun, 2014.) The therapy has shown encouraging response rates in early clinical trials in synovial sarcoma and multiple myeloma. GSK exercised its option on the drug last year.

"It is the first cell therapy that works in solid tumors," Hoos said. "We are now pushing that to go into different diseases."

Another clinical stage drug is an ICOS agonist in Phase I development as monotherapy and in combination with Keytruda, with data anticipated by the end of the year.

"Everybody is looking to what comes after PD-1. What is the next big checkpoint target," said Hoos. "I believe agonists like ICOS, OX40 or TLR4 could be important," he said, though their clinical properties are different so they may behave differently than a PD-1/L1 inhibitor.