Many global pharmaceutical companies are well launched on their digital marketing “journeys” to engage with customers, but most of their Indian peers are still only at the beginner’s stage, says a new EY report, warning this could have critical implications in an increasingly competitive market. 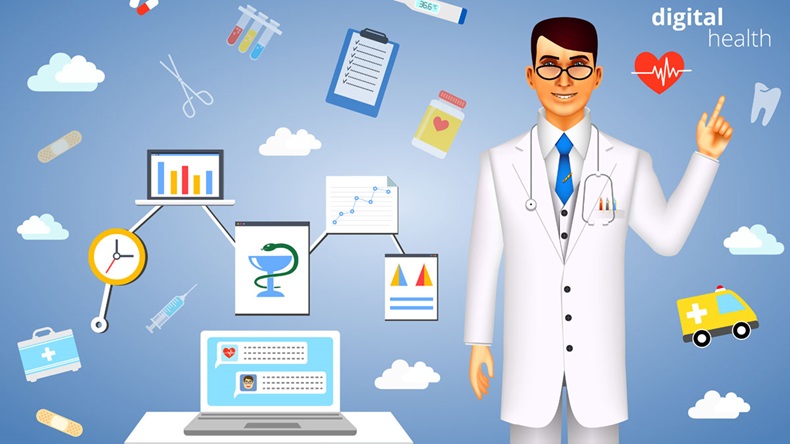 Big Indian pharmaceutical players employ armies of salesmen to sell their drugs. But using salesmen as foot-soldiers to get physicians to prescribe their company’s drugs is fast becoming an outdated marketing model, says a just-released EY report.

Digital disruption globally has shaken industries from music and retail to travel and since 2000 has led to 52% of Fortune 500 companies becoming bankrupt, being acquired or going out of business, the report warns.

The Indian government, under Prime Minister Narendra Modi, has been aggressively pushing digitization in all areas of the economy from banking and retail to taxation.

Still, most Indian pharmaceutical companies remain at the early stages of digital adoption even as worldwide drug companies are moving — albeit cautiously as they look at factors such as return on investment (ROI) — toward being “digital practitioners,” the global consultancy says. (Also see "As Digital Channels Grow In Importance, AZ, Lilly, GSK Seen As Key Engagers" - Scrip, 12 Jul, 2017.)

According to a five-point digital-maturity scale developed by EY, some 93% of Indian pharma companies fall into the early-stage category and are yet to develop any clear digital strategy and have limited digital channels to find and engage customers.

There are more than 600,000 medical sales representatives in India, according to industry estimates, and they have long been considered as being among the greatest assets of Indian pharmaceutical firms. There is always a clutch of young men with bulging briefcases in doctors’ consulting rooms, waiting for a chance to make their pitch.

Already, there are a host of online communities for sharing patient experiences, apps and sensors to monitor the impact of therapy on a patient’s daily life and data aggregation and analysis to generate insights into drug efficacy and safety. Experts say pharma companies must rapidly build their own digital capabilities if they want to remain the main source of authority on product performance. “Data needs to become the currency of marketing,” the report says.

Looking at the US experience gives an idea of how digital is transforming the way the healthcare industry does business. Nearly 70% of US consumers use an online channel to manage health and wellness, more than 50% of US healthcare providers are digital “omnivores” using three or more connected devices professionally, and one in five of the top pharma companies now has a chief digital officer or equivalent position, and many others are creating senior management digital roles, according to a recent McKinsey report. (Also see "Six Questions For McKinsey's Fox On Pharma's Digital Struggle" - Scrip, 28 Oct, 2016.)

Doctors May Lose Role At Center Of Drug Purchase Decisions

“The rules of engagement need to be redefined (in India),” says the EY report, which foresees the advent of “super consumers” and corporate hospital chains being at the core of drug-purchase decisions. The report suggests physicians’ role being “at the center of the pharma ecosystem may become a thing of the past.”

“Companies are getting FDA approval for their apps to help patients that will be a paradigm change in the way medicine is sold and practiced,” noted Shrinivasan. “You have an Alphabet (Google) working with GSK (to develop bio-electronic medicines)… That is totally disruptive.”

EY says 53% of Indian pharmaceutical companies are at the “beginners” stage with no digital marketing strategy at all in place and limited use of technology to capture interaction of sales representatives with physicians and other customers. A further 40% of companies have limited channels of customer digital engagement.

There are a just a few companies in what EY calls the “explorers” category, which have partly defined their digital strategies and are looking at ways to scale up to digitally link back-ends and front-ends and offer omni-channel interaction with customers.

Many of the key hurdles to digital advancement are not technological, but organizational, cultural and regulatory. In the EY report, 67% of the pharmaceutical executives surveyed cited “people resistance,” 80% cited lack of value proposition in solutions, 75% cited lack of authentic and sufficient data and 60% cited physicians’ mindsets and inertia as barriers.

“In our conversation with the companies, it was clear that they viewed making the move to digitization as very important… the technology, ambition and the desire is there. But there is a culture change that’s required. There are a number of barriers out there and they exist across the company hierarchy,” said Shrinivasan.

“The next three-to-four years will be crucial for companies to get out of their comfort zone and embrace disruption to avoid being disrupted… the strategic moves that companies make today will determine their survival,” the report says.