BIA Sees Some Hope For Regulatory Alignment After Brexit 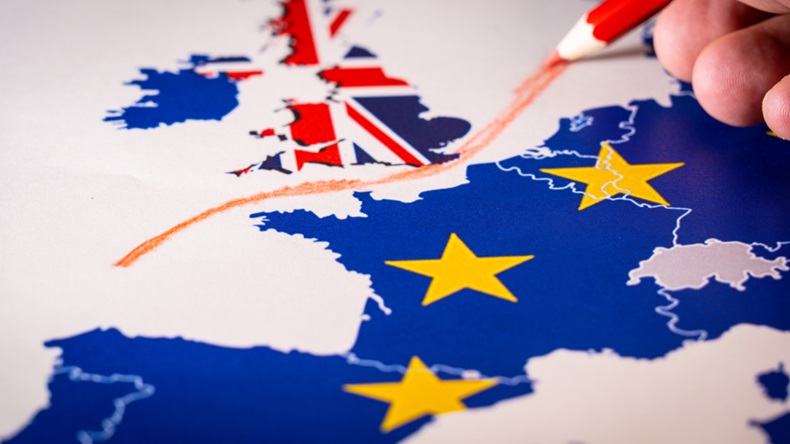 The UK BioIndustry Association has expressed optimism that some kind of protocol on continued alignment of medicines regulation could be negotiated as part a future UK-EU trade deal.

Speaking during the BIA’s latest Brexit webinar on 30 January, Michael Warren, the association's lead on Brexit and trade, said that briefings from the government over the past few weeks had made it clear that the government is still keen to hold to the position it took in the political declaration accompanying the Withdrawal Agreement, which is to “explore cooperation” with the European Medicines Agency.

Warren also noted that last week Lord Duncan of Springbank, a minister in the Department for Business, Energy and Industrial Strategy, had said the government had identified bodies in which they intended to remain active, including medicines. "So the government is holding to this position, which is good to hear."

The chancellor, Sajid Javid, subsequently indicated that there would not be any alignment, and that the UK “will not be a ruletaker,” but then backtracked and said that “where it is in the UK’s interests to align, it will align,” Warren added.

“It is absolutely in the UK's interests to align [with the EU] on medicines" – Michael Warren, UK BIA

The BIA “will be looking for the government to reinforce that position as we head into the negotiations” on the future UK-EU relationship, he said.

“We say it is absolutely in the UK's interests to align on medicines for the safety of patients, access to medicines, and the interests of our world leading life science industry,” Warren declared. “That does leave the door open potentially to a side-deal on prioritizing life sciences as a protocol to a broader free trade agreement.”

At this stage, the BIA's Brexit lead continued, “we can’t know for certain, but the BIA position is that the UK government promised this, it has been very clear this was its position, so we are going to continue to push for it. Let’s see where we get to. Clearly all options are on the table at this stage.”

The BIA, which represents life science companies in the UK, believes that any such protocol should ensure “maximum alignment” between UK and EU pharmaceutical laws, while allowing the UK to adopt new legislation. The protocol should provide for continued participation in, and cooperation with, the EU pharmaceutical regulatory regimes, bodies and networks. It should also ensure a level playing field with the EU member states so that UK companies do not face undue regulatory barriers in areas such as R&D, marketing, manufacturing, distribution, trade and pharmacovigilance.

The final stage in the UK’s departure from the EU was marked by a European Council decision on the conclusion of the Withdrawal Agreement on 30 January, following a vote by the European Parliament the day before.

The UK will leave the EU at 23.00 GMT today and will then be “considered a third country,” the council said. On 1 February a transition period will kick in, lasting until 31 December 2020, during which time the UK hopes to negotiate what prime minister Boris Johnson has described as a “comprehensive” FTA with the EU.

During the transition period, the UK will lose all representation in EU decision-making bodies, including the EMA, and will have no say in the drafting of any new legislation. However, it will remain in the EU customs union and single market, and will continue to be bound by EU rules. This means that the legislation and regulations governing the life sciences sector will remain as they are.

Anusha Panjwani of the UK government's Office for Life Sciences told the BIA webinar that during the transition period, in the life sciences area “everything remains the same except for the role of MHRA, which is diminished in the EMA.”

“All I can do is request a little bit of patience… the MHRA will be issuing [transition guidance] very shortly” – Anusha Panjwani, UK Office for Life Sciences

Warren noted the MHRA would no longer be part of the EMA or the EU regulatory network, although it would continue to have access to EU databases. “With permission from the EMA, the MHRA can continue to attend meetings if there is a UK interest, although it is not entirely clear whether they are going to be invited,” he declared.

Panjwani said the MHRA was updating its guidance on regulation in the transition period and was looking to issue it at the earliest opportunity. “All I can do is request a little bit of patience… the MHRA will be issuing this very shortly.”

As for what happens after the transition period, much will depend on the nature of the future relationship that is negotiated by the two sides. If the government sticks to its guns and refuses to extend the transition period – any request to do so would have to be made before the end of June – the two sides will have until 31 December to conclude and ratify a trade deal.

That leaves very little time for what will be a very complex set of talks. Following its vote, the European Parliament said: “Many speakers warned that the negotiations on the future relationship between the EU and the UK are going to be difficult, especially taking into account the timeframe provided in the Withdrawal Agreement.”

The substantive initial negotiations need to be completed by September or October. “We have a very, very tight timeline so your engagement and involvement will be appreciated,” Panjwani told companies listening to the BIA webinar.

She said the UK and the EU were expected to publish their respective negotiating mandates around the end of February, after which the talks would begin.

The government is holding its cards very close to its chest, and it is not clear what the UK will be looking for in the talks. How much detail will be in the UK’s mandate “is anyone’s guess,” Warren said. “The level of detail will be critical. It is really important that life sciences is prioritized as part of the negotiations."

There is, of course, a chance that the talks will not be successful, in which case the UK would leave without a trade deal at the end of this year and have to fall back onto World Trade Organization rules.

Assuming a deal is reached, new customs arrangements for goods traded between the UK and EU will apply from January 2021.

Panjwani said companies would need to make customs declarations to import and export to and from the EU because the UK will have left the EU’s customs territory. The government would be providing guidance on this, as well as more information about customs processes for trade between mainland UK and Northern Ireland (as per the Northern Ireland protocol), she added.

As well as customs procedures, it has been pointed out that there is also a chance companies will face additional barriers after the end of the transition period, simply because the government has reserved the right to diverge from EU regulations.

Law firm Greenbert Traurig observed that even if the UK ultimately decides not to diverge, “a free-trade agreement in which the UK has the legal right to diverge could still see businesses needing to meet double registration and licensing processes."

"This would be in addition to the increased customs formalities which the UK government’s intended future relationship will necessarily entail," the law firm said.