Biden, Germany And Bringing A National Drug Pricing Negotiation Process To US 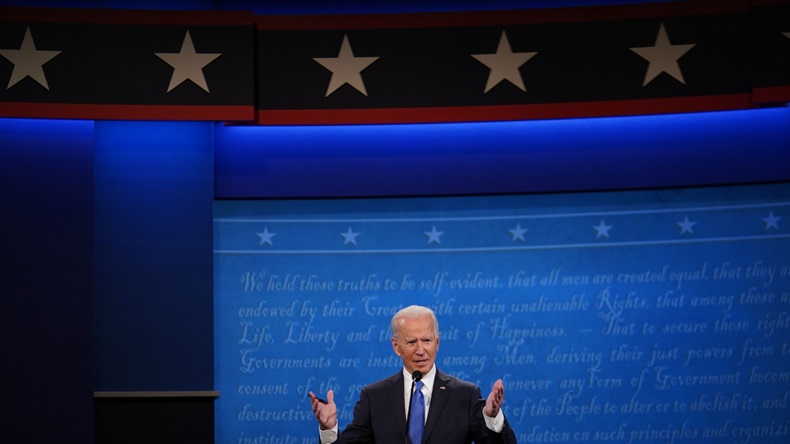 DURING THE FINAL PRESIDENTIAL DEBATE, BIDEN TALKED ABOUT MEDICARE NEGOTIATING WITH MANUFACTURERS, BUT ARE HIS PLANS FOR DRUG PRICING REFORM EVOLVING?

The final presidential debate on 22 October did not feature much discussion of Rx issues, but Joe Biden did note his pledge to have Medicare negotiate directly with drug manufacturers.

On the campaign trail, though, Biden recently signaled his interest in implementing a drug pricing negotiation program that is similar to Germany’s national system, which could significantly broaden his focus beyond government price negotiation in Medicare to encompass US commercial insurers as well.

Drug pricing policies listed on Biden’s campaign website do not refer to Germany but include rolling back the statutory prohibition on direct government price negotiation in Medicare Part D and a plan in which Medicare reimbursement for new specialty biologics with no competition would be based on a value assessment conducted by an independent review board.

Implementing a system modeled on the Germany program would be a significant undertaking and it’s unclear how feasible it would be. Attempts to recast the fragmented US drug pricing system in that way would require legislation. The likelihood that Congress would pass a bill, even if Biden wins, depends on whether Democrats gain control of the Senate.

But despite the uncertainties, it is worth considering what such a change might mean. The German program has gained admirers because it attempts to balance innovation with patient access and includes a collaborative process allowing manufacturers to weigh in on value determinations. It allows for drugs to be covered at launch and permits manufacturers to set prices freely for the first 12 months, while the process for assessing a drug unfolds. And patient cost sharing under the system is low.

Drug prices in Germany, which is the largest pharmaceutical market in Europe, tend to be higher than those in other European countries on a net basis (though still well below prices in the US). That may be why insurers take issue with some aspects of the program, claiming it is too accommodating to manufacturers. (Also see "German Insurers Want End To Free Pricing In Amnog Review" - Pink Sheet, 20 Oct, 2020.)

On the other hand, biopharma has found the types of information that the government can accept to conduct assessments is too restrictive, resulting in a significant number of conclusions that a drug offers no added benefit over existing treatments. That can help drive down the price ultimately negotiated.

Launched in 2011 under the Pharmaceutical Market Restructuring Act (abbreviated as AMNOG), the German approach is based on a centralized assessment of manufacturer dossiers and other information on new drugs, a determination of how much added benefit they offer, and negotiation on a national price.

The process is overseen by a legal public entity known as the Joint Federal Committee (G-BA). The committee governs physicians, providers and health insurance funds in Germany. The G-BA contracts with the non-governmental Institute for Quality and Efficiency in Health Care, known as IQWiG, for the dossier review and then makes a determination of value based on IQWiG’s assessment.

If a drug is shown to offer added value, the national organization representing insurers negotiates with manufacturers on a price. If no value is demonstrated, the drug’s price is capped at what is being charged for comparable drugs.

A National Health Technology Assessment Body For The US?

There is no official national HTA organization in the US now conducting assessment of prescription drugs to inform pricing decisions. As a result, payers rely on internal cost effectiveness assessments, in some cases technology assessments by groups like the Blue Cross Blue Shield Association and increasingly are consulting assessments by the Institute for Clinical and Economic Review.

The fact that ICER has gained traction among private payers, state Medicaid programs and the Department of Veterans Affairs suggests it could function as an IQWiG-like body in the US. “That is absolutely possible with ICER, or perhaps with a new government agency that performs work similar to what ICER currently does,” a spokesman for the organization told the Pink Sheet.

ICER uses a cost per QALY threshold of up to $100,000 to $150,000, which is considerably higher than the thresholds used abroad. The $100,000-plus threshold allows for higher prices to be considered cost effective in the US versus other international markets.

The fact that payers in the US rely on higher cost per QALY thresholds suggests Biden’s approach would allow for higher prices than the international reference pricing policies proposed by the Trump Administration or in legislation on drug pricing (HR 3) that has passed the House, a recent analyst note by Bernstein’s Ronny Gal suggests. Those policies would use foreign prices derived from lower cost per QALY considerations as a benchmark for Medicare reimbursement.

Gal acknowledged that it’s not clear what threshold would be used if a Germany-type program is developed in the US. But “to the extent the US retains the price differential in QALY vs Europe at roughly the current rates, the gap between US prices and European prices will largely be retained – some drugs will do better, others worse. However, there will not be a wholesale rating of US prices lower.”