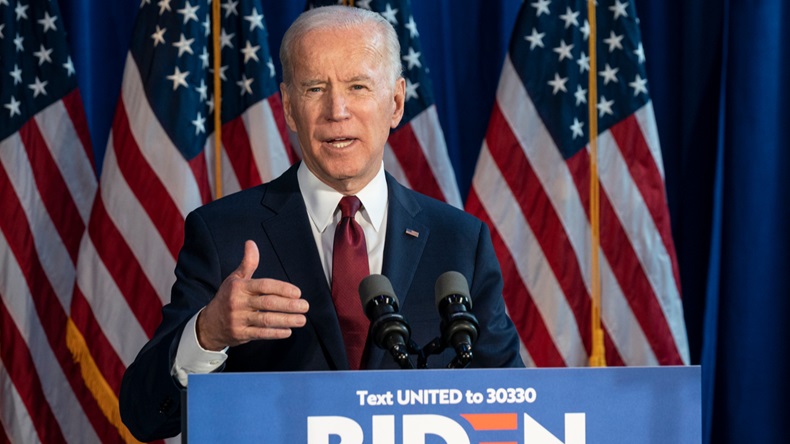 Considering the options in the 2020 election, the pharma industry would probably vote for a split ticket: Joe Biden for President and Mitch McConnell for Senate majority leader, an outcome that would eliminate mercurial executive tweets on drug pricing, but retain a congressional bulwark against damaging pricing legislation.

But a Biden presidency would bring with it the threat of aggressive executive action on drug pricing – assuming any of it is found Constitutional. (Also see "What Justice Ginsburg’s Death Means For Pharma" - Pink Sheet, 20 Sep, 2020.)

Possible administrative proposals are outlined in a policy paper on “How the Next Administration Can Lower Drug Prices,” released by the liberal-leaning Center for American Progress on 17 September.

The paper does not mention whose Administration could implement the policies. However, it could serve as a preview of early drug pricing actions that might be implemented by Joe Biden if he wins the White House, given the organization's ties to Democrats. CAP is closely associated with the Obama Administration and likely has the ear of former Vice President Biden. The think tank was founded by former Obama counselor John Podesta, and CAP president Neera Tanden worked for the Obama administration as a senior adviser for health reform at the Department of Health and Human Services.

The paper supports legislative action to implement “comprehensive" reforms such as the drug price “negotiation” plan outlined in House Democrats’ HR 3 legislation, which has passed the House but was rejected by the Republican majority in the Senate. The Biden-Sanders “unity platform,” released by the Democratic campaigns in July, includes several drug pricing policies that mirror HR 3. (Also see "Biden-Sanders ‘Unity Platform’: Moderate On Coverage, Extreme On Drug Pricing" - Pink Sheet, 16 Jul, 2020.)

However, the CAP paper suggests the next Administration “need not wait” for legislative action, particularly in light of the COVID-19 pandemic, and highlights two legal authorities that would allow for administrative action to appropriate patents in cases when pricing and access become a problem.

The paper suggests Gilead Sciences, Inc.’s remdesivir antiviral for COVID-19 presents such issues and would be a candidate for patent actions. (See sidebar for related story.)

As it grapples with pricing issues during the pandemic, the Administration should also experiment with new payment models under the auspices of the Center for Medicare and Medicaid Innovation to lower costs for drugs covered under Medicare Parts B and D, the paper proposes.

For Part B drugs, the paper urges revival of the demonstration proposed by the Obama Administration that would have changed the average sales price add-on for providers from 6% to 2.5% plus a flat fee and implemented a variety of value-based purchasing tools. The proposal was withdrawn in late 2016 after fierce opposition from providers, pharma and members of Congress. (Also see "Part B Demo Comments Overwhelmingly Negative, Uniform In Content" - Pink Sheet, 23 May, 2016.)

“There is good reason to believe that the ASP add-on reform in particular would have been helpful,” the paper maintains. “Switching to a flat fee would help incentivize providers to choose the appropriate drug rather than one that will result in a higher payout.” Furthermore, “this policy would encourage drug manufacturers to lower their prices as providers no longer prescribe their more expensive drugs.”

One “important potential demonstration” in Part D should involve reference pricing, or “establishing a single price across a group of drugs with similar characteristics,” the CAP authors advise.

The paper acknowledges that the Trump Administration recently released an executive order directing HHS to move forward with demonstrations testing an approach to Medicare reimbursement for Parts D and B drugs based on the lowest price paid by other nations. (Also see "Trump’s Drug Pricing Plan: The Headlines Are The Goal – But Also A Threat" - Pink Sheet, 15 Sep, 2020.)

But the authors are skeptical. “The executive order is not a substitute for decisive, binding regulatory action,” they say. “Instead of issuing unnecessary, nonbinding executive actions, the next administration should immediately undertake notice-and-comment rulemaking that targets the most expensive drugs and ensures patients benefit from lower drug prices.”