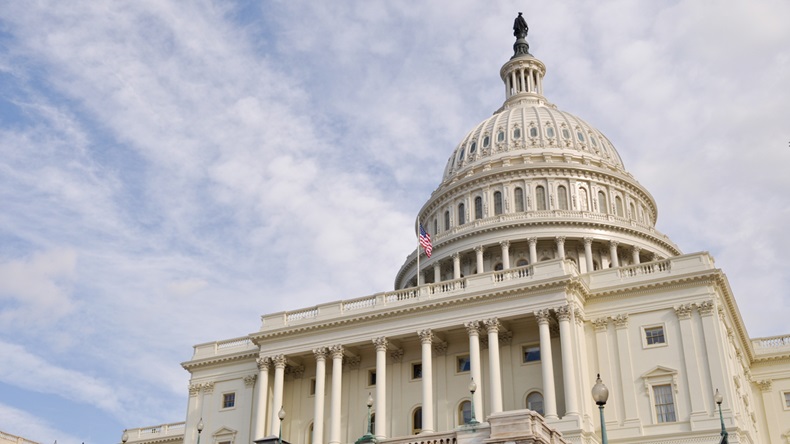 The controversy over Allergan PLC's transfer of Restasis patent rights to the Saint Regis Mohawk Tribe may have a silver lining for biopharma patent owners as it has spurred Congress to once again try to draft legislation to alter the inter partes review (IPR) proceeding.

Rep. Darrell Issa, chair of the House Judiciary Committee's subcommittee on Courts, Intellectual Property and the Internet, noted the subcommittee's intent to craft a bill during a Nov. 7 hearing on sovereign immunity and the IP system.

Issa, R-Calif., and other members of the subcommittee were critical of Allergan's deal with the Tribe and it appeared they were looking for a legislative fix to prevent such arrangements. Issa suggested that the focus of legislation will be on the process for adjudication of patents.

"We are not discussing, I hope, the question of whether the Tribe did something wrong or whether we need to change sovereign immunity," Issa said.

In September, Allergan transferred rights to four Restasis (cyclosporine) patents to the Saint Regis Mohawk Tribe. Under the deal, the Tribe received $13.5m upfront and is eligible to receive $15m in annual royalties. In exchange, it agreed to claim sovereign status to get an IPR proceeding challenging the Restasis patents dismissed ty the US Patent and Trademark Office's Patent Trial and Appeal Board. (Also see "Allergan Shifts Restasis Patents To Native American Tribe To Invoke Immunity From IPR" - Pink Sheet, 9 Sep, 2017.)

The subcommittee heard testimony from three witnesses who oppose the Allergan deal, including William Jay, a partner at Goodwin Procter who testified on behalf of the Association for Accessible Medicines, and one witness, Philip Johnson, former senior VP and chief IP counsel at Johnson & Johnson, who voiced the pharmaceutical industry's concerns about the IPR process. Issa said the Mohawk Tribe and Allergan had been invited to attend the hearing and declined.

In a statement issued after the hearing, Allergan said, "We are pleased to see that Congress is engaging in a productive discussion on the inherent issues in and potential reforms of the IPR process. The particular biases of the witnesses, as well as the organizations and firms that they represent, were clear. Generally, the commentary and questions from the subcommittee were thoughtful."

Subcommittee members asked the witnesses what Congress could do to address the Allergan deal. They repeatedly alluded to Judge William Bryson's ruling on the Restasis patents in which he said Allergan had paid the tribe to allow Allergan "to rent" the Tribe's sovereign immunity in order to defeat the IPR proceedings. Bryson, sitting by designation on the US District Court for the Eastern District of Texas from the US Court of Appeals for the Federal Circuit, ruled that the patents are invalid. (Also see "Allergan May Rue Mohawk Tribe Deal As Court Invalidates Restasis Patents" - Pink Sheet, 16 Oct, 2017.)

Issa told Johnson that some of the people he may be speaking for "went out of their way to kill Mr. Goodlatte's bill" because Goodlatte and many others would not carve out pharmaceutical and biotech industries from the PTAB process. He said one of the reasons they were unable to find an effective alternative to an outright carve out had to do with the "double standard" of the Patent Trial and Appeal Board and district courts and the assertion that PTAB judges may not be experts in the field.

"What I would like you to do for the record, individually or as part of a group, is to look at various off-ramp possibilities that could bring the experts back in," Issa said.

Johnson, now an independent consultant and a member of the board and executive committee of the Intellectual Property Owners Association, responded that "as long as the standards for finding invalidity are lower one place than the other you are not going to get agreement because the people who see themselves as infringers will want a lower standard and the patent owners will want the higher standard."

Issa said he is concerned about the process for amending patent claims in an IPR proceeding. He noted that in voting for the America Invents Act of 2011, which established the proceeding, Congress gave PTAB the ability to accept amended claims, which he said they have almost never done.

The US Court of Appeals for the Federal Circuit issued an en banc ruling last month in Aqua Products Inc. v. Matal which may make it easier to make claim amendments. The court held that patent owners do not have the burden of proving the patentability of amended claims in these proceedings. (Also see "IPR Battles Could Become Easier For BioPharma Patent Owners" - Pink Sheet, 5 Oct, 2017.)

Issa said an important question for the subcommittee to address in legislatoin is the date on which a new claim can be litigated.

"We would like to find ways to take what we have and find something that would be agreeable between the parties and even better," Issa stated.

He closed the hearing noting that the Eleventh Amendment, which gives states immunity from being sued in federal court by its own citizens or citizens of another state, does not apply in this situation. In writing legislation, "we will make the assumption that if the decision is a decision of the federal government it is binding on the states and on Indian tribes equally as to what the federal government's position is not withstanding the litigants on either side," Issa said.

It is uncertain if Allergan's transfer of patent rights to the Tribe will halt the inter partes review of the Restasis patents. The Tribe filed a motion with PTAB on Sept. 28 requesting dismissal of consolidated IPR proceedings filed by Mylan NV, Teva Pharmaceutical Industries Ltd. and Akorn Inc. The Tribe argues that it is the patent owner and that as a sovereign government it cannot be sued unless Congress unequivocally abrogates its immunity or the Tribe expressly waives it.

On Oct. 5, Sen. Claire McCaskill, D-Mo., introduced a bill to abrogate the sovereign immunity of Indian tribes as a defense in inter partes review of patents. The two-sentence measure does not provide any details beyond a blanket prohibition on the use of a tribe's sovereign immunity in such proceedings.

The Board is carefully considering the issue. In an unusual move, PTAB issued an order Nov. 3 permitting parties to file amicus briefs on the Tribe's motion to terminate the IPR proceeding. Briefs are to be filed by Dec. 1 and the parties' responses are due Dec. 15. The Board adjusted its deadline to enter a final written decision on the Restasis patents to April 6, 2018.

The Board had previously denied a request by the Association for Accessible Medicines to file a brief. At that time, the Tribe's counsel said other tribes should be permitted to file a brief if AAM was permitted to do so. PTAB subsequently received a request to file an amicus brief from the High Tech Inventors Alliance, whose members include Amazone.com Inc., Cisco Systems Inc. and Google Inc.

"Given that the Tribe's motion presents an issue of first impression for the Board and that the parties' briefing on the motion is complete, we are persuaded that briefing from interested amici curiae is now warranted in these proceedings," the order states.