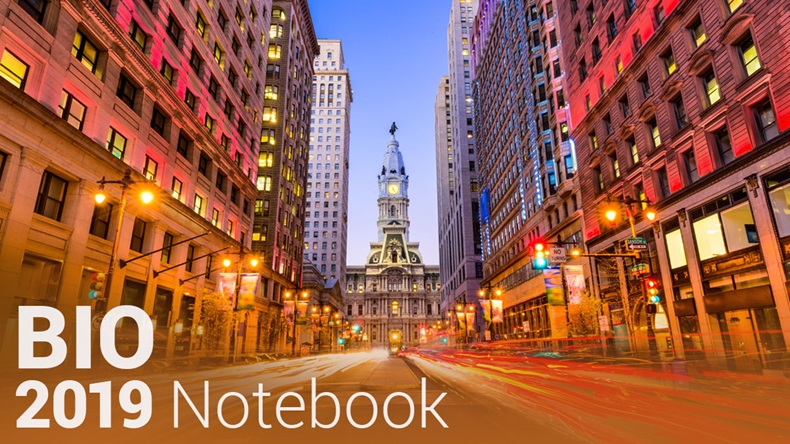 FDA’s Sharpless Riled Up About Focus On Zolgensma Pricing

During his first two months on the job, US Food and Drug Administration acting commissioner Ned Sharpless generally has come across as unflappable in his public appearances. However, press coverage of the approval of Novartis AG’s gene therapy Zolgensma (onasemnogene abeparvovec-xioi) for spinal muscular atrophy (SMA) has got him riled up.

Following the agency’s 24 May approval, many of the headlines focused on the therapeutic’s $2.1m price tag, as well as Novartis’ annuity-like payment model, under which the therapy would cost $425,000 annually for five years. (Also see "It's Official: Novartis SMA Gene Therapy Zolgensma Is World's Most Expensive Drug" - Scrip, 24 May, 2019.)

“This is a completely novel, like almost magical medical miracle that ends a devastating disease for lots of little kids, and the thing you care most about is the price?” – FDA’s Ned Sharpless

All this focus on price is missing the point, Sharpless said during a fireside chat at the BIO International Convention in Philadelphia on 4 June.

SMA is a “devasting pediatric neurologic syndrome,” Sharpless said. “I was a little disappointed in the coverage of that, that the focus was on the $2.1m price tag.”

“This is a completely novel, like almost magical medical miracle that ends a devastating disease for lots of little kids, and the thing you care most about is the price? I mean, really,” he continued. “If you’re so cynical you can’t see how wonderful and great that is and what an advance that is, then you need to sort of re-wear your happy hat.”

Although prices of novel technologies such as CAR-T therapies and gene therapies are “shockingly expensive” right now, they should come down with manufacturing process improvements, Sharpless said, providing a little historical context.

“When we first made penicillin, it was so expensive to make they would filter the urine of the people who had taken it and crystallize it,” he said. “We got better at making penicillin eventually. It’s not so hard to make anymore.”

Later in the conversation, Sharpless once again grew animated on the subject of Zolgensma pricing when the mother of an eight-year-old SMA patient whose medical costs likely already have exceeded $3m asked why the focus has been more about the gene therapy’s price and not the clinical benefits. “What this does [is] it affords these babies to achieve average childhoods and over the long term save money, but that’s not being conveyed,” she said. “Where do you see the chance of economic impacts in the future to make that point?”

“You can sense my frustration on this topic,” Sharpless responded. “I’m with you. I think the messaging got lost.”

He then drew upon a biblical analogy to make his point.

It’s “probably like at that wedding that Jesus was at where he turned water into wine. There was probably somebody saying, ‘Hey you know, I wanted chardonnay. This is red wine,’” Sharpless said to peals of laughter in the room. “I almost feel like it’s that reaction.”

“I’ve been working my whole career to see these kinds of medical miracles take place, and to have it just sort of be discounted, that bothered me.”

Although the FDA does not make approval decisions based on cost, the attention to drug pricing may take some getting used to for Sharpless, who previously was director of the National Cancer Institute at the National Institutes of Health.

“At the NIH, we didn’t really worry about the concept of value for the patient or value for the consumer,” he said. “Whereas at the FDA that is an issue, so the FDA can do things like incentivize generic drug approvals to control drug costs.”

During a session on M&A valuation strategies at the BIO International Convention on 4 June, Takeda Pharmaceutical Co. Ltd.’s Evan Lippman said his company’s internal view of the value of its $5.2bn acquisition of Ariad Pharmaceuticals Inc.in 2017 probably differs from the way other biopharma companies and industry analysts see it.

When the deal was unveiled in January 2017, some questioned the wisdom of paying an 89% premium ($24 per share) for the Cambridge, MA-based oncology firm, whose lone commercial product, leukemia drug Iclusig (ponatinib), had produced sluggish sales to that point. (Also see "Takeda Acquires Ariad In $5.2bn Deal – US Infrastructure A Key Component?" - Scrip, 9 Jan, 2017.)

Takeda’s first priority in M&A is therapeutic fit, said Lippman, Takeda’s head of corporate development and business development finance. Beyond the transformational merger with Shire PLC, Takeda looks for partnerships and bolt-on acquisitions in its core therapeutic areas of oncology, neuroscience, gastrointestinal disease and rare diseases, he said. That’s part of why Ariad made sense for Takeda in a way that was not immediately apparent to many outsiders.

“With the platform that we bring to the table, we will look at a structure, whether it’s tax-oriented, business-oriented or from an upside – take Ariad as an example,” Lippman told the session. “I think we had a certain set of expertise we brought to the table. We believed in those pipeline products as well as the ones that are about to launch on the market and we thought we could do very well there, in what I’d say was an outsized expectation relative to the market. And I think we’ve proven that.”

“We’re more than willing from an early stage all the way until late stage to be investing, working with companies in order to fund the ecosystem, give them access to our individuals to make their programs better and then go off and let them be great,” he explained. “And then, if that program continues to proceed, we both share in the upside potential of that. If at the right time, like we did with TiGenix, that program looks to be opportunistic for us to bring in house, we can go an M&A route to do so.”

Lippman added that the $62bn combination with Shire was a departure for Takeda in more ways than one. (Also see "Takeda Grabs Shire At Last After Long Pursuit" - Scrip, 8 May, 2018.) Not only was it a transformational M&A transaction for a company more comfortable with smaller, bolt-on deals, but it required significant financial creativity to be finalized, he said.

“It’s probably lost on some people, but Shire, that’s the first time a Japanese company issued shares to acquire a company ever,” the exec noted. “It’s the first time that a UK company received US dollar denominated interest in currency instead of British pounds for shares. We worked a particular type of exchange mechanism to make that transaction happen.”

The US FDA’s staffing need to deal with the influx of cell and gene therapies will be a topic for discussion in the next round of prescription drug user fee negotiations, Center for Biologics Evaluation and Research Director Peter Marks told BIO.

CBER’s cell and gene therapy workload is growing very quickly, Marks said during a 4 June FDA Town Hall. “I think as we move towards the next set of user fee agreements, we’re going to be trying to think creatively about how you have to think in real time about staffing up when you’re on a very steep part of the growth curve.”

A year ago, Marks predicted CBER would soon face a growth spurt to deal with the burgeoning product area. (Also see "US FDA's Biologics Center Director Expects It Soon Will See 'Growth Spurt'" - Pink Sheet, 2 Jul, 2018.) In January, the agency announced plans for the biologics center to add up to 50 new reviewers in the coming years. (Also see "Shutdown Bite Tightens At US FDA, But Gene Therapy To Get 50 More Reviewers" - Pink Sheet, 15 Jan, 2019.)

The FDA received more than 200 investigational new drug (IND) applications in 2018 for cell and gene therapies, almost double the number from 2017. Marks said the 2019 tally is likely to grow as well, perhaps by as much as 50%.

“I could easily see needing to staff up by 50% in the next two years over our current levels because of the growth.” – FDA’s Peter Marks

He compared CBER’s current workload in the emerging area to the early phase of bacterial growth, “when the shaker flask is still clear but you know the bacteria are still growing, and then in about an hour later it turns really cloudy. We’re at the point where we kind of know that within one-to-two years it’s going to be really cloudy in the shaker flask, and so we have to figure out a way to get people on board.”

Proactively hiring ahead of the deluge is important to ensure adequate time to get new staff up and running, Marks said.

It takes one-to-two years to train new employees so that they can handle a meeting with a sponsor seeking development advice, Marks pointed out. “We want the people meeting with you to be giving you good advice and tell you the right answers,” he said. “It takes a little while to train them to get there. That means we’re going to have to figure out a way to start bringing people on board, and it may mean that initially we might seem a little overstaffed.”

In addition to the increasing IND load, it’s only a matter of time before some of those INDs start turning into biologics license applications, “which are large review issues because then we’re reviewing the chemistry, manufacturing and controls portions of these files,” Marks said.

“We’re going to be having to really bulk up there, so it will be a challenge,” he said. “I think we’ll have to think proactively. I could easily see needing to staff up by 50% in the next two years over our current levels because of the growth.”

Marks made a pitch for people currently working in industry to considering joining the FDA staff.

“We value the people we get from academics, from graduate programs,” he told the audience. “It’s just that it takes us longer to get those people up to speed. Industry people tend, I’d say in this area, to come up to speed a little bit faster.”

The Aerobic Benefits Of BIO 2019 Continue

In our day one Notebook, we noted that the layout of the Pennsylvania Convention Center, which crosses over and includes meeting rooms on both sides of 13thStreet, created some confusion for delegates and caused some delays in getting to scheduled appointments and meetings. (Also see "BIO 2019 Notebook: Merck; Out-Licensing Deals; RMAT" - Scrip, 3 Jun, 2019.)

We suppose there is another way to look at it, however. Attendees confirmed during day two of the meeting on 4 June that they were getting an excellent workout from walking from session to session – one delegate who normally works from home even enthused that she had met her daily steps goal on her Fitbit during the first day of BIO 2019.