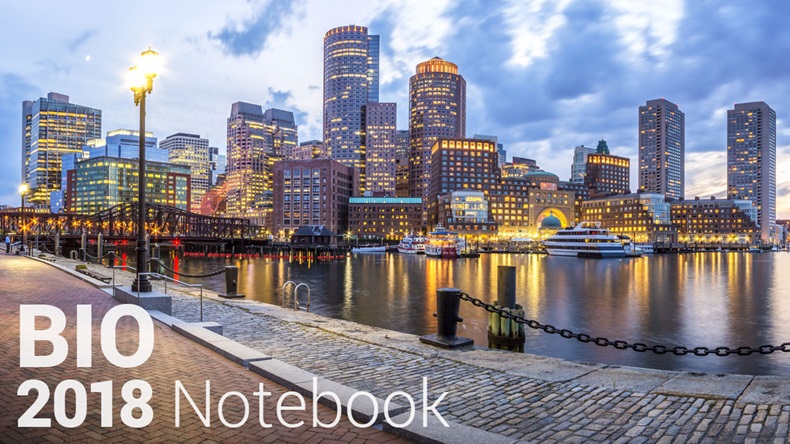 The offshore revenue big pharma was able to repatriate under last year’s tax reform legislation so far has not translated into increasing M&A activity, and Ovid Therapeutics Inc. CEO Jeremy Levin asserts that’s a lost opportunity for the biopharmaceutical industry.

That was among the highlights of a wide-ranging conversationScrip had with the former Teva Pharmaceutical Industries Ltd. CEO during the second day of the 2018 BIO International Convention in Boston. Levin added that he hopes the boards of biopharma companies that benefited most from tax reform will bring about changes before the recaptured revenue is gone. (Also see "Q1 Was Slow For Deals, But That Could Change With One Big Transaction – PwC" - Scrip, 27 Apr, 2018.)

Asked June 5 to assess the current deal-making environment for the industry, Levin said "tax reform has not done what it should have done. I am very concerned by this.”

Instead of using the tax reform windfall to drive R&D pipeline growth and consolidation, so far large pharma companies have used the cash for to buy back shares of their own stock, he noted. That was not the intent of the policy change, the exec suggested. (Also see "How Is Pharma Spending Tax Savings? Not On Drug Pricing, Sen. Booker Says " - Scrip, 10 Apr, 2018.)

“So, I fear that [rather than] what was a very good move to strengthen the capital base that would allow for M&A to take place, you have instead a simple way of rewarding short-term compensation for the management teams who are doing this, short-term [consideration] for the shareholders and not long-term [benefit] for the industry,” said Levin, who will chair BIO’s 2019 conference.

Now, corporate boards need to rethink how they go about allocating their capital, he counseled.

“That allocation can derive huge benefit if they decide to acquire smaller companies, recycle the capital to the innovative investors who are actually trying to build new products, build new R&D,” Levin concluded. “They’ve not done that. They need to do that. And I would regard that as being a critical component, both as a small company CEO and as one who [as a large pharma executive] has looked at how you use capital. So the outlook, unless that changes, [is that] we’ll see tactical acquisitions all over the place,” instead of focused, strategic transactions.

Patient-focused drug development should not end with a therapeutic’s regulatory approval but, rather, will become an increasingly important element for securing reimbursement in the US, one patient advocate predicts.

Isabelle Lousada of the Amyloidosis Research Consortium (ARC) said the collection and analysis of patient-experience data should not be viewed as merely a step on the way to drug approval, during a June 4 panel discussion on FDA, industry and advocacy group efforts around patient-focused drug development (PFDD).

“What happens in real-world situations? For payers to reimburse, we need to understand that." – Isabelle Lousada of the Amyloidosis Research Consortium

“It doesn’t end with regulatory,” said Lousada, the founder, president and CEO of ARC.

“I have done a lot of work in Europe, and I now live here and work, and I see that the [US] model is going to become more like it is in Europe, where understanding what the value of the therapy is becomes really critical,” she said. “What happens in real-world situations? For payers to reimburse, we need to understand that. And, as we move forward, I think it becomes really critical that … we start to bring in real-world evidence.”

Proactively bringing patient-experience data and real-world evidence into the reimbursement picture can help prevent situations where a drug is approved, but reimbursement presents a hurdle to access, Lousada suggested.

“I think there are a number of reasons that we need to think of this as something much more than a movement of checking the patient-friendly box, and really understand that this is a vital step in developing the right treatments for patients and getting them reimbursed and to patients in a timely manner,” she said.

During the same session June 4, Meghana Chalasani, an operations research analyst in FDA’s Center for Drug Evaluation and Research (CDER), provided an update on the agency’s PFDD guidance development efforts under the 21st Century Cures Act and the sixth iteration of the Prescription Drug User Fee Act.

“If you’ve seen FDA guidances in the past, these are going to be very different from them, very unique. They have a broader audience." – Meghana Chalasani, CDER analyst

The PFDD guidance documents are “very strategic in the way that they were laid out and they’re really going to help stakeholders learn FDA’s thinking on how to collect and submit patient-experience data, and other relevant information, from patients and caregivers for medical product development and decision-making,” Chalasani said.

“They’re going to focus on practical approaches and methods. Lots of examples,” she continued. “If you’ve seen FDA guidances in the past, these are going to be very different from them, very unique. They have a broader audience – not just guidance for industry, as typical FDA guidances – [they’re] going to be for other stakeholders as well as FDA staff. There’s going to be a lot more color, and a lot of plain language that everyone can kind of partake in the process. Because for patient-focused drug development, it’s definitely the whole ecosystem.”

Alnylam’s Maraganore Does The Math

As RNA-interference pioneer Alnylam Pharmaceuticals Inc. prepares to turn the corner into a commercial company pending approval of its first product, patisiran for hATTR amyloidosis, CEO John Maraganore reflected on the amount of money his company has raised and invested over 16 years.

Alnylam has outlined further data and analyses from the Phase III APOLLO study supporting the use of its selective interfering RNA agent, patisiran, as it nears the market for the treatment of hATTR amyloidosis.

It’s been a long haul and required investors with a certain kind of mindset, he indicated during a June 5 conference session discussing the state of biotech financing and deal-making.

Having gone public through a 2004 initial public offering in which Alnylam took a haircut of about 50% and had to place nearly one-third of its shares with venture capital firms, Alnylam last year raised roughly $1bn as it neared the first RNAi product approval. [See Deal] Over its history, the biotech has raised about $4bn and spent about $2.5bn of that, he noted.

“That’s what it takes, 16 years of taking raw science and advancing a whole platform that’s now at the cusp of commercialization,” Maraganore said. “It takes a lot of capital and, you know, we’re not going to be profitable for another few years or so … but we still have [approximately] a billion to invest. Our R&D budget is around $750m a year so this is just a very capital-intensive business.”

Looking ahead, if the current environment of plentiful capital for biotech is to continue long-term, the sector will need to continue with the quality of science and innovation occurring now, Maraganore cautioned. “There will be sustainability around capital-raising for the industry, as long as we continue to create transformative medicines for patients,” the exec said.