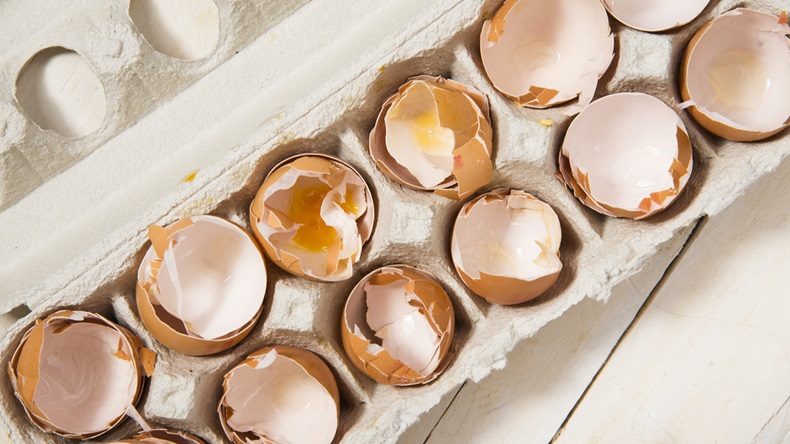 The US Food and Drug Administration has served Indian biotech leader Biocon with 12 observations over three units at its Malaysia plant where the firm will produce its insulin glargine, expected to take on Sanofi’s best-selling Lantus drug in the US. But Biocon’s managing director Kiran Mazumdar-Shaw said the FDA observations were “largely procedural” and the problems stemmed from “silly human errors” that can be swiftly rectified.

Biocon, which has one of the biggest global biosimilars portfolios for diabetes, oncology and immunology, added that it did not expect any changes to its marketing plans for its rival to Lantus, which has not yet received FDA approval.

Biocon launched its insulin glargine in the Indian market in 2009, in Japan in 2016 and in the EU in 2018. It has also been approved in Australia, Russia, South Korea and more than two-dozen other countries. The firm is aiming to launch its glargine drug, a subcutaneous once-a-day injection used to treat type-1 and type-2 diabetes, in the US by March 2020.

The FDA issued the observations after its inspectors carried out a two-week pre-approval inspection, known as a PAI, at Biocon Malaysia’s insulin-glargine drug-substance, drug-product and device-assembly facilities in Malaysia in late June and early July. The PAI involves investigating and approving processes for manufacturing a product the company will market in the US and is required for drug approval.

“The inspection across these three units concluded with 12 observations issued on the Form 483,” Biocon said in a statement which gave no details about the observations. A Form 483 notifies a company of “objectionable conditions” found during an inspection.  “We will respond to the FDA with a corrective and preventive action plan and are confident of addressing these observations expeditiously,” Biocon said.

Mazumdar-Shaw told Indian television business channel CNBC on 8 July the observations were “largely procedural in nature and are easily addressable.” Biocon is working on making its quality-management system “paperless” to eliminate “so-called procedural non-compliances” that are more likely to happen using a paper-based system, she said.

“We are in the process of implementing a paperless software-based digital quality-management system and we’ll be doing it very expeditiously,” Mazumdar-Shaw said. “Therefore, I’m confident we can address many of these procedural observations, which are in the nature of silly human errors,” she added. “We will work with the agency and resolve all these observations comprehensively,” she said.

The FDA inspection had produced no data-integrity concerns. Discussing FDA approval of Biocon’s insulin glargine, Mazumdar-Shaw said “we are well set to be on the track of commercialization… and we believe we will not see any delay in commercialization plans.”  Due to patent litigation in the US, approval of the biosimilar Lantus is subject to a 30-month stay which extends to March 2020, unless Biocon and development partner Mylan achieve an earlier court victory.

Biocon, headquartered in the southern Indian city of Bengaluru, and US-based Mylan formed a partnership back in 2009 to develop and market a slew of complex biotechnology-based drugs. Sanofi filed a lawsuit in October 2017 against Biocon’s partner, Mylan. alleging infringement of 18 patents which triggered the automatic 30-month stay.

This marks the second time the FDA has rapped the Malaysian plant. Back in February 2018, the first pre-approval inspection of the plant led to a Form 483 containing six observations that were resolved. Then, last June, the FDA issued a Complete Response Letter (CRL), seeking clarifications from Biocon and Mylan about their plans to change the manufacturing site for glargine from Bengaluru to a new facility in Malaysia submitted under the 505(b)(2) ‘follow-on’ regulatory pathway. At the time, Biocon said it would “provide additional clinical data in support of the manufacturing site change from Bangalore to Malaysia,” and added that the CRL had been anticipated and was built into its US approval plan.

New Entrant From Biocon and Mylan Will Face Strong Competition

There is already competition in the market for Biocon and Mylan’s new insulin offering, against the backdrop of a worsening pricing scenario amid FDA efforts to spur competition. There is huge political pressure in the US to reduce insulin prices with many patients skimping on or skipping doses because they can’t afford the high prices.

Eli Lilly-Boehringer Ingelheim launched their rival to Lantus, Basaglar, in 2016, after concluding a patent settlement deal with Sanofi. While Lantus still dominates, Basaglar has become a significant rival, introducing heavy price cuts and supplanting Lantus in formularies of big distributors like CVS and United Healthcare.

The Basaglar 505(b)(2) hybrid is tracking towards becoming a billion-dollar blockbuster. (Also see "Accord And Aspire Beat Bimatoprost Patent In The UK" - Generics Bulletin, 8 May, 2019.)

Along with Mylan and its partnership with Biocon, other US drug-makers also are tying up with lower-cost drug companies in China to make biosimilar insulin versions.

All these developments have resulted in analysts now questioning whether the pricing pressures mean Biocon’s insulin glargine will be the big earner in the US that the company initially expected. In late 2018, Samsung Bioepis said it was exiting the market for the product in the US after its partner Merck ended a development agreement for a follow-on insulin glargine product. Merck said it decided on the exit after evaluating pricing environment and other US market factors.  (Also see "Merck Steps Out Of Insulin Glargine Market, But Says It Remains Committed To Biosimilars" - Scrip, 11 Oct, 2018.)

While insulin prices have fallen, there are still billions of dollars at stake. Sanofi's total sales for the 12 months ending 31 October 2018 were around $2.14bn for Lantus 100 units/ml and about $4.39bn for Lantus SoloSTAR, according to IQVIA data.  (Also see "Biocon Staying Firm On Insulins Path, Including Glargine" - Generics Bulletin, 26 Oct, 2018.)

Biocon chief financial officer Siddharth Mittal told analysts in the firm’s fourth-quarter earnings call that the company is ramping up insulin sales in emerging markets and “over the next one-to-two years, the big growth driver there is glargine.” The firm reported net profit for the financial year to 31 March 2019 that soared by 143% to INR9.1bn ($131m) on revenue that climbed by 31% to INR56.59bn. (Also see "Biocon Biologics Reaches Landmark Sales Figure As IPO Beckons " - Generics Bulletin, 2 May, 2019.)

“Mylan has already launched glargine in Europe, though it’s early days,” Mittal noted. “We definitely expect to ramp up over the one-to-two-year period… and glargine in the US, once we get the approval... will be the big growth driver both in terms of value and volume for Malaysia,” he said.