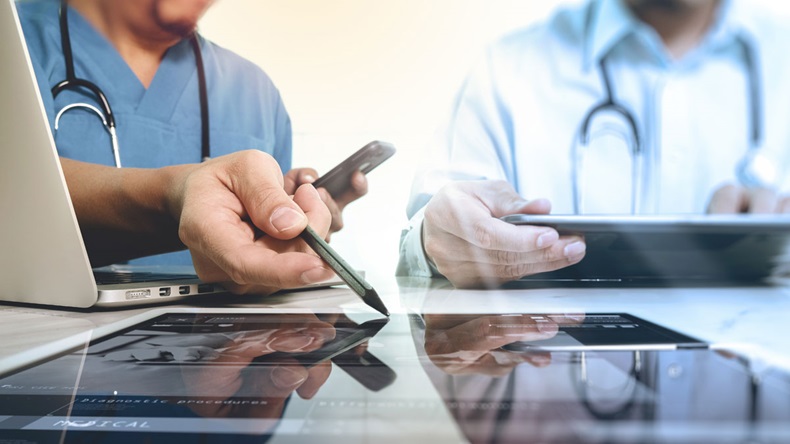 Biogen CMO Alfred Sandrock has told a London neuroscience forum that constraints impeding CNS drug development include the fact diagnosis needs to be done earlier but that barrier could be mitigated in future by digital health solutions such iPhones used as "early warning" diagnostics, notably in Alzheimer's Disease.

"For Alzheimer's, even thirty years before the disease starts, the process begins, and the idea is that there will be subtle changes that your iPhone can detect – symptoms that you or your spouse may not detect but which your iPhone may. So, you'd get a blood test and that would indicate you have a high likelihood of the disease process going on in the brain," Sandrock told specialists attending the World Neuroscience Innovation Forum in London March 27.

PET Scans For Everyone "Impossible"

Scanning the entire population to detect amyloid plaques in the brain would be impossible, and alternative diagnostic solutions are essential, Sandrock, who has been Biogen's CMO since 2012 and on the group's executive committee since 2015, told the forum – held at London's new Francis Crick Institute.

"For Alzheimer's, even thirty years before the disease starts, the process begins, and the idea is that there will be subtle changes that your iPhone can detect, symptoms you or your spouse may not detect but your iPhone may." - Biogen CMO Sandrock

"You can't do amyloid imaging [PET scans] for the whole population. It's just not feasible for such a common disease. So you need to have a way of recognizing who needs the amyloid imaging, or who needs a lumbar puncture [during which pressure is measured and samples of cerebrospinal fluid (CSF) are taken from inside the spine.]," he said.

"Hopefully we'll have better tools by then. But that diagnostics could either be definitive on its own or it might have a high sensitivity and low specificity and you may need to then go on to some sort of imaging or to the CSF approach. And the question will not be whether or not you have Alzheimer's perhaps, but rather which proteinopathy [neurodegenerative disease caused by a malformed protein] or complex of proteinopathies."

"I suspect one day – given that many of us already have iPhones – these devices will be used as early detection of disease and, for example, indicate when we need to go to a doctor to get a blood test."

He noted that genetics point to amyloid being an initiator of Alzheimer's Disease, but that the process starts decades before the condition is detected.

"For Alzheimer's, even thirty years before the disease starts, the process starts, and the idea is that there will be subtle changes that your iPhone can detect – symptoms you or your spouse may not detect but your iPhone may. So, you'd get a blood test and that would indicate you have a high likelihood of the disease process going on in the brain," Sandrock said.

Unless these test become much simpler but maintain a high degree of sensitivities and specificity, "we're going to need to go to those tests such as PET scans and CSF tests] ultimately. What we need is a funnel – a way to figure out who gets those tests, and it may start with the iPhones," he concluded.

"We have wonderful anti-amyloid studies being conducted at the moment, like the A4 [Anti-Amyloid Treatment in Asymptomatic Alzheimer's Disease] http://a4study.org/about/ and A5 study. And we can start to test these drugs pre-symptomatically and my understanding is that the regulators are allowing for the use of Cognitive Assessment Batteries (CAB) to show efficacy. But I think that, when people 100 hundred years from now look back at us, they'll consider us as being barbarians who were doing the equivalent of trying to fix a fine Swiss watch with a hammer and plyers. We use very blunt instruments as therapeutics."

The overall goal of the A4 study which he alluded to aims to test whether decreasing amyloid with antibody investigational treatment can help slow the memory loss associated with amyloid buildup in some people. In the A5 study, people ages 60 to 85 years who have plaques but don't have dementia symptoms will be randomly assigned to get either a beta-secretase inhibitor – an oral drug designed to prevent additional amyloid plaques from developing – or placebo. 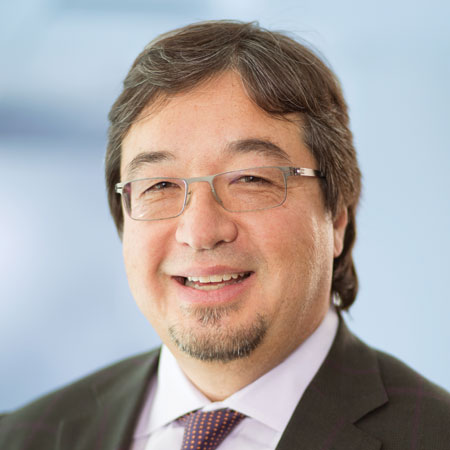 "Firstly, you can't measure blood and by that know what's going on in the brain. So it's very difficult to measure target engagement or biological changes produced by your drug."

"I'm always jealous of the immunologists – they can just draw blood and look at target engagement, percent saturation and even look at the biological changes that you want – can't do that very well in the brain. Although with CSF (cerebrospinal fluid) and biomarkers and with imaging and perhaps with digital technologies we could do a lot better.

"Also, I used to say we don't have enough good targets. But due to the great strides made in the genetics we now I think have good targets. We can always use more. But that's less of a problem than it used to be.

"And the fourth problem is disease heterogeneity, and I worry about that. For example, we learn from other Alzheimer's trials that even when you have experts, 20% to 30% of people who come in as Alzheimer's don't even have amyloid in the brain. But even if they have amyloid in the brain, do they really have Alzheimer's? Because anybody who sees patients in a memory disorder clinic knows that you could have DLB [Dementia with Lewy bodies], for example, and have dementia with amyloid plaques. [DLB is a type of dementia that shares symptoms with both Alzheimer's disease and Parkinson's disease. DLB can be diagnosed wrongly and is often mistaken for Alzheimer's disease.] Or you could have a vascular component. So I still worry about disease heterogeneity and obviously better biomarkers will help with that."