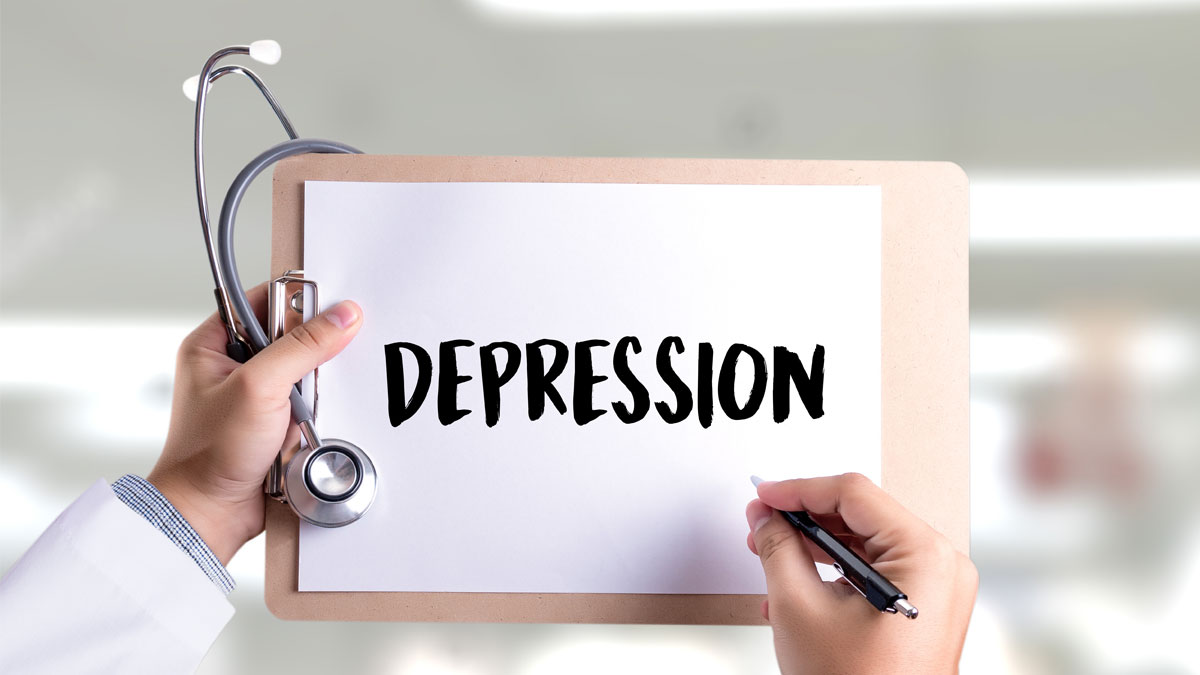 Although Sage Therapeutics, Inc.’s Phase III WATERFALL trial of zuranolone in adults with major depressive disorder (MDD) was positive, the benefit seen and its adverse event profile have raised doubts about its clinical meaningfulness, even if the data are sufficient to warrant US Food and Drug Administration filing.

The antidepressant, an oral neuroactive steroid GABA-A receptor positive allosteric modulator, has been a major focus for the firm, which made history with the approval of its first approved product; the intravenous postpartum depression drug Zulresso (brexanolone) was approved in 2019, but the experience on the market has been disappointing. Instead, focus shifted to Sage’s pipeline products – primarily zuranolone (SAGE-217), which had breakthrough designation at the FDA and offered the promise of an easier route of administration, but disappointed in its first Phase III trial. (Sage Faces Multiple Moments Of Truth For Zuranolone GABA Modulation)

Sage and partner Biogen, Inc. announced results of the second pivotal trial on 15 June, reporting that the 543-patient WATERFALL study met its primary endpoint with a statistically significant improvement on the 17-item Hamilton Rating Scale for Depression (HAMD-17) total score at day 15 for zuranolone compared with placebo. Statistically significant improvements were also seen on the secondary endpoints of Clinical Global Impression-Severity of Illness (CGI-S), CGI-Improvement Response and the Montgomery-Asberg Depression Rating Scale (MADRS). Meanwhile, the company described the adverse event profile as consistent with what the drug has shown to date, with most treatment-emergent adverse events being mild to moderate.

WATERFALL is one of three Phase III studies of zuranolone, the other two being CORAL in MDD and SKYLARK in postpartum depression.

(Clarification: An earlier version of this article misstated the indication in which SKYLARK is testing zuranolone.)

The company said it plans to discuss the WATERFALL results with the agency in the coming months, but emphasized that it regards the results as meriting filing for approval. “[We] set out at the beginning of the year guiding that after meeting with the FDA, we designed three unique Phase IIIs that presented three unique opportunities for positive readouts, any of which if hit, were a fileable outcome,” CEO Barry Greene said on a same-day investor call.

The drug had previously failed a Phase III trial, MOUNTAIN, in December 2019, though the company said at the time that it still saw a path to approval for the drug and attributed the failure to problems with compliance and several patients having less severe depression. On the other hand, patients with more severe MDD had shown a significant response to the drug, referred to at the time as SAGE-217. (Sage Still Sees Approval Path After Depression Drug Fails In Phase III Trial) With respect to compliance, the company said 15 June that 90.3% of patients who received zuranolone in WATERFALL completed the study.

But although analysts agreed that WATERFALL showed a positive result that is fileable, they saw it as being just up to snuff for FDA approval – but not necessarily sufficient for commercial success.

“On the positive side, WATERFALL did technically hit statistical significance so, from a regulatory point of view, the data could be sufficient for filing, but even if fileable we think the commercial outlook for the product would be quite limited,” Mizuho Securities analyst Vamil Divan said in a same-day note.

He added that the limited efficacy also made the safety and tolerability profile look unattractive, particularly with regard to somnolence and sedation.

The company reported that patients who had a response at day 15 had retained on average 86.1% of their HAMD-17 improvements at day 42. However, Divan argued the result was not relevant given that the initial efficacy appears limited.

“KOLs have consistently noted that 3-4 [point] HAMD reduction is clinically meaningful, and therefore while we think today’s result is good enough for approval given the positive Phase II results and open-label SHORELINE data, we are concerned about the clinical significance of these results,” Guggenheim Partners analyst Yatin Suneja said in a same-day note.

Mizuho’s Divan also pointed to a three-point reduction as the benchmark for clinical meaningfulness.

But on the call, the company painted a rosier picture, noting that based on its analysis, the difference in HAMD-17 between standard-of-care antidepressants and placebo is a 1.3-1.5-point reduction.

“What’s different about what we’re seeing here is the large effects,” chief medical officer Steve Kanes told the call. “In other words, you know, we’re seeing large differences from baseline. And we’re seeing it very early on. And that’s been true across the board for this program.”

Still, Guggenheim’s Suneja said in a follow-up note that the drug appears to lose effect after patients stop taking it, with results at day 21 not being statistically significant, also pointing out that the company did not disclose the HAMD-17 figures in the placebo arm at day 42, “indicating that the drug effect is NOT durable.”

But at least one analyst foresaw potential regulatory roadblocks as well. In a 15 June note, Truist Securities analyst Robyn Karnauskas said it is likely the FDA will require an advisory committee meeting for the drug, during which the new mechanism of action and what she called marginal efficacy and lack of durability will raise “many questions.”

“We don’t view path to approval of zuranolone will be straightforward and given 30+ drugs available for MDD, we don’t see a reason for FDA to show laxity,” Karnauskas said.

Raymond James analyst Steven Seedhouse even expressed doubt as to whether Sage would file on the WATERFALL data in the first place, saying in a same-day note that data from the subgroup of patients in the study on antidepressant therapy add risk to the CORAL study.

“We also find SAGE’s choice of the word ‘fileable’ is an interesting one in lieu of ‘approvable,’” Seedhouse added.

In April, the company had made severe cuts to commercial operations for Zulresso as it set out to start a new Phase III trial for zuranolone, and also amid a challenging environment due to COVID-19. (Sage Makes Deep Cuts Axing 53 Of The Workforce As It Reins In Zulresso)

The intravenously administered Zulresso received FDA approval and a $34,000 list price in March 2019. (Zulresso Is Sages First Step In Postpartum Depression Treatment) But even with the expectation that it would be a niche product, sales came in low, reaching only $4m in 2019. In mid-2019, Sage had advised investors not to expect Zulresso sales to pick up momentum until later in the year and into early 2020 – but the product did not fare well during the pandemic. (Sages Zulresso Launch Is Off But Not Running) In its full-year 2020 earnings, the company reported 2020 sales of the drug reached $6.7m.

Shares of Sage were down 19.3% when markets closed.

Sage and Biogen announced their partnership to develop zuranolone for psychiatric disorders, as well as SAGE-324 for essential tremor and other neurological disorders, on 27 November. At the time, however, the size of the deal – which included $1.53bn in upfront and equity payments and $1.6bn in potential milestones – raised some eyebrows due to the failure of the MOUNTAIN study. (Biogen Bets Big To Bag Sage Depression And Tremor Drugs)

Shares of Biogen were down 2.48% at closing.

Nevertheless, Raymond James’s Seedhouse said that with the recent, albeit controversial, FDA accelerated approval of Aduhelm (aducanumab) for Alzheimer’s disease and its $56,000 wholesale acquisition cost, WATERFALL’s impact on the model for Biogen is “negligible.” (BiogenEisai Win On Aduhelm Approval Bet And Wager Next On Price) If CORAL fails, he said, “Biogen can just focus its attention in AD.”

The controversy around Aduhelm’s approval and list price was also due to data that many found underwhelming, with three members of the FDA’s Peripheral and Central Nervous System Drugs Advisory Committee subsequently resigning following an approval that came despite not one member voting in the drug’s favor. (Aduhelm Approval Firestorm Raises Question What Are US FDA Advisory Committees For Anyway)

In a follow-up note, Truist’s Karnauskas said Biogen’s valuation and analyst forecasts do not include revenues for zuranolone.

At the time the Sage/Biogen deal was announced, it had been speculated that Biogen might have sought to use it as an alternative if the FDA rejected Aduhelm. (Biogen And Sage On Plans To Build A Brain Franchise Together)