Novel Biologics Will Get Suffixes (Or At Least One Did)

US FDA's approval of Ultragenyx's Mepsevii (vestronidase alfa-vjbk) marks first novel biologic with a suffix, but 10 months after release of the naming guidance how – and even how widely – FDA will implement the policy remains uncertain. 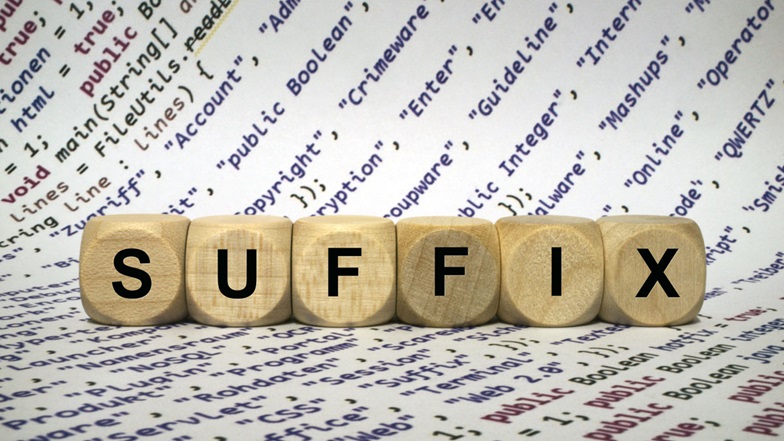 It took 10 months following the release of final guidance, but the US FDA has finally attached a four-letter suffix to the non-proprietary name of a novel biologic with the agency's approval of Ultragenyx Pharmaceutical Inc.'s Mepsevii (vestronidase alfa-vjbk).

The agency approved the recombinant version of the enzyme beta-glucuronidase Nov. 15 as an enzyme replacement therapy for treatment of pediatric and adult patients with the ultra-rare Mucopolysaccharidosis VII (MPS VII), also known as Sly Syndrome.

An inherited, genetic condition, MPS VII impacts less than 150 patients worldwide. It is caused by a deficiency of the lysosomal enzyme beta-glucuronidase, which hinders the breakdown of glycosaminoglycans, which are complex carbohydrates. The inability to break down the carbohydrates results in multi-system tissue and organ damage.

Most MPS VII patients suffer from skeletal abnormalities, such as short stature, that become more pronounced with age. Life expectancy depends on the severity of the symptoms, FDA says, and can range from death at infancy to surviving until adolescence or adulthood.

Review Voucher Will Be Sold

"This approval underscores the agency’s commitment to making treatments available to patients with rare diseases,” Office of Drug Evaluation III Director Julie Beitz said in a statement. “Prior to today’s approval, patients with this rare, inherited condition had no approved treatment options.”

On a Nov. 15 investor call, company Chief Financial Officer Shalini Sharp said that the company plans to sell the voucher to "offset some of the costs of our ongoing development activities and commercialization ramp-ups." Sharp added that the company expects its candidates under development to be eligible for priority review.

Ultragenyx says it plans to make Mepsevii available later this month. Sharp noted on the investor call that Mepsevii's annual list price in the US will be $375,000.

After close to a year of speculation of when FDA would start approving new biologics with suffixes, Mepsevii finally emerged as the first to get the greenlight with the naming convention. (Also see "Novel Biologics In US Might Not Start Getting Suffixes Until August" - Pink Sheet, 5 Apr, 2017.)

However, since the guidance was released, the agency has been approving all qualifying biologics without the suffix. FDA has largely maintained that the reason for this was because the guidance was issued at a point in the review of the applications that did not permit sufficient time to designate a suffix. The agency said it did not want to delay approvals in the interest of public health, noting that it would work with sponsors to implement the naming convention. (Also see "Where’s The Suffix? Valeant’s Siliq Approved Without Four-Letter Identifier" - Pink Sheet, 16 Feb, 2017.)

FDA recently approved biologics license applications (BLA) for two gene therapies – Novartis AG's Kymriah (tisagenlecleucel-T) and Kite Pharma Inc.'s Yescarta (axicabtagene ciloleucel) – that were both submitted after the release of the guidance, but the agency said the treatments do not fall within the parameters of the naming system. (Also see "Biologics Naming: US FDA Ponders How To Put New System In Place, While WHO Puts Hold On Pilot Study" - Pink Sheet, 26 Oct, 2017.)

But The Future Remains Unclear

It remains uncertain, however, whether FDA will consistently continue to approve qualifying novel biologics with the naming convention.

The agency approved Dynavax Technologies Corp.'s hepatitis B vaccine Heplisav-B (rHBsAg-1018 ISS) on Nov. 9 without the four-letter suffix. The BLA was submitted in February, one month after the release of the guidance.

And while the biosimilar pathway – which has been the impetus for the suffix policy because of concerns about product confusion – does not apply to vaccines, it appears that the new naming system does.