Biopharma, the White House And Getting Drug Pricing 'Off The Table' 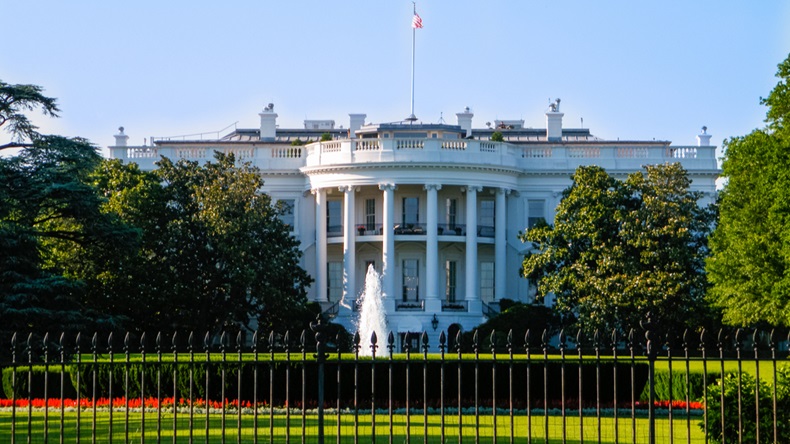 THE WHITE HOUSE MEETING THAT WASN'T

The biopharma industry is facing renewed pressure to come to an agreement with the Trump Administration on lowering prescription drug prices, but firms are not prepared to do so yet.

Some on Wall Street want pharma firms to cut a deal on pricing to forestall a potentially worse outcome during a possible Biden presidency, and Trump himself has signaled an eagerness for negotiation, most dramatically during last Friday’s announcement of the executive orders on drug pricing, during which the president said drug company executives would be meeting at the White House on Tuesday to discuss the issue.

Trump said the executive order to advance regulations on using international reference pricing to set Medicare Part B drug reimbursement will go into effect on 25 August if industry doesn’t produce an alternative plan before then. (See sidebar.)

But the 28 July meeting did not take place and in fact was never formally scheduled, according to an industry spokesperson. No new meeting date has been announced.

As you might expect from a group that had ignored a summons to the White House, the industry’s response to Trump’s ultimatum was noncommittal. “We remain willing to discuss ways to lower costs for patients at the pharmacy counter,” the Pharmaceutical Research and Manufacturers of America said. “However, we remain steadfastly opposed to policies that would allow foreign governments to set prices for medicines in the United States.”

Pfizer’s Albert Bourla signaled that he and other CEOs may not be willing to participate in a White House meeting during the company’s earnings call on 28 July. He also reiterated that the focus of drug pricing discussions should be on lowering patient cost sharing.

“There is a need for a dialogue … but clearly, there is a need for on the technical level first, to be in agreement,” he said. “I don't think there is a need right now for White House meetings. There’s a need for people that they understand the topics from both sides, work to find solutions, how we can decrease … the out-of-pocket expense of the Americans that has gone to levels that are unacceptable right now. This is the real problem, and this is what we see that we need to reform.”

“I don't think there is a need right now for White House meetings. There's a need for people that they understand the topics from both sides, work to find solutions, how we can decrease … the out-of-pocket expense of the Americans. … This is the real problem.” – Pfizer’s Bourla

It’s not clear what the executive order on international reference pricing will say because it hasn’t been released. Stakeholders are assuming it will direct completion of regulations implementing the IPI policy. An advance notice of proposed rulemaking describing the IPI was released in October 2018. (Also see "Medicare's Foreign Price Bench-marking Will Only Hurt Bad Negotiators, HHS's Azar Argues" - Pink Sheet, 25 Oct, 2018.)

The IPI has been strongly opposed by industry and many policy analysts have viewed it, at least in part, as a negotiating tool aimed at persuading industry to give ground on drug pricing. The president was explicit about that tradeoff during his comments on the executive orders.

“The drug company executives will be at the White House on Tuesday and they have ideas for how we can significantly reduce drug prices,” Trump said. “I don’t know if they can possibly do something to substitute for what’s called ‘favored nation’… that means we get the lowest price anywhere in the world. [But] if these talks are successful, we may not need to implement the fourth executive order, which is a very tough order for them.”

In response to the industry’s response to his announcement about the executive orders, Trump castigated pharma in a tweet on 28 July, claiming that TV ads sponsored by the industry are “trying to make the case that I am raising prescription drug prices on seniors. The ad is a lie!” A spokesperson for PhRMA said it’s unclear what ad the president is referring to and that the association “doesn’t have any ads up” related to the executive orders “right now.”

The IPI As Sword of Damocles

The IPI “is sort of a Damocles approach; it’s always passively been that,” former Health and Human Services Department drug pricing advisor John O’Brien said in an interview. “But for the president to actually say it, is a big deal.” O’Brien is now a health care consultant and a nonresident senior fellow at the USC Schaffer Center for Health Policy and Economics.

O’Brien also suggested investors may be pressuring industry to resolve drug pricing before the presidential elections in the event that Democrats win the White House. Presumptive Democratic nominee Joe Biden has signaled he will be tough on drug pricing.

“Wall Street is betting on the president losing,” O’Brien observed. And investors and analysts are “trying to get their arms around” whether Democrats will also take the Senate and if so, “what Democrats will do” and whether “will Joe Biden go full crazy or will he try to be more centrist.”

As a result, there are “a lot of people who hold [drug company] board seats or are investors who are again going to say to pharma, ‘Get this off the table. We’ve got four months of this president. Get a drug pricing deal in the [next] CARES package and move the House on it.’”

As to what the industry might propose, O’Brien doubts there is a plan at the ready that would be acceptable to the Administration. He noted when he was at HHS during 2018 and 2019, industry “shared with me and [HHS secretary Alex Azar] all of their proposals, and the secretary thought they were weak tea.”

O’Brien acknowledged industry has supported the rebate reform policy contained in one of the executive orders released by the White House. However, he noted the order requires that the HHS secretary must certify that the rule would not increase Medicare Part D premiums, which will be a problem because government actuaries were not able to arrive at that conclusion before. (Also see "Part D Premiums ‘Won’t Go Up’ With HHS Rebate Proposal, Azar Maintains" - Pink Sheet, 14 Mar, 2019.)

“The president saying, ‘Bring me the rebate rule,’ is a big deal because it was reported dead,” O’Brien said. But “the same thing as before is going to happen. The secretary is going to bring it to [the Office of Management and Budget]. OMB is going to disagree with some cost estimate. They’ll fight about it and escalate it to deputies, to principals and then to the Oval" office. And then the HHS secretary and White House chief of staff Mark Meadows “will carry the day, or they won’t.”

Although there are companies who want to change the current Part B reimbursement model and rebating, biopharma could just say in the end, “You know what, let’s take our chances with the next president,” O’Brien suggested. Industry might assume a new Administration is “not going to do [HHS price] negotiation in the first hundred days” and it could take “two years to get their act together” before moving on drug pricing.

It will be up to PhRMA president and CEO Stephen Ubl and others “to decide whether we take door number one or door number two,” he commented. “That’s why those guys make the big bucks, to make those hard decisions.”