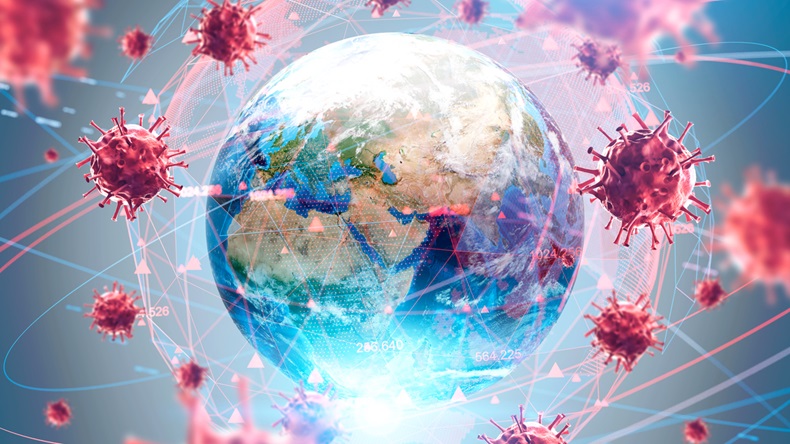 MILAN IN NORTHERN ITALY, WHERE THE CORONAVIRUS OUTBREAK IS EUROPE'S WORST. BIOPHARMA IS RESPONDING TO THE THREAT BY CUTTING BACK ON MEETINGS AND TRAVEL.

As anxiety increases about the continuing worldwide spread of the coronavirus, companies in the biopharma sector are cutting back on appearances at investor conferences and advising employees to eliminate unnecessary travel.

The decisions reflect a growing concern about the spread of the disease, which has affected nearly 90,000 worldwide, with the death toll rising to over 3,000, and many new cases emerging outside China.

Major events such as Facebook’s annual F8 Conference in San Jose, CA and the World Indoor Championships in Nanjing, China have been cancelled – with rumors that the Olympics games, due to begin on 24 July in Tokyo, could also be called off.

Most notably in biopharma, Vertex Pharmaceuticals Inc. and Seattle Genetics Inc. have both cancelled their planned presentations on 3 March at the Cowen Health Care conference being held in Boston, MA a move aimed at minimizing the spread of the infection.

In Vertex’s case, the travel involved would be minimal – as the meeting is just across town from its headquarters in Boston’s Northern Avenue. But it says this reflects a company-wide precautionary measure to protect employees, with a spokesperson confirming that it was "eliminating all non-essential business travel and prohibiting attendance at external conferences."

So far, there are 106 confirmed cases of the COVID-19 infection in the US, but the death toll has rapidly mounted to six, the latter all clustered in Washington state.

The first two cases have been confirmed in the Massachusetts area, the location of the conference and center of the world’s biotech industry.

For the moment, Vertex and Seattle Genetics represent the most cautious response, as many other companies are carrying on with the Cowen conference – such as Merck & Co. Inc. and  Alnylam Pharmaceuticals Inc.

Meanwhile, the coronavirus has made greater in-roads in Europe than the US, with most countries registering infections, and Italy suffering the greatest number of confirmed cases: 2,036 and 52 deaths.

Numerous large scale gatherings and events have been cancelled in Europe as a precaution, with the biopharma sector no exception. These include the Medicines for Europe conference on biosimilars, and The World Pharma Pricing Congress, both in Amsterdam, which have now been rescheduled from March to September.

Germany’s Boehringer Ingelheim International GmbH says it has restricted business travel to and from affected areas, noting that in doing so, "we want to protect our employees and mitigate the risk of the virus spreading further."

The firm is also considering postponing or cancelling its annual press conference at its HQ in Ingelheim am Rhein near Frankfurt at the beginning of April. It said was closely monitoring the situation and providing support and guidance to colleagues in the affected countries.

Roche has just postponed its media event on the future of cancer immunotherapy in Zurich, rescheduling from 10 March to the autumn.

At Novartis, there was no message of blanket travel bans, but the company toldScrip that it had communicated "an updated travel warning advisory in line with the warning levels provided by the US Centers for Disease Control and Prevention" to staff. The Swiss major added that it has "activated a cross-functional global taskforce to continuously assess the situation, co-ordinate and update on actions."

The global outbreak, and its disruption of travel and business has had an immediate impact on the economic outlook. $1.7tn was wiped off US stock market values last week, with pharma majors such as Pfizer and Merck as badly affected as any another blue chip company. The OECD has warned that the virus repres

However the nature of the crisis means that at least some biopharma stocks are bucking the trend. As well as the micro-caps that have weighed in on the mission to develop a vaccine, RNA messenger specialist Moderna Inc.has seen its share price rise by a third in the last few weeks thanks to its work on a vaccine.

Also up 13% since the end of January is Gilead, whose remdesivir is being tested in clinical trials as a potential treatment for COVID-19 infected patients.