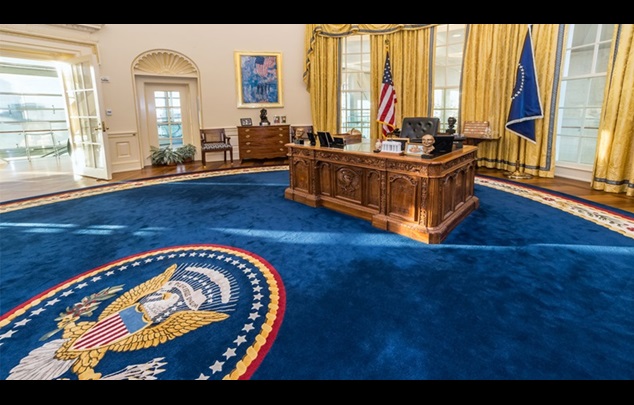 President Donald Trump's presidency is revealing political fault lines throughout the country – and the biopharma industry, as evidenced by participation in a recent public letter on immigration policy. The letter began to take shape after Ovid Therapeutics Inc. CEO Jeremy Levin was inundated with emails immediately after President Donald Trump signed an executive order barring individuals from seven predominantly Muslim countries from entering the country. Employees, others from the biotech industry and members of academia told him they were distressed by the ban and its “potential for harm to innovation and medicine,” Levin said.


He drafted an initial letter objecting to the order and shared it with five other biotech CEOs. Together they revised the piece and sent it out to colleagues in the industry. “The response was absolutely overwhelming,” Levin said. “I was taken aback by the number of people who wanted to sign.”


A total of 163 leaders of primarily small biotech companies along with some venture capital firms signed onto the letter, which was published Feb. 7 on a Nature Biotechnology blog. Levin said more signatures have come in and may be added to the print edition. The co-authors include CEOs Steven Holtzman of Decibel Therapeutics, John Maraganore of Alnylam Pharmaceuticals Inc., Paul Hastings of OncoMed Pharmaceuticals Inc., Ron Cohen of Acorda Therapeutics Inc., and Bassil Dahiyat of Xencor Inc.


“We the undersigned, founders and leaders of biotech companies, write to express our deep concern and opposition to the executive order signed by President Donald Trump on January 27, 2017, barring the entry of citizens from seven countries into the United States,” the letter states.


“Though the ban from the Trump administration is aimed at seven countries, our global employees interpret the underlying message as, ‘America is no longer welcoming of any immigrants whatsoever.’ They fear similar orders could be issued for other countries at a moment’s notice. They fear being stigmatized and discriminated against, simply because of their religion, irrespective of the nation they come from,” the letter says.


‘Not A Political Statement’

Trump’s executive order prohibits entry of immigrants and nonimmigrants from Iraq, Iran, Syria, Yemen, Sudan, Libya, and Somalia into the US for 90 days. It also suspends admission of all refugees for 120 days, and all Syrian refugees indefinitely.


The biotech execs say that if “this misguided policy is not reversed,” the country is at risk of losing its leadership position in the biotech sector. “Indeed, it will harm an industry dominated by smaller companies and startups, the very kind of industry the administration has said it wants to support. It will slow the fight against the many diseases that afflict us, as well as carry negative economic consequences for the United States,” the letter states.


Levin asserted that the letter “is not a political statement but a statement about science, medicine and innovation.”


The letter notes that many in the biotech sector are from other countries. It cites a recent study published in Nature that found that in 2014, 52% of the 69,000 biomedical researchers in the United States were foreign-born.


Holtzman noted that one-quarter of Decibel’s workforce, 10 of 40 people, are in the United States on green cards or visas. He said they are concerned about being deported and afraid to leave the country.


Levin, who immigrated to the US 30 years ago, said everyone in his company has a parent or grandparent who is an immigrant. He noted that at least seven employees that Ovid is trying to recruit asked about how their visas would be treated.


Big Players On The Sidelines

The letter stands out as the Pharmaceutical Research and Manufacturers of America and the Biotechnology Innovation Organization have remained silent about the ban. After it was announced, CEOs of a few companies made comments about it on social media, expressing support for their employees and advocating diversity. (Also see "Immigration Ban: BioPharma Response Varies From Silence To Dissent" - Pink Sheet, 30 Jan, 2017.)


PhRMA had no comment on the executive order, which was issued a few days before several pharma CEOs met with Trump at the White House to discuss drug pricing and tax and regulatory reform. (Also see "Carrots and Stick: Biopharma At The White House" - Scrip, 31 Jan, 2017.)


In response to questions about the Nature Biotech letter, BIO said its policy positions are determined by actions taken by its Board of Directors collectively, which includes more than 100 companies at any given time.


“While BIO has not taken an official position on the executive order in question, we have been gathering data from our membership on the real-world impact this executive order has had, or may have, on their businesses or institutions, so that BIO can engage appropriately in fact-based advocacy. We continue to collect that input,” the association said.


Ron Cohen is the chair of BIO's board, but so far it seems the association is not ready to follow him on the executive order. Levin said the authors of the letter did not reach out to several larger companies, noting that it was the smaller companies who were primarily interested in it.


Holtzman said the authors felt the letter should come from them as individuals rather than from an organized voice. And he said they sought to publish it in Nature Biotechnology rather than a media outlet that could be impugned as being partisan.


The associations' silence on the issue isn't surprising. Being able to hire the best scientific and executive talent from around the globe is important, but Trump's executive order is polling a lot better than pharma's pricing practices are, and industry leadership understands the importance of trying to build good relations with the President in advance of the looming debate on healthcare reform.

In contrast to the pharma industry, leaders of the technology industry – biopharma's foe in numerous battles over patent legislation – have been very vocal in opposing Trump’s order. Ninety-seven leading companies from the tech sector and other businesses, including Apple Inc., Facebook Inc., Google Inc., and Microsoft Corp., filed an amicus brief with the US Court of Appeals for the Ninth Circuit opposing reinstatement of Trump’s executive order.


The Attorney General of the State of Washington sued Trump to overturn the order, and a Seattle district court judge issued a ruling blocking parts of it, allowing people who had been turned away to enter the country. The Trump administration requested a stay of the ruling pending appeal.


Like the biotech companies, the tech firms also emphasized the negative impact of Trump’s order on their businesses. “The order makes it more difficult and expensive for U.S. companies to recruit, hire, and retain some of the world’s best employees,” their brief states. “It disrupts ongoing business operations. And it threatens companies’ ability to attract talent, business, and investment to the United States.”