AbbVie seeks injunction against Boehringer Ingelheim's Cyltezo claiming infringement of 74 patents, 8 of which are in the initial round of litigation; as of Aug. 2, BI had not given 180-day launch notice. 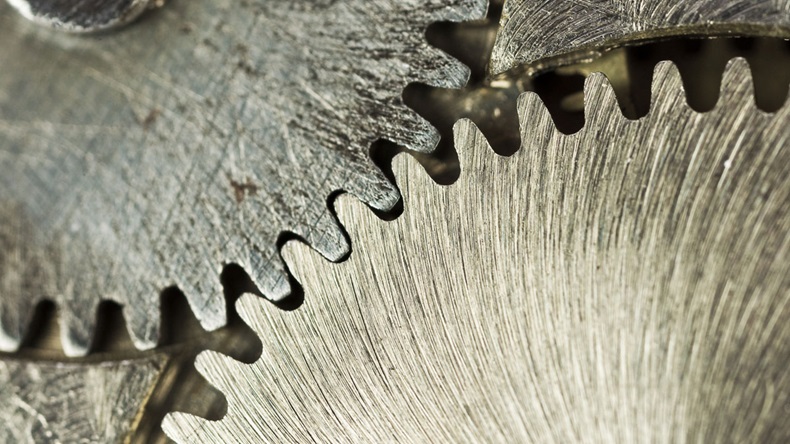 While Boehringer Ingelheim Pharmaceuticals Inc. is the second company to win US approval of a biosimilar to AbbVie Inc.'s Humira (adalimumab), its launch date is uncertain given ongoing patent infringement litigation.

AbbVie's complaint, filed in the US District Court for the District of Delaware, says AbbVie has identified 74 patents as being infringed but that BI has opted to cap the number in the litigation to eight, as permitted under the Biologics Price Competition and Innovation Act.

"While AbbVie is only permitted to assert eight patents now, if and when Boehringer provides its 180-day Notice of Commercial Marketing, and as circumstances otherwise warrant, AbbVie will have the opportunity to assert the remainder of the patents," the complaint states. "Therefore, there will be a second wave of litigation to adjudicate AbbVie's substantial patent rights relating to Humira."

The patent battle mirrors that between AbbVie and Amgen Inc., which received approval of its Humira biosimilar Amjevita (adalimumab-atto) in September 2016. Just before the approval, AbbVie filed suit claiming infringement of 61 patents and Amgen limited the number to be litigated to 10. (Also see "AbbVie v. Amgen Round One: Humira Biosimilar Infringes 10 Patents, Suit Claims" - Pink Sheet, 5 Aug, 2016.)

Amgen has said it doesn't plan to launch Amjevita until at least 2018 given the complexity and pace of the litigation.

[Editor’s note: BI said it could not speculate on the launch timing of Cyltezo or comment on ongoing litigation with AbbVie. In an Aug. 29 press release announcing  approval of Cyltezo in a pre-filled syringe, BI noted that it will also seek approval for an auto-injector version of the biosimilar as another delivery option for patients.]

Humira, a therapeutic antibody to human TNF-α, a protein made as part of the body's immune response, is the world's top selling drug. It generated more than $16bn of revenue in 2016.

What Manufacturing Process Info Is Enough?

In June, the Supreme Court ruled in Sandoz Inc. v. Amgen that biosimilar sponsors may provide 180-day notice of marketing prior to FDA approval.

BI's delay in providing commercialization notice may reflect that it will be awhile before it is able to go to market, for manufacturing or other reasons, said Chad Landmon, a partner at Axinn, Veltrop & Harkrider.

The move also delays litigation over additional patents and there could be a cost or strategic reason for BI to want to hold off on facing AbbVie's entire patent portfolio, Landmon said. "Often a small handful of patents are representative of others or are the most critical, and it could be Boehringer wants to take care of those first."

AbbVie notes in its complaint that BI has engaged in the information exchange process, known as the patent dance, and that the two have negotiated the patents to be subject to initial litigation. But AbbVie says that although BI provided access to its aBLA it did not provide any other manufacturing process information beyond what is in the application. This could become an issue in litigation, as it was in Amgen's suit against Hospira Inc. (now Pfizer Inc.).

Amgen claimed Hospira refused to produce complete information regarding the composition of the cell-culture medium it uses to manufacture a biosimilar to Amgen's Epogen (epoetin alfa). Amgen argued that without this information it could not assess whether its manufacturing process patents were infringed. The Delaware district court denied Amgen's motion to compel discovery from Hospira on the composition of its cell-culture medium concluding that the information has no relevance to the patents asserted in the litigation. (Also see "Biosimilar Barricade Breached: Amgen Manufacturing Patents Ruled Not Infringed" - Pink Sheet, 7 Sep, 2016.)

Amgen appealed the district court's ruling to the US Court of Appeals for the Federal Circuit, which dismissed the appeal in an Aug. 10 opinion. The court noted that Amgen did not include any of its cell-culture patents on the list of patents it believed a claim of patent infringement could reasonably be made, nor did it bring suit on any of these patents. The court said Amgen could have done so and Hospira then would have had to respond with detailed statements as to why the patents are invalid, unenforceable or would not be infringed.

"In this scenario, Amgen would have had an opportunity to assess the reasonableness of its litigation position long before filing suit and being exposed to Rule 11 sanctions or antitrust liability," the appeals court said.

Landmon said this case is significant in that innovator companies won't be able to force discovery unless they are actively litigating the patents at issue. The decision "makes it a little more difficult for reference product sponsors," he said.

Like Amgen's Amjevita, Cyltezo is approved for seven of the 10 indications on Humira's label: rheumatoid arthritis; juvenile idiopathic arthritis; psoriatic arthritis; ankylosing spondylitis; adult Crohn's disease; ulcerative colitis; and plaque psoriasis. It is not approved for pediatric Crohn's disease, hidradenitis suppurativa, or uveitis, which are still protected by orphan exclusivity.

FDA's Cyltezo approval letter notes that BI has a postmarketing commitment to "develop a comprehensive and robust control strategy to control for effector function of BI 695501." Submission of the final report is due August 2018.

Boehringer has said that while its main trial demonstrates equivalence in rheumatoid arthritis, it is gathering additional data on the biosimilar's use in Crohn's disease and psoriasis to support extrapolation of the biosimilarity data to other indications for which Humira is approved and to "increase the confidence in biosimilars." (Also see "Boehringer Ingelheim Limbering Up With Humira Biosimilar" - Pink Sheet, 14 Jun, 2017.)

BI recently disclosed that it had begun a study to determine whether Cyltezo is interchangeable with Humira. The company said the study is the first in the US to investigate interchangeability with a Humira biosimilar candidate. (Also see "Humira Biosimilar Interchangeability: The Race Begins" - Pink Sheet, 30 Jul, 2017.)