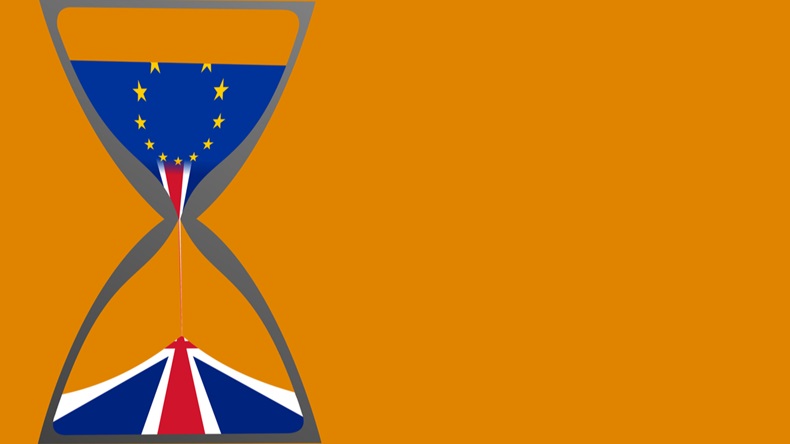 THE EFFECTS OF BREXIT WILL BE FAR-REACHING

It seemed inevitable that the high-level, five-year strategy for the EU medicines regulatory network that the European Medicines Agency and the Heads of Medicines Agencies grouping proudly launched in 2015 would have to be scaled back in view of the EMA’s drastic refocusing of its efforts as it prepares for Brexit. It now seems this is precisely what will happen.

"We’re not discarding anything but we will have to temporarily refocus," according to Thomas Senderovitz, Danish Medicines Agency head and chair of the HMA management group.

"It’s a complex question and I don’t want to speak on behalf of EMA," Senderovitz emphasized in a wide-ranging interview with thePink Sheet.

"What I will say is… that of course the EMA and HMA have to be in line. That goes without saying, we can’t have completely different directions. That’s the first point. The second point is that everyone agrees that there are many, many important tasks that we have to solve, ideally. [However], right now, we have a new situation that we didn’t foresee when [the strategy was agreed]."

Much was made of the "EU Medicines Agencies Network Strategy to 2020" when it was launched in December 2015. It was presented "for the first time, as a single strategy for the entire network to reflect the need for a coordinated approach to address the multiple challenges and opportunities that face the network."

The EMA expects to lose at least a third of its 900 or so employees as result of its forced relocation from London to Amsterdam when the UK withdraws from the EU at the end of March 2019. The agency is having to divert considerable resources to enable it to focus on addressing the implications of Brexit and the move. In order to safeguard its core activities relating to drug evaluation and oversight, the EMA has been forced to scale back many of its non-core activities. Projects are being halted and priorities re-assessed. International collaboration, guidelines development and revision, and the agency's involvement in stakeholder meetings are all being cut back.  (Also see "Brexit Bites EMA: Huge Staff Losses Freeze Many Projects" - Pink Sheet, 1 Aug, 2018.)

At the member state level, national agencies are having to invest considerable effort and resources into dealing with Brexit-related changes in advance of the UK leaving the EU. Among other things, the remaining EU27 are having to take over from the UK the role of reference member state for thousands of products approved via the EU’s decentralized procedure and mutual recognition procedure.

Change Of Pace And Postponement

Both the EMA and HMA have separate multiannual work plans (MAWPs) under the ambitious 2020 strategy, setting out priorities and planned activities.

"Right now, the EMA is focusing entirely on making sure they deliver on the essentials given the challenges they have due to Brexit," Senderovitz commented.

Referring to how the HMA MAWP and more broadly the network strategy might be affected, "we are currently absolutely discussing these things," the senior EU regulator said.

"It doesn’t mean we have to completely discard our strategies but it could mean we say that some of this is still important, but we just can’t solve it at the same pace as we did before. I think that’s totally ok and fine. And there are [projects] that it would be wonderful to have done but quite frankly where we say we have to wait a bit until… we know how Brexit is going to come out."

"We’re not discarding anything but we will have to temporarily refocus. It may need more drastic refocusing but it’s too early to say. We’re currently discussing that but we don’t want to jump to conclusions before we know facts."

It was already apparent last October that the HMA's work plan and the broader strategy might require readjusting as the situation regarding Brexit became clearer.  (Also see "Brexit Won’t Alter EU Agency Heads’ Ambitious Work Plan – For Now" - Pink Sheet, 4 Oct, 2017.) This confirms that will indeed be the case. Just how extensive the refocusing will be and what it will entail remains to be seen.

This article is one of a series of Pink Sheet articles by Maureen Kenny based on her interview with Thomas Senderovitz in late August. See also Big Data In Medicines Regulation Will Need ‘Considerable Change In Mindset’.