Brexit: Will UK Now Stockpile Devices? And Is It Certain The Country Will Continue With MDR? 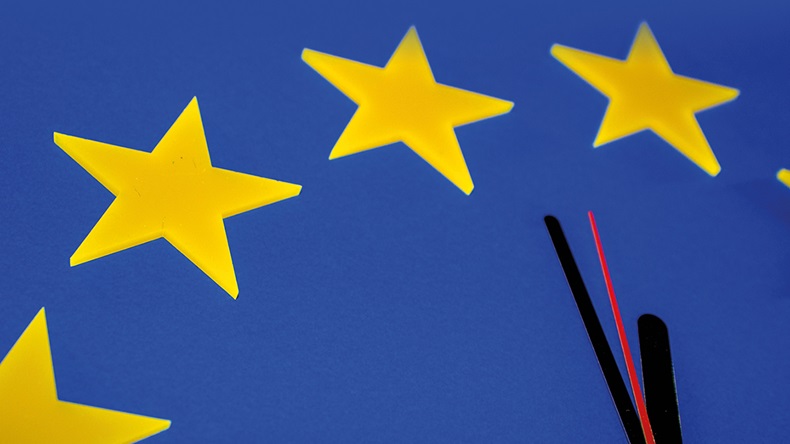 News in the UK that the government is planning emergency measures around the supply of medical devices and medicines in preparation for the potential of a no-deal Brexit is a measure of just how much the UK government may be prepared to risk to exit Europe on its own terms.

Any such outcome will have wide repercussions for medical device trade in the short and medium-term and for patient care - particularly in the UK, but also potentially around Europe. Of course, health care is just one part of the Brexit package and not being treated as a separate deal in its own right.

Some may speculate that if the UK makes this sudden "clean break" from Europe and starts planning to source its products from markets further afield, it could lead the country to review, sooner rather than later, what regulatory scheme it wants to align itself with in the long term.

NHS England chief executive, Simon Stevens, announced that "extensive work is under way to prepare the health service for a no-deal Brexit scenario during aninterview on the BBC's Andrew Marr show (minutes 45.40-48).The Department of Health, other parts of government and the life sciences industry and pharma companies are all working together on this, he told Marr. (Also see "UK Must Break The Cycle Of Pricing Pressure And Face Up To Medtech Value Needs" - Medtech Insight, 3 Jul, 2018.)

"There is immediate planning which the health departments are doing with other departments in securing medicines supply and equipment under different scenarios, and that will obviously crystallize later this year in the autumn when it is clear what the UK's position will be," Stevens said.

He added that "no one is in any doubt" that ensuring continued medical supplies are at the top of the priority list for the country."Nobody's pretending this is a desirable situation," Stevens said, "but if that's where we get to, it will not have been unforeseen."

The UK may be considering making an inventory of the proportion of supplies it buys from EU countries and then stockpiling devices, IVDs, radioisotopes, as well as medicines, for as long as the country is not confident that it can source the products easily from elsewhere other than the EU. Indeed, it would be difficult to source the products from anywhere except domestically in the immediate aftermath of a no-deal (hard) March 2019 Brexit, given the UK would not, in theory at least, be ready to accept regulatory marks from other jurisdictions.

And with the government playing its Brexit cards close to its chest, it seems unlikely there will be an officially update on plans until autumn – although leaks, and documents being left on the Eurostar train between London and Brussels, have ensured that some more information has been getting through.

Some of the strategies that are being considered in the UK to prepare for Brexit, while intended to safeguard patients, are also fraught with uncertainty and potential pitfalls. Questions can be raised about how the UK will make sure it stockpiles the right supplies in the changing environment of health-care delivery and medical advance, and whether nine months will really be enough time to make adequate provisions. Will patients be put at unnecessary risk because equipment, or accessories, are not in the right place at the right time?

Yet, so far, there is still no certainty on whether the transition period that was negotiated with the EU to last until December 31, 2020, will become reality. This is because the UK government is still divided and unable to reach internal agreement on the terms of Brexit and on the terms that would also likely be accepted by EU officials.

But What About The UK Continuing With The MDR/IVDR?

Graeme Tunbridge, group manager for devices regulatory affairs at the UKS Medicines and Healthcare products Regulatory Agency, gave some further insight into the UK government's thinking about Brexit and potential medtech regulatory outcome when he spoke during the first day of the Knect 365 MedTech Summit in Brussels last month (although he spoke with some caution and said his comments were his personal opinions).

Tunbridge reminded the audience that Brexit is fundamentally a "deeply and intensely political negotiation" where he sits at the bottom of a long line of people that are responsible for worrying about what it will mean in practice; Prime Minister Theresa May sits at the top.He noted, however, that UK ministers are saying, with respect to medical devices, that they want to make sure UK patients don't suffer and are not denied life-saving treatment. Ministers want to make sure UK remains a strong player in health and safety, globally, he told the meeting, and that the UK remains an environment where medical device innovation flourishes.

Putting those three statements together and there are few outcomes that make any sense at all, he said, in terms of what the UK will do going forward.

"I can't see anything in the short term other than the UK continuing to implement and follow the MDR, and perhaps latterly the IVDR, although that is perhaps more questionable [due to its longer compliance timeframe], to maintain supply of devices to the UK market", Tunbridge said.

And, he asserted that he can't see the UK doing anything in the short-term that is going to substantially increase regulatory burden.

Long term, however, Tunbridge indicated that there are interesting questions that the UK will have to answer.

"Ministers will have to think how UK can best exploit itself in an environment where it is no longer part of the EU, and how we can work globally," Tunbridge said.One of the things the UK has not been so good at in recent years is working with global partners, which has set it behind other countries, such as the US, Tunbridge suggested.

"We have not been responsive, selective and thoughtful about how we regulate," Tunbridge concluded.  "So I think there are some opportunities long-term."