As a new generation of biosimilars challenge some of pharma’s biggest-selling products, this In Vivo analysis looks at how the originator blockbuster might fare in the face of competition. Experience in Europe, which predates that in the US by about a decade, provides a number of crucial pointers to outcomes and defensive strategies. 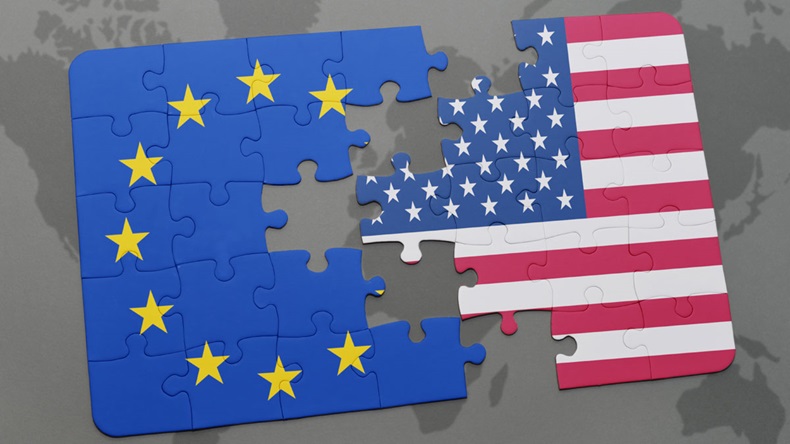 The stage is now set for an attritional war in biologics in the US. The US Congress may decide to pull back from the Affordable Care Act, but the regulatory pathway for biosimilars in the US is very likely to remain intact. In recent months, the FDA has approved or progressed biologics license applications from a number of biosimilar developers both in the US and outside for products that reference several of the world’s biggest selling biologics. These include biosimilars that challenge biologics with current (2016) global sales in excess of $50 billion, including Amgen Inc./Pfizer Inc.'s Enbrel (eterancept), Johnson & Johnson's Remicade (infliximab), Roche's Herceptin(trastuzumab) and at the top of the pile, Abbvie Inc.'s Humira(adalumimab). (See Exhibit 1.)

President Trump talks a lot about tackling the costs of health care and payers have indicated repeatedly that they see the pressure on originator drugs from biosimilars as a way of putting a brake on escalating specialty drug costs.

This new US war was presaged over a decade ago in Europe. The European Union has had an approval process for biosimilars since 2003. Some 29 biosimilar products are currently authorized there. In 2017, the European Medicines Agency (EMA) approved the first biosimilars of the world’s best-selling drug, AbbVie’s Humira, and of Biogen Inc./Roche’s Rituxan (rituximab). Although it is too early to assess the market effects of those introductions (and of 2016 approvals such as enoxaparin biosimilars), the documented impact of earlier biosimilars in Europe is instructive.

Between 2006 and 2015, five distinct drug classes were impacted by the arrival of biosimilars: human growth hormone, erythropoietin, G-CSF, follicle stimulating hormone and biological anti-inflammatory agents targeted at tissue necrosis factor (e.g., Remicade, marketed by Merck & Co. Inc. in Europe). In a document called “The Impact of Biosimilar Competition” commissioned by the EMA and published through the generics industry lobby organization Medicines for Europe, IMS Health (now QuintilesIMS Inc.) looked country-by-country at pricing and treatment volumes in each of these areas.

The first and most obvious lesson from this European history is that the introduction of biosimilars dampens the prices in biologics markets. Exhibit 2 indicates the extent to which this occurred in Europe.

Each dot in Exhibit 2 represents the average price change of products (including the biosimilar and the originator product) in a particular European country. Additional data on the variation between countries are shown in Exhibit 3, but the take-home from Exhibit 2 is that prices of biologics generally fall when biosimilar competitors emerges.

The apparently higher price drop for an hGH, G-CSF and EPO may reflect differences in the patient, physician and payer responses to the new competitors. However, another explanation of this variation is that that biosimilars in these classes have been on the market longer. While the fertility and anti-TNF biosimilars were introduced between 2013 and 2016, the first hGH, EPO and G-CSF biosimilars go back to 2006, 2007 and 2008, respectively. A handy but contrived rule-of-thumb is that average prices in each of the drug classes shown in Exhibit 2 have dropped about 3% per annum following the introduction of biosimilars in Europe.

Biologics prices in Europe's major markets have been less affected by the introduction of biosimilar products than elsewhere. Across Spain, France, Germany, Italy and the UK, which together represent over 60% of the EU population, biologics prices in 2015 were 10.5% down compared with prices before biosimilars were introduced. Of those major markets, the greatest average price cuts were seen in Germany. Those in the UK were much lower, possibly reflecting the influence of the UK’s health technology assessment agency on the pricing of the originator molecule.

Outside those major markets, the biologics price fall was higher, reaching an average of 21% in the Nordic nations. The largest level of price fall of over 25% occurred in the newest Eastern European member states.

Impacts on pricing are one issue for originators. The other key metric is market share, something that J&J is looking at with some anxiety at present with respect to Remicade.

Remicade was J&J’s largest product with $7 billion in US sales in 2016. The US approval of Celltrion Inc./Pfizer’s Inflectra (infliximab-dyyb) biosimilar means that sales of Remicade in the US are now being challenged by biosimilar competitors. J&J already has some insight into the likely impact of new competition from the experiences of its commercial partner, Merck & Co, in Europe. The major market patents in Europe expired at the start of 2015 (first losses of exclusivity date back to 2013), and Merck’s sales of Remicade fell 47% between 2014 and 2016.

With this history, J&J chief financial officer Dominic Caruso, speaking in January 2017 at the JP Morgan Healthcare Conference, said it was “reasonable to assume perhaps 10% to 15% market share erosion” for Remicade in the US given that Merck had retained 70% of its European market share in a two-year period of biosimilar competition. (Caruso’s comment also reveals that Merck’s strategy for retaining market share must have involved a significant price drop – around 25% over the two-year period.)

Caruso’s prediction on US market share erosion chimes with the historical data from the IMS Health report. Exhibit 4 shows the market share in 2015 retained by originators across the various categories of drug. In the anti-TNF category, which includes Remicade and Enbrel, originators retained 80% to 100% of the market, congruent with Caruso’s “10% to 15% market erosion” per year.

What is also clear from Exhibit 4 is that originator market share continues to be eroded in later years, at least for some products. Erosion is most dramatic for the G-CSF and EPO group where originator molecules can retain less than 40% of market share (or less than 20% in some cases).

The high levels of erosion may be bad news for the originator product but they are not necessarily bad news for originators. Perhaps in response to the biosimilar challenge, or perhaps because of normal product technical advancement, originators’ sometimes supersede their own products in a market.

In the case of G-CSF, for instance, biosimilars have taken close to or in excess of 80% of the originator molecules’ market. However, most patients who might have been treated with the originator compound or with the subsequent biosimilar are actually being prescribed longer-lasting second-generation compounds such as Amgen’s Neulasta (pegfilgrastim) or Lonquex(lipegfilgrastim) from Teva Pharmaceutical Industries Ltd.

Similarly, in the erythropoietin arena, a large part of the market has moved beyond the originator compounds such as the epoetin-alpha products Eprex and Erypo to longer-acting compounds such as Roche’s Mircera (PEG-epoetin-beta) or Amgen’s Aranesp (darbepoetin alfa).

Companies can minimize competition from biosimilars by displacing their own originator compounds with improved products. (See Exhibit 5.)

The graphs in Exhibit 5 indicate the extent to which biosimilars penetrated national markets in Europe. Each point represents a given type of molecule in a given country (color-coded by type of molecule). The upper panels show that biosimilars have high penetration of that part of the market where they compete, often taking 50% to 100% within a few years of launch. The lower panels show that this effect is dampened where the fraction of the market available to biosimilars is limited. From an originator’s point of view, it matters little if a biosimilar competitor takes close to 100% of the available market if the available market is just a small fraction of the total market.

In other words, in Europe, market forces have propelled the adoption of biosimilar replacements for originator molecules, but wholesale biosimilar takeover is limited by specific market factors such as the presence of next-generation products.

The other good news for originators and biosimilar producers alike is that the arrival of biosimilar compounds is associated with market expansion. (See Exhibit 6.)

Exhibit 6 shows that there is a comparatively linear relationship between the magnitude of the price drop that accompanies a biosimilar’s arrival and the rate of the growth of the market in volume terms. As biosimilars arrive, more patients get treated with each class of molecule.

The growth partly stems from greater uptake related to lower pricing and partly from innovations that take the market beyond the originator molecule and beyond the biosimilar.

A price drop does not guarantee market growth. Concerns about adverse coronary events associated with erythropoietin use, for instance, disrupted growth in many European nations. Experience in the European market, however, suggests that a price drop of X% is associated with subsequent volume increase of 2X%.

The line between biologics originators and biosimilar developers is becoming fuzzier, with companies like Amgen, Merck, Sanofi and Pfizer playing on both sides of the divide. The biologics battle is no longer a fight between incumbent giants and wannabe minnows, a confrontation that will be decided solely by economic might and market muscle. Positioning and strategy will be key.

While the more centralized systems of Europe do not mimic US health care dynamics, it would be a mistake for strategists from originators and biosimilar producers alike to ignore precedents from developed markets just because they come from another continent.

Human growth hormone is clearly not Humira or Herceptin. But it would be an error to believe that nothing in its European history can illuminate the fate of blockbuster markets.