California’s 2020-2021 fiscal budget includes plans to work with manufacturers to establish the state’s own generics label. But industry is sceptical that the initiative will deliver the savings that the US state hopes for. 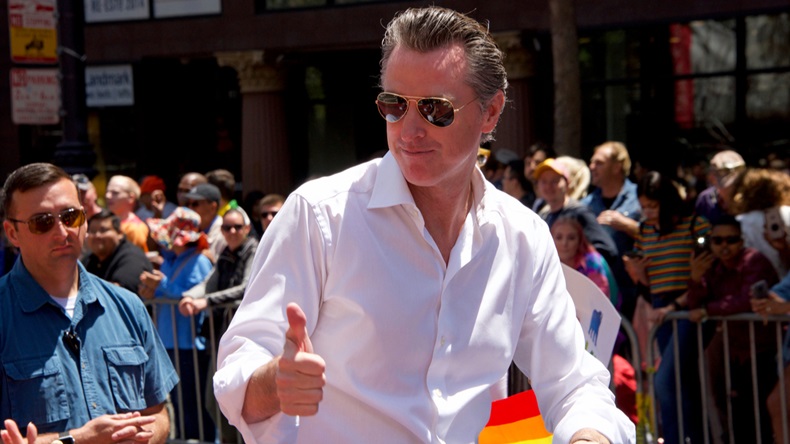 California will become the first US state to operate its own generic drugs label, under plans unveiled by state governor Gavin Newsom. But industry is sceptical that the plan, which involves partnering with one or more manufacturers, will make a substantial difference given the multitude of challenges currently facing the industry.

“Prescription drug prices are too high. I’m proposing that California become the first state in the nation to establish its own generic drug label,” state governor Gavin Newsom remarked. “It’s time to take the power out of the hands of greedy pharmaceutical companies.”

“We need to lower the cost of prescription drugs – and the greedy pharmaceutical companies are going to fight us at every turn,” Newsom predicted. “So we’re proposing to create our own prescription drug label.”

Unveiling his $222bn state budget for California for 2021-2022, Newsom announced plans for a new ‘CalRx’ generics program that would see the state create its own generics label. This, he said, would make “the state’s generic prescription drugs available for sale to all Californians.”

“We believe as a nation-state – the fifth-largest economy on the planet – that we can do more on prescription drugs beyond just being a single purchaser,” Newsom told a briefing on the budget plans. “We believe we can get into the business of generics,” he told journalists, adding that this initiative was likely to be branded through the state’s existing California Rx pharmacy coupon card.

Insulin In Californian Governor’s Sights
Newsom revealed that state authorities were “already in active conversations with some of the major purchasers in this state.” Declining to provide details of those negotiations for fear of condemning the scheme to failure, the governor hinted that the program could expand beyond small-molecule generics to include biologics. “Things like insulin are top of mind in terms of this prescription generic program and strategy,” he proclaimed. “That is just one of many examples where we think this could drive down costs significantly.”

Revealing that “we have been talking about this for six months,” Newsom said the generics initiative was “one of the first conversations we had when we were putting together this year’s budget.”

“We are building partnerships and we will have a detailed spring proposal on this that needs legislative support,” Newsom promised. Pledging “trailer bill language” – implementing language for the California State Budget Bill – he said the administration would lay out its legislative strategy “as early as the spring of this year.”

Detailed Proposal Promised This Spring
“This spring,” it promises, “the administration will propose to establish a single market for drug pricing within the state, as well as the state’s own generic drug label.”

On the generic contracting program, the Californian administration says it will “negotiate partnerships to establish the state’s own generic label. The state would contract with one or more generic drug manufacturers to manufacture certain generic drugs on behalf of the state and participating entities.”

“This proposal,” it believes, “will increase competition in the generic market, resulting in lower generic drug prices for all purchasers.”

Within the next few months, the administration also intends to unveil its ‘Golden State Drug Pricing Schedule’ to create a single market for drug pricing within California. This proposal would enable all purchasers – Medi-Cal, California Public Employee’s Retirement System, Covered California, private insurers, self-insured employers and others – to combine purchasing power. Drug producers would have to bid to provide their products at a uniform price. California intends to invoke a ‘most-favored-nation clause’ in the tendering process which would require manufacturers to bid at prices at or below prices offered to other states, nations or global purchasers.

>   Medi-Cal Best Price – Expanding existing legal authority for California’s Department of Health Care Services to negotiate supplemental rebates based, in part, on the best prices that manufacturers provide to other US purchasers by allowing the Department to consider best prices provided internationally.

>   Rebates For Non-Medi-Cal Drug Purchases – Leveraging the purchasing power of the Medi-Cal program to negotiate supplemental rebates on behalf of targeted populations outside of Medi-Cal.

California’s aggressive action on drug costs appears to be born out of frustration at a lack of action on a national level.

“High prescription drug costs are a national problem that impacts all patients and drives up the cost of health care for everyone,” the budget summary states. “Absent federal action to address these rising costs, the state will use its market power to secure better prices from pharmaceutical manufacturers for taxpayers, employers and consumers.”

Newsom’s “bold steps” to control drug costs were praised by his Democrat colleague and California Senator Kamala Harris. “It’s time for Congress to act and lower drug prices for people across the nation,” she insisted.

But the response from the US generics industry has been far more guarded.

“We are happy to work with Governor Newsom and his staff to help address the challenges of bringing to Californians more affordable generic and biosimilar medicines,” Jeff Francer, vice-president and general counsel of the US Association for Accessible Medicines, told Generics Bulletin.

Generics Saved California Over $26bn
“California’s own data demonstrate that generics are the solution to high health care costs for patients,” Francer insisted. According to the 2019 edition of the AAM’s Access and Savings Report, generic competition saved California $26.1bn in 2019, the highest figure for any US state, representing nearly a tenth of the $293bn total.

“If California enters the market itself, it will face the same market dynamics that have led to generic prescription drug price deflation in the past three years, as well as certain cases of patent abuse that have led to longer monopolies by select brand-name drugs,” Francer stated. “Unfortunately, the governor recently signed into law AB 824, which will make it more difficult to challenge brand-name drug patents that keep prices higher longer for California patients.”

The AAM has already run into conflict with Newsom and the Californian administration over the AB 824 state legislation banning so-called ‘pay-for-delay’ reverse-payment settlements of pharmaceutical patent disputes. Having failed to secure an injunction to prevent the legislation coming into effect, the off-patent industry association is now aiming to appeal to the US Court of Appeals for the Ninth Circuit. (Also see "AAM Appeals Over California Pay-For-Delay Law" - Generics Bulletin, 3 Jan, 2020.)

Legal Battle Over Patent-Settlement Legislation
Newsom cited having signed the AB 824 legislation on patent settlements into effect as part of his response to a journalist’s question during the briefing as to why the administration was focusing on generics when branded, patented drugs were responsible for the bulk of rising drug costs. The legislation, he maintained, was providing greater transparency around patents and intellectual-property barriers to competition.

Furthermore, Newsom added, initiatives that the state had taken last year to consolidate drug procurement were on course to exceed the projected $398m annual saving. Last year’s executive order N-01-19 aims to address an annual rise of around 20% in California’s prescription drug spending since 2012 by requiring the state’s Department of Health Care Services to “take all necessary steps to transition all pharmacy services for Medi-Cal managed care to a fee-for-service benefit by January 2021.” This, the order said, would “create significant negotiating leverage on behalf of over 13 million Californians and generate substantial annual savings.”

“This year,” Newsom summarized, “we have got to get serious about reducing health care costs in a much more transparent and meaningful way.” He said the budget contained measures intended to expand public health coverage under the Medi-Cal program for Californians aged 65 years and older. Furthermore, he pledged, the administration would tackle “surprise billing” by hospitals and clinics.

Presidential Hopeful Mooted Public Production
California’s move to take generics supply into its own hands is the first such move by a US state, but is not entirely novel. Public generics manufacturing at a federal level has been mooted by US Democratic Senator Elizabeth Warren, who is among the candidates to run for US president this year. (Also see "Senator Wants US Government To Make Generics" - Generics Bulletin, 21 Dec, 2018.)

A similar idea was put forward by Jeremy Corbyn, the leader of the UK’s major opposition party, Labour, ahead of the party’s recent comprehensive defeat in a general election. (Also see "UK Industry Is Puzzled By State-Ownership Proposal" - Generics Bulletin, 27 Sep, 2019.)

In the private sphere, hospital buying consortium Civica Rx has teamed up with generic injectables producers such as Hikma and Xellia amid concerns over not only price increases for certain drugs, but also supply shortages.  (Also see "Hikma And Civica Ship Eight Essential Injectables" - Generics Bulletin, 10 Dec, 2019.) Several other buying groups and group purchasing organizations are pursuing similar strategies.